Creative Nation: How the creative industries are powering the UK's nations and regions - a-n The Artists Information Company 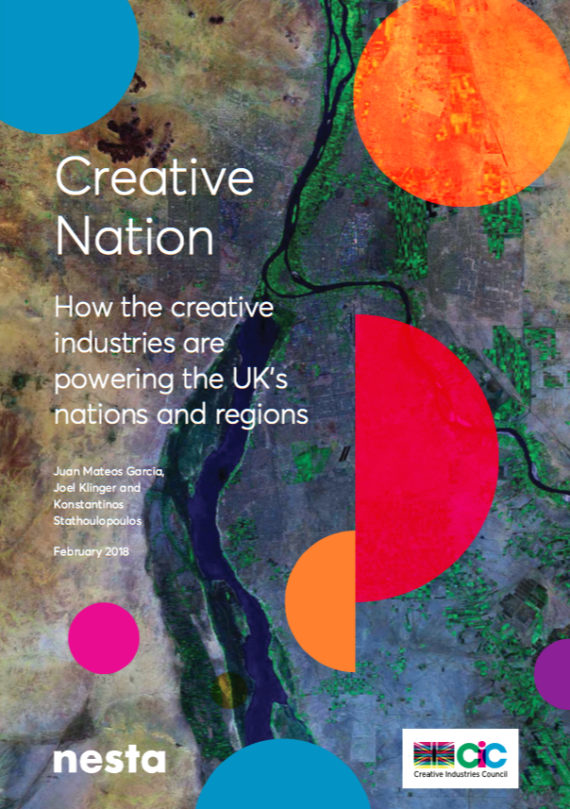 Up to date analysis of creative industry clusters and growth in the UK. Reiterates much that has already been said about the economic contribution of the creative industries sector to the country, but useful to have the latest figures. Reports that the sector employs over 2 million people and is growing at twice the rate of other sectors. Makes the usual somewhat paradoxical point that the sector is often powered by micro-businesses which need to ‘scale up’ to realise their economic potential, and ultimately to become more productive. Produced to provide data to support initiatives like the AHRC’s Creative Clusters Programme, supported by the Government’s Industrial Strategy Challenge Fund. Has a useful Executive Summary that organises the findings into eight key points.

Nesta is an innovation foundation. It backs new ideas to tackle the big challenges of our time.

The Creative Industries Council is a joint forum between the creative industries and government.

Set up to be a voice for creative industries, the council focus on areas where there are barriers to growth facing the sector, such as access to finance, skills, export markets, regulation, intellectual property (IP) and infrastructure. Action will be taken forward in these areas through the work of a small number of ‘task and finish’ working groups.