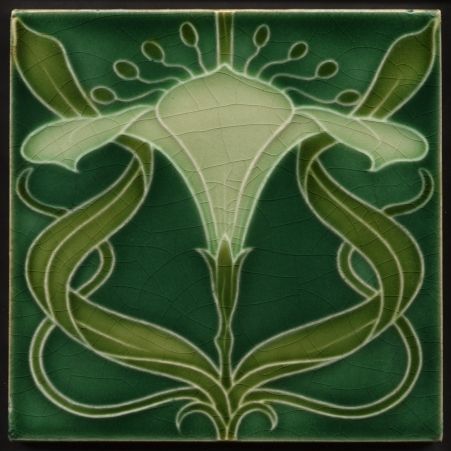 ‘Hippies use Side Door’ reads the sign. We enter, my companion and I.

A rabbit dressed as a pirate slouches alongside soft padded crustaceans seated among a faux film set. A clam on a skateboard takes centre stage. Nothing happens, all is still, the final shot. The non-real curtains to raise open after dark once the museum doors are closed and everyone has gone home. Then to bogle, to dance, to play, to shake and move until dawn…..

Mickey Mouse’s hands do a dance to their own tune (but what have they done with Mickey?)

She slumps voluptuous and naked above gingham hillocks.

Two more clams, soft-furnished. Hanging overhead from their very own swing, chattering below the grandiose gilded and golden ecclesiastical ceiling.

Stepping our way down and through Trongate we pass closed down, shut up shops, boarded up windows, faded signage, cracked coloured tiles; things moving on to a shinier part of town now.

Reconstructed vignettes of the city, traces of the passed by, the commonplace, the nothing to see here, nothing worth seeing there. The generic frame of a bus stop now represented as the grand columns at the pearly gates, an unremarkable wall becomes a woven web, the uninspiring bricks gentle seating, all delicately revealed to be beholden.

Archival books, films, prints at the Glasgow Women’s Library, Spare Rib, Jo Spence, Roni Horn reminders of female power, and of the continual and continuous struggles against the patriarchy. Up close and personal. To be seen. To be heard. Political. Vital.

Outsider art exhibit in a hard to find 70’s office block. Takes on TV Classics; Laurel and Hardy, Zoro, Mr T, Incredible Hulk. A nostalgic trip to my childhood and I muse that the artist must be from my generation. A wunderkammer of kinetic, frenetic behemoths of many shapes and sizes, a moving, creaking, twisting, mutating ,mechanical freakshow, on the hour every hour for our pleasure and delight. The eccentric inventiveness and true craftsmanship of a Russian fanatical collector, hoarder, tinkerer and maker revealed.

Stopping off for respite from a day perambulating the city and it’s artists, for a pint of Tenants like the locals, but our Southern accents are a dead give away that local we are not.

We head down a long, straight, flat road that makes it seem longer than it really is –  past traffic lights, tower blocks and a charmingly ramshackle red brick building that looks like a former public house that called last orders many years before – with green shrubbery spouting from it’s cracks and crevices – to find No. 26 on the art map located under some railway arches but try as we might, wander where we may, and ask who we will, it is not to be found. Not by us, not today.

Back towards the centre we enter Avant Garde; a throw-back to faded watering holes with threadbare furniture, pool tables, the subtle but ever-present waft of stale booze and sodden beer mats, to a rolling country and western soundtrack. No irony here. Through the bar to the basement; the aftermath of the after party of the night before. Straw strewn across the floors, swathes of fabric droops amid the caverned, claustrophobic cellar space, the stage still set but no party going on here today that’s for sure.

We make it back to our Glaswegian tenement apartment, and climb up each step of it’s five flights with it’s tiles that i’m becoming so fond of cracked like aged hands. Sleep beckons.

The expanse of a floor in a once-grand and splendid room, a crumblesome courtroom in the now run-down building ripe for renovation with it’s splintering ceiling in tatters. An extra layer now on the floor hand-made from take away tubs cast in plaster, many hundreds, thousands even, crack, crunch and break so satisfyingly underfoot with each step. A crumbling floor for a crumbling room. In the corner, a solitary cymbal hangs from a string made of plaster sausages raises and lowers, raises and lowers enticing you to strike it, but always narrowly avoiding a connection being made.

Art objects, as well as fixtures and fittings as secondary art objects suspended and hanging from ceilings and structures is a recurring sight as we stroll through our travels around art in the city.

In a room at the top of a newly converted town house with those tiles again, baby blue this time, at the entrance and an incredibly neat staircase sit some uninspired plastercast drainpipes, a handful of peaches and a singular saw. Worth the trip for the house alone.

The Mushroom Band, the Isle of Mull, the Isle of Mushrooms. A field of mushroom bells for the ‘Mushers’ a newly formed community for the newly formed ceramic mushroom instruments. Will it catch on? Discourse on thin places and spaces, of entry points for the otherworld told in part through binaural recording methods. Alternative histories, radical & feminist politics and countercultural activities of Garnet Hill told through archival and audio materials as a reminder of the importance of thought, hope and action to elicit change and inspire minds.

Moving into the night we take a punt and head out of the city limits, away from it’s lights on a hour long train journey to a small town community centre for an evening of entertainment in the name of art. An experimental fabric opera, surrealist delight and wonder, humour and lightness, soft play for grown ups.  A collective troupe, a tribe of women, tribal women folk with energy abounding; lurid, dramatic, joyous and ridiculous costumes, outrageous unearthly creatures and cretins, food cans make for stilts, inflatable octopian arms, joined by a woman on a stupendous newfangled sound making contraption straight from a tinkers shed. Bicycle wheels and pumps scrape and keeps pace, a trough of water squelches, pops, bubbles and bloops. The troupe meander throughout the room telling a far-out tale that is fantastical and remains unknown to me, and then onto performing as a full band. The workwomanship and vitality of this tribe is quite remarkable.

We return home and locate the rooftop key to look out over and breathe in the city that has fed us this day.

A DIY artspace in a bone chilling -2, dilapidated, disused building full of charm. The spirit and freedom of doing it yourself without constraints or expectations is refreshing. A bizarrely enjoyable performance about a man and a bull takes place in a tiny, dusty room where the audiences breath creates fog.

A kitsch, trashy and fabulous TV set for a Latino telenovela from the past with jungle wall paper, plastic flowers, leopard print, costume jewellery, sequins galore – only signs of the actors presence remains. Teasers and rushes played out on monitors.

Out on in limb in suburbia, we ask a stranger how to get to the train station and he walks us there – him and his child.

As You Were. Old-fashioned women’s 1950’s-esque undergarments crafted out of latex hang solitary from minimal, bare wooden frames, lost in their size. Animated robotic, too-perfect looking, too perfectly shaped barbie women dressed in latex army uniform walk a steady and constant pace through the virtual desert in time with the too-quiet beat of the unremarkable accompanying soundtrack.

Once more, making visible the mechanisms, construction and functionality of artworks and installations – wood and metal bared, frames, nuts, bolts and screws, everything on show.  Making visible is the aesthetic in and of itself. A trend and recurring theme.

Also visible through our jaunts around art in the city and outside it, is the recurrence of female artists creating sensory work and reclaiming fabric, costuming, soft sculptures, furnishings, stuffing, tactile, flesh-like, costumes for performance, props. Playful, vibrant. Alive. Art you can touch, feel, play with – a fuck you to the austere art world white cube. Don’t touch me i’m precious. Touch me i’m real. I’m here.

En route back now to our base camp, full to bursting with art, with thoughts with ideas, we make one more stop and find ourselves in a small long-abandoned graveyard, where we sit on beautifully printed beanbags of witches, hags, wickermen and occult symbols for far too long weary after three days exploring, discovering the nooks and crannies of this authentically urban city that feels very real.

My entrancement with the tiles visible on the streets continues as we walk, seeking them out at the entrances of shop and apartment buildings. I fall in love with a border line of emerald green, art deco ones at the door next to ours and wish I had the pleasure of seeing them every day on my way in, and on my way out. I imprint them to memory like a photograph as a keep sake and as a memory of the fading industrial decay of the wider city centre boundaries, the vast open spaces, the long roads, the ‘anything goes’ attitude  that i perceive it to have, this city that appears so open minded to creativity.  Artists truly inhabiting the city for this momentary aeon.

**The accuracy of this text has faded with memory much like my beloved tiles.