If I indulge my ego by using art materials with wanton abandon, I destroy the planet. If I stifle my ego, I don’t create art and my mental health suffers. What then is the solution? 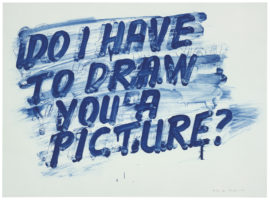 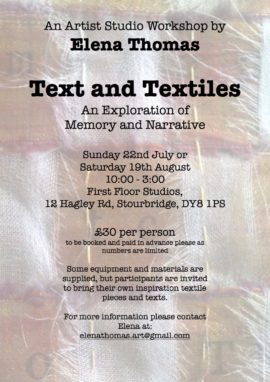 City Centre 12 May 2018 – A walk from town to countryside (Crouch Hill, Oxfordshire, UK) Walked by Ruth Broadbent and Rhiannon Evans Blake Morris is walking each of the walks from Ways to Wander by Clare Qualmann and Claire Hind […]

The elements that I’m focussing on – words, seeds and something that has been lost. Seeds – plants as part of the language of an area.  Language as a reflection of the landscape.  Plants individually remain the same across generations, […]

I recently took the four-hour train journey from Margate to Salisbury to see an old drawing of mine which is on show at The Young Gallery. I’ll be showing more of my work there later this year but for now […]

In the autumn of 2017, I was invited to develop a piece for presentation for the 2018 sonADA festival in Aberdeen. This would be a live performance and I was reassured that as long as I made some sound, I […]

I have been writing here in several posts about my latest work “346. A Journey While Staying As Still As Possible”: I have explained how the format, the accompanying model, the visuals and the contents of my book all are […]

The centrepiece of “346. A Journey While Staying As Still As Possible”, a piece of book art about my experiences during a difficult pregnancy with twins is of course the book itself. I described the format – a scroll – […]

If you are not a book artist or a collector of rare books, chances are that in your bookshelves there will be very little else than industrially bound books, with a spine at which a stack of pages is held […]

This is  a first blogpost in a series in which I want to share images and thoughts about my newest book “346. A Journey While Staying As Still As Possible”. It comes in an edition of 10, and along with […] 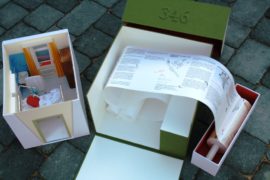 The blog title is really the title of my newest artwork. I want to present and discuss the various aspects that make it up. 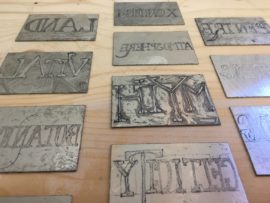 Blogging through a concise period of work.