We continue our celebration of a-n’s 40th Anniversary with nine more interviews in our 40 Years 40 Artists series. In these conversations with writer Louisa Buck, artists reflect on the main changes they’ve experienced over the last 10 to 20 years and discuss what they see as the role of art and the artist today.

Of the many seismic global events that occurred in the 2000s the 9/11 World Trade Centre attack haunted the decade. The subsequent US-led ‘war on terror’ saw invasions of Iraq and Afghanistan, and in London two million people attended protests against the Iraq war in 2003. Two years later the UK’s worst terror attack took place in co-ordinated suicide bombings across London.

The 2004 Indian Ocean earthquake and tsunami killed over 230,000 people, becoming one of the world’s deadliest natural disasters, while global temperatures and concern about climate change continued to climb, with the 2000s the hottest decade on record.

Euro coins and banknotes entered into circulation, Barack Obama became the first Black US president, and New Labour won a third consecutive term with a majority. London voted in the UK’s first directly elected mayor, the Disability Discrimination Act was passed and in 2008 the Global Financial Crisis triggered a recession that would lead to 10 years of austerity.

Social media swept across the globe with the launch of MySpace, Twitter, Facebook and YouTube, while email established itself as the primary mode of communicating across distance and in the workplace. The iPhone entered the market and Google Street View made distant places seem even closer.

The Labour government reinstated free entry to national museums, and launched its flagship Creative Partnerships scheme which engaged artists in schools to develop pupils’ creativity. Arts Council England launched Grants for the Arts, and Wales and Scotland had their own pavilions at the Venice Biennale for the first time. The introduction of Artist’s Resale Right entitled artists to receive royalties on secondary sales of their work.

It was a busy and fast-moving decade for a-n too, beginning our migration to digital platforms and relaunching the magazine in full colour in 2000. We published the 250th issue, celebrated our 20th anniversary and in 2003 a completely revamped and refreshed a-n.co.uk went live.

Throughout the 2000s a-n represented a broad range of artists’ practices and concerns, just as we continue to do. As an editorial in April 2007 said: ‘It’s at the heart of a-n’s editorial policy to seek out and give space for a multitude of voices rather than the select opinions of a few.’ 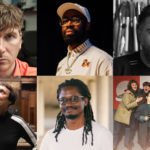 Harold Offeh outlines how his success as an artist "has been built on the hard efforts, work and activism of previous generations."

Jasleen Kaur discusses her shift from craft into visual art and her deep investment "in art as a means of speaking or coming into voice."

Barby Asante reflects on what has changed for artists in the last two decades, and on the "deep and painful work" of decolonising the art worlds.

Artist collective Rat Trap outline their hopes for the future of the arts in Wales and consider "how to keep striving for utopian visions".

Mark Titchner describes the role of art in engendering empathy and how artists "hold up a muddy mirror to the world".

Bedwyr Williams considers the role of art and the main changes he's experienced as an artist over the last 20 years.