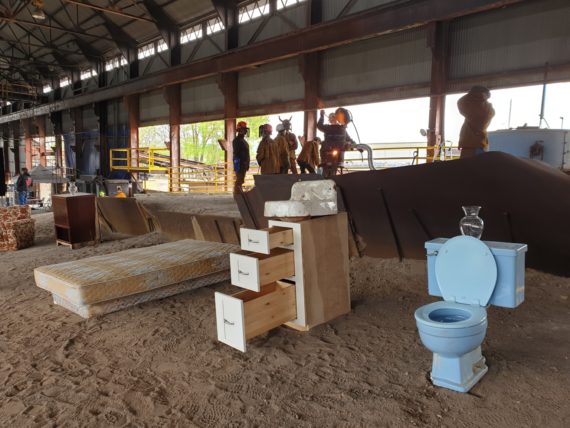 A Woman’s Place (semiotics of the domestic) emphasizes how a woman and her implements disrupt the familiar system of everyday meanings. An all-female crew will conduct a production pour to encompass the live aspect. The performance features “a daily routine” parallel the conceptual aesthetic of the domestic.

The presence of women in industry, specifically foundry work continues to bear concerns and prove challenging; this performance is an attempt to celebrate a female presence and to work with international artists to form dialogues and expand my practice employing collaborative exchanges.

This performance is supported by the Arts Council of Wales International Grant Fund. 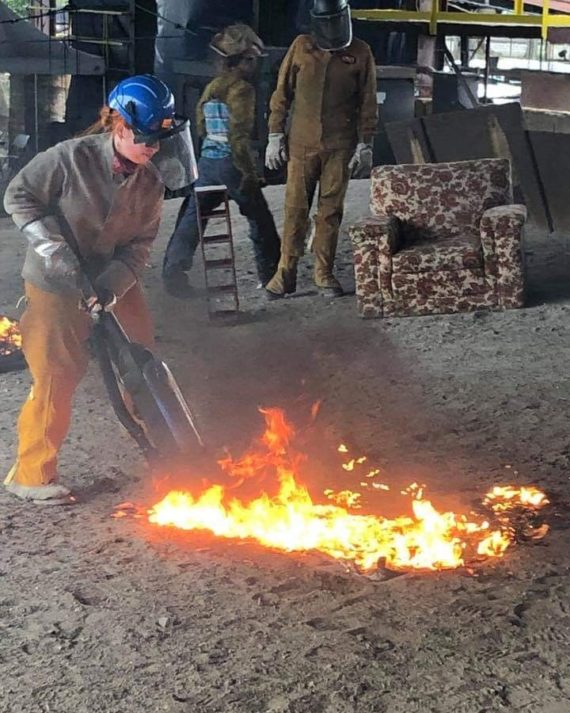 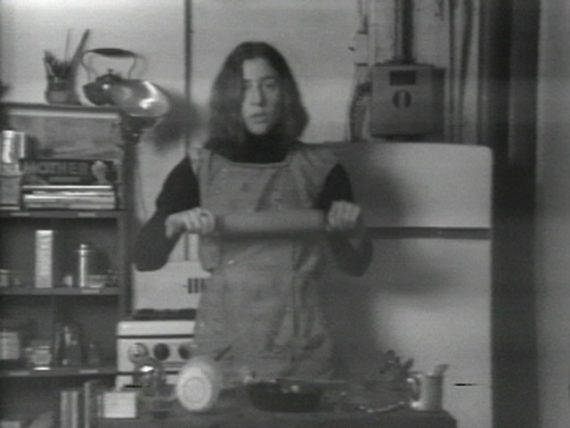