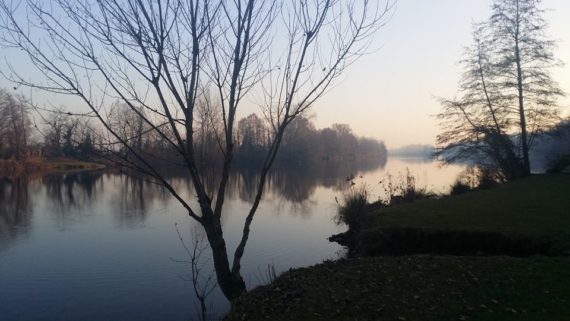 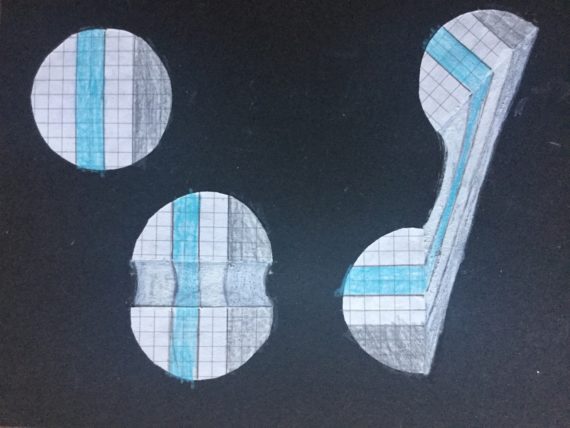 During my time in Italy in the summer and autumn this year, I started a fruitful conversation with Laura Cima. Cima has been part of the political and cultural context that has been recently referred to as ecofemminismo [ecofeminism] in Italy, and discussed its historical instances in the book L’ Ecofemminismo In Italia (2017), with Franca Marcomin. This helped me to position my developing artistic practice within the understanding the history of a period in the country I grew up in, and finally reexamine some of the reasons underlying my decision to leave in mid 90s.

The book was published at the same time as I was working at the project Seeds of Attachment, and when I was discussing the connection between ecology and feminism with Feminist Geographer Susan Buckingham here in the UK, mentioned in a previous post.

The following account includes translated material from Cima’s own blog, which gives an overview of the Italian political context within which women got organised to become institutionally represented to further environmental concerns and policies, as fully explained  in her book as well. Here I am only going to include a fraction of it, in the hope it gives a sense of the complexity and importance of such a sidelined aspect of recent history of women and ecology struggle in Italy.

Cima explains that from the strands at the intersection of environmentalism and gender studies, some feminist debates have criticised the dominance of technology and science over nature, typical in the period from 19th century onwards. Many contributions to what she defines as  ‘controcultura’ [counterculture] came from women based in the south of the world, such as: Vandana Shiva, Arundathi Roy, Bina Agarwal in India a Shanysa Khasiani e Esther I. Njiro in Africa.

The movement gives voice to women who claim their rights, their political and social equality with men, to include the affirmation of a feminist specificity as an alternative to the male culture. Some Italian and international authors have pointed out how ecofeminism aims at facing, and moving passed discriminatory models through a revaluation, celebration, and in defence of all that a patriarchal society has devalued. This happened through interpreting life according to dichotomy filled metaphors where all that is feminine is undervalued as it has been associated with physicality, emotions, social intelligence, intuition, cooperation, instinct to take care, the attitude to feel empathy and sympathy, whereas masculinity is celebrated because linked to opposite concepts like theorisation, rationality, intellect, competition, dominance and apathy.

Cima explains that when it was first formed, this counterculture included different positions, from the more liberal, Marxist, radical or socialist ones on the one side, to those stemming from considering essentialism (linked to an ideal of femininity in relation to the mother-earth parallel). This demonstrates the diversity, but also richness of such a context, which in addition also interweaved with pacifists, the antinuclear movement, the critique to polluting industrialism and other politics, which were aggressive towards the ecosystem.

The political landscape in Italy included, since 1985 onwards, and coinciding with the Liste Verdi, leading to the Italian Green Party, many women who contributed to the environmental movement and who were hoping to institutionally represent the ecological cause. This gave rise to a sort of ecological feminism, which built on the success of the election of the many female members of the Green Party at a regional level first in the mid-eighties, to then become represented institutionally in parliament. During the process environmentalists and feminists worked together to take part in the great cultural, social and political change thus taking place in Italy.

More specifically Cima states that the arrival of ecofeminism in Italy followed the crisis of the social system in 1970s, which included the crisis of the nuclear and the polluting chemical industry. This changed social behaviours including eating habits, the spreading of speciesism, and an increased respect for nature, however she admits that it’s not easy to trace back the way in which women were actively involved in politics and ecology since that moment until the present day, as it lacks of formal institutional continuity. For example, she discussed how the experience of those elected as part of the Green Party slowly imploded due to the reaction and attack of the mail dominated ‘Arcobaleno’ [rainbow] political lists to crush the experience of the ‘Sole che ride’ [laughing sun] movement. Arcobaleno invaded the ecology driven context while imposing a reactionary restructuring in the movement, which was eventually turned into a traditional party while expelling women from parliament.

This is evidenced by a significative historical episode defined as “fase del matriarcato verde”, which can be translated as: the green matriarchal phase. It refers to a time when the parliamentary committee of only women in the Green party at the end on the 80s managed with other women a very difficult time for the ‘Sole che ride’ movement, when it was merged with members of ‘Arcobaleno’.

Cima then mentions related movements and other women sharing similar concerns, including Laura Conti, who has been recognised (despite her reluctancy) as one of the mothers of the movement.

For the underlying theoretical aspects of  “green feminism”, as Franca Fossati used to call it in the article «Noi donne» (December 1986), one has to go back to the origins of the ecology and antinuclear movement in Italy, especially after Chernobyl (April 1986), when many feminist groups engaged in an in-depth discussion on science.

In Pescara, in September 1986, the first international conference of the ‘Liste Verdi’, “La terra ci è data in prestito dai nostri figli” (we borrow the earth from our children)  aimed at facing the problem of representation, which proved to be very complex indeed. Cima illustrates an example of such a struggle, by stating that from the 15 fora on ecology to be convened, the newly then born “arcipelago” [archipelago] – so called to be distinguished from other traditional political  parties – none of them was for women, real or symbolic mothers of those children, the future generation the very context would try and protect. Therefore around a hundred women got organised to meet just outside the hall for ‘important’ works, to discuss sexuality, maternity and abortion as well as the consequences of the nuclear disaster and of how to reduce violence in society. Soon there were talks of the necessity of a 50% representation in all decisional levels, as in both the arcipelago and the PCI (Communist Italian Party) women would be happy with 25%. This rate would increase after many more actions in the years to come.

The duality of conceptual identity of ecofeminists is one that requires finding ones own balance to define ones own position. Franca Fossati quotes a related remark by Laura Cima about the dilemma of privileging the feminist identity or the ecologist one: «The identity I found belongs to me. It is in this way that I am part of the Green List in Turin, like an outsider, free to change my mind when I feel like it, to take part and contribute or not, if something does not feel right».

Cima’s is of course only one example of the many contributions in the the ecofeminist debate at the time, in relation to the ecology political movement, to include: women, science and technology, motherhood and pregnancy, places and strategies of power to women.

More specifically Laura Cima’s contribution to the theorization underpinning ecofeminism is evidenced in the following. In December 1989 she questioned a phrase by Gianni Tamino – which said: «we have to place man at the core of nature» – by stating:

“I say that we have to place man and woman at the core of nature, and I don’t mean this only in a formal way, but in its very substance. I am very happy to be leading a group made of only women  because today is very important to act at a symbolic level […] the great ecological discovery is the affirmation of the ‘pensiero circolare’ [circular thinking],which is exquisitely [sic] feminine, over what can be said to be a male linear thinking. The latter dominates nature, women and the weak, and is thought to be based on a pyramid structure type of society, where the white man sits at its vertex. The roots of this system of thought are to be found in Cartesian philosophy, which is now crumbling: from the use of language with neutral pronouns, to the separation between mind and body, and between rational and irrational, subject and object, nature and culture.

A new thinking system is forming, one which breaks the closed spheres, it’s enriched by difference, and starts from the singular, temporal, local, while looking for connections therein, to then separate when searching for clarity. The process of knowledge searching becomes more complex. It crosses through interweaving trails, growing apart to then get reunited. It’s a disruptive and unprecedented novelty, which finds similar unconventional organisational forms like the challenge we are taking up to be an ‘arcipelago’ [archipelago was a working group] to be found in the institutions without becoming a party.”

This discourse originating in the 70s is today more relevant than ever, and need to be shared widely for it to be impactful at many different levels in society, politics and culture. Ultimately, green women state that they do not want to reiterate the woman-nature / man-culture dichotomy, and female inferiority, and instead propose the culture of respect to that of domination. Respect for all living beings.

They affirm that the female form of reason has a body too. This is why the relationship with reality around women is not just object of rational analysis, but is warm, affectionate, and subjective. 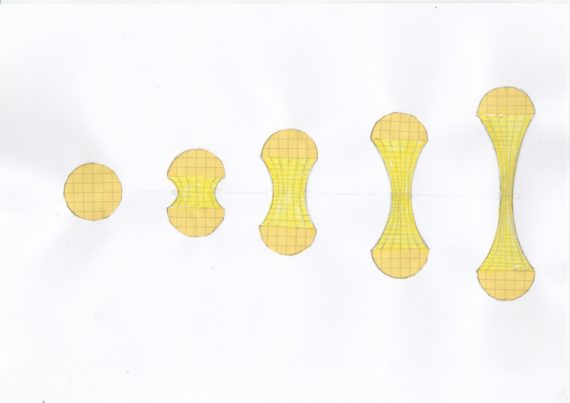