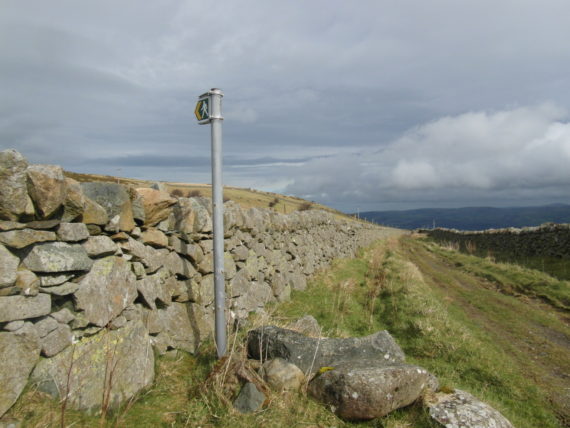 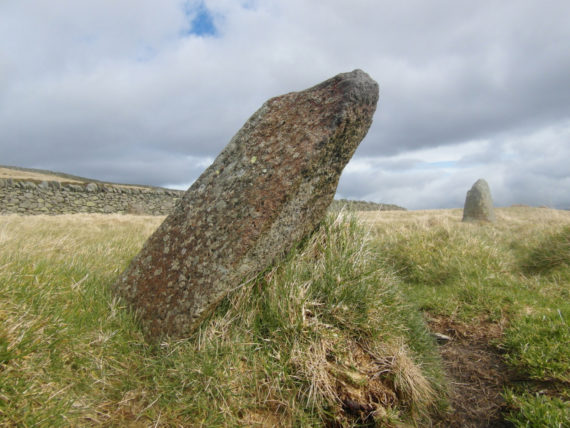 The 2020 project:  Deep mapping an historic landscape in North Wales as part of studying Art-and-Archaeology for “continuing professional development”, but mainly just out of interest.  I once considered doing archaeology as a career but decided in the end to do something else; and then decided to be an artist – but I’ve always kept an awareness that very old things are lurking within the landscape, on the surface or just beneath it.

“The deep map recognises the slippery identity of place, and seeks to visualise the multiple identities that go towards constructing the human experience of place.” (Anon 2015 – Geospatial Humanities website  http://wp.lancs.ac.uk/lakesdeepmap/the-project/gis-deep-mapping/ )

At the height of my enthusiasm for the deep map of Bwlch y Ddeufaen I had a major installation planned:  the long map on one wall; the “data” displayed as numbers and text overlapping on transparent paper, framed and assembled in a sort of grid; a sound piece containing the wind, running water and bird calls just above the threshold of hearing.  I discovered a wonderful rant (in Welsh) by Twm o’r Nant (b.1739) arising from a fictional meeting of two stewards above Bwlch y Ddeufaen, and briefly I entertained grandiose ideas of having that performed as an audio piece.  This was obviously a non-starter – my own Welsh accent is terrible, and I haven’t a clue how to find (or pay) anyone to read it for me.  But I can dream. 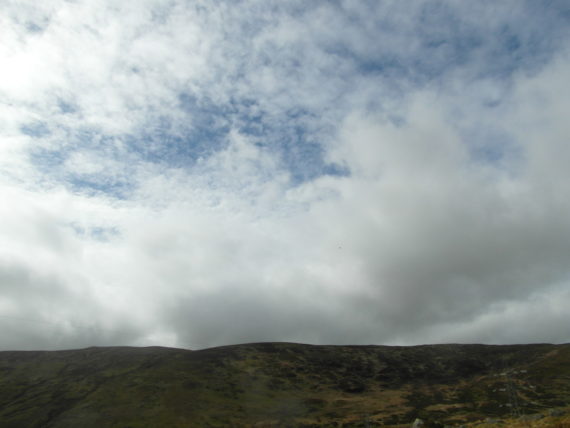 Dark times, indeed.  Or more like grey-ish in my case.  Despite being fit (at the moment, fingers crossed), having enough to eat and being otherwise secure I have found it impossible to do much meaningful work since the summer.

But, but, but – look on the bright side:  I finished the essay and the portfolio and most of the artwork, submitted it and received a positive response.  Reviewing the work itself after a long gap I am pleased to find that I achieved a certain quality as well as quantity in the output.  The Master Plan would have involved submitting a proposal for an installation to the (National) Eisteddfod Genedlaethol, but since the Eisteddfod has been cancelled for another year I have a breathing space and can get on with the unfinished bits and pieces.

About two-thirds of the way into the project I thought I had better read the seminal tome on the subject of deep mapping:  ‘Prairyerth’ by William Least Heat-Moon.  I’m about half way through it, and although it’s very interesting I’m not sure that I’m enjoying it.  It’s an in-depth account of the author’s investigations into a single county on the Kansas prairie, with interviews, documentary research and a lot of walking.  It is not a book to read at speed:  it needs to be savoured – or plodded through.  What bothers me at the moment is the feeling that quite a few of the people (and they are/were real people) in it are not very pleasant, and in trying to be objective the author is coming over as a bit of a voyeur.  I’ve put the book down for a week or so, and am not sure whether I’ll pick it up again.  I ought to give it the benefit of the doubt, and carry on with it – all 460 grammes of it. (Over a pound weight.  For a paperback.)

Edit:  I did finish it, eventually, and I’m still in two minds.  However, there is no doubt that it has been massively influential: the ideas and methodology contained within the concept of “deep mapping” can be traced through the work of artists and writers from Clifford McLucas onwards, spawning a mass of interdisciplinary academic activity – some of which is interesting, and some of which is incomprehensible. 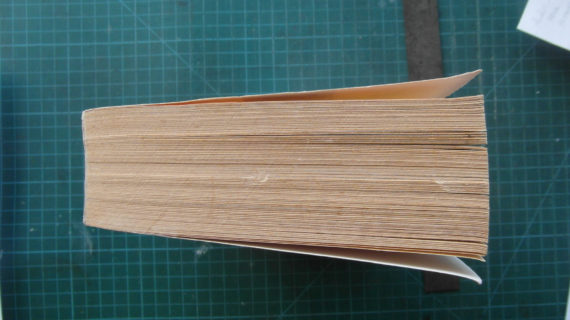 The end of the writing is in sight at last – having spent an unnecessarily large amount of time on doing 1500 (ish) words about my project I have almost, almost got to the point where it might be sort of finished.  It really has been extraordinarily difficult to compress everything I want to say into the official college format for assessment.  I’ve got enough information in my head to write a thesis, never mind a short essay.

As part of the symptomatology of Lockdown Mental Paralysis I allowed myself to become obsessed with online research, and then of course I couldn’t bear not to put it into the essay.  And then I had to take it all out.  And put some of it back.  And take it all out again.  And look online for replacements.  I have developed a strong sympathy for the seventeenth century antiquarian John Aubrey, whose data were stored on slips of paper scattered around his room, most of them annotated with notes to self – “find out more” “ask about this”.

Denis Wood writing about deep mapping in the 1980s: “As we began to turn the new data into maps, and then into spreads, they pushed us to go out and collect more stuff. The mapping drove the thinking, drove the collecting, drove the design; and all these things drove the mapping, pushing us into new subjects, forcing us to find or collect new data, and…it didn’t stop.”  (Reference available on request. I am suffering from reference-typing-overload.)

The graphic component of the deep map has reached a point where it’s just about finished and can rest for a bit.  Plenty of space on the paper for more work if required.  Work in Progress photograph below. 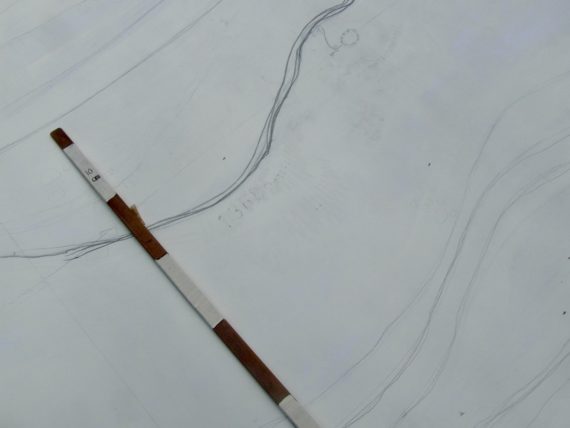 The late Clifford McLucas formulated a ten-point manifesto for deep mapping, and suggested that the outcome should have three components:  a graphic element, which should be large; a database; a time-based media component.

Based on minimum ‘live’ visual research in March I started to make a large painting of part of the study area and failed completely.  One of my unexpected reactions to the lockdown was a complete suspension of my critical faculties – classical anxiety symptom in disguise, I suppose.  As a result, the painting was a complete failure and I have nowadapted my practice to avoid the Big Decisions – colour, composition – and gone for black and white.  Reviewing my photographs of the original month’s work now, they don’t look so bad in detail,  but the overall effect is mush.  Also, I wanted a long thin painting but the painting wanted to be square.