I’m my studio today finally going through all my project receipts, adding things up and reflecting on the 2 exhibitions I’ve just finished.


The last month and a half have been taken up with finishing and installing the project I was working on last year, firstly in a church in West London and then in my studio in Brighton for Phoenix Open Studios.

I gave an artists talk in the church which my family joined, including Abie. He enjoyed the attention but of course did not understand why I was standing up in front of a group of people talking, and I think he wanted to muscle in on the event so I ended having to pick him up while I talked. This was a good learning curve for the next event I did, the opening night of the studios, and I asked my partner to keep him busy that evening. They came along later by which time I had done my schmoozing. 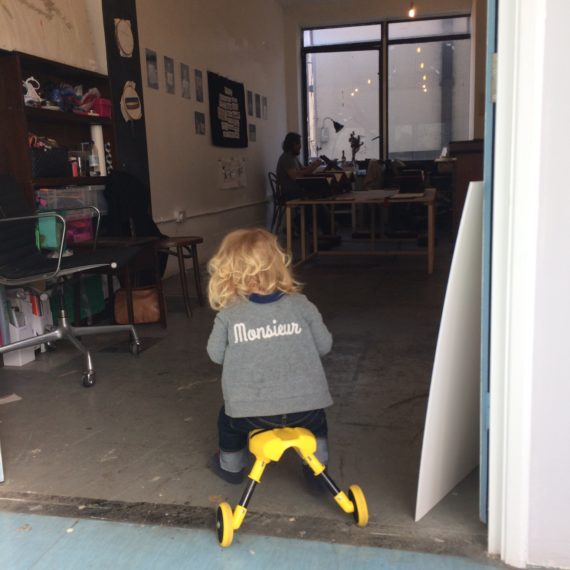 I think Abie enjoyed riding his scooter in and out of the studios over the weekend as well as doing some drawing and bouncing on the chairs, but he didn’t understand the nature of the artwork and wanted to pick up the books I had laid out and put them on the floor.
I’ve just been reading an interview with Paula Rego where she describes working in studio after having children and how the children were never allowed in the studio. Its true that its become harder to work at home because there is always so many other things to do be done so coming to the studio feels like a space to focus, a space where you can forget all the other things (not that you ever really forget) but anyway just be an artist.

I feel like I need that space especially after two exhibitions in short succession. Its great sharing work but it is also pretty draining. At least Abie is sleeping through now. He is nearly 2 years old, so I’m nearly done with my year of having a residency in motherhood. Maybe its time to move on, but maybe I’ll keep writing anyway – as a musician friend with a small child said to me on Sunday, you have to find a way to be accountable to yourself, don’t you.

Katy Beinart is an interdisciplinary artist who examines themes of history, identity and place. Her work is research based and site-specific, and often evolves through a participatory process. She trained as an architect and is interested in readings of both built and natural environments.