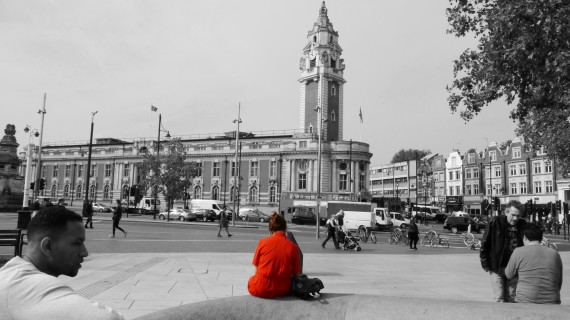 A performance score to travel there and back again

One car ride from Milton Keynes to Flitwick

One tube ride from Walthamstow to Victoria

One car ride from Flitwick to Luton Airport

One bus ride from Victoria to Gatwick Airport

Two planes from the UK to Copenhagen Airport

Repeat the step in reverse a day and a half later

One plane from Copenhagen Airport to Kangerlussuaq

One by-plane from Kangerlussuaq to Nuuk Airport

Repeat all of the above in reverse 12 days later

Turn around. Take a second photo.

Walk 10 steps, glance back to where you came from. Take another photo.

Continue to walk in the direction you began moving, and every ten steps glance back and capture the scene.

Repeat until you have taken a pre-agreed amount of photos.

Glancing Back in Helsinki.

Tracing the Pathway have been visiting Sisters Hope as part of the Sisters Academy, Nuuk, Greenland, exploring with them through art and performance how we might develop more poetic modes of knowledge production and transfer.

‘Sisters Academy is a school in a world and society where the sensuous and poetic mode of being is at the center of all action and interaction. It defines the primary mode of being and is the values on which all societal institutions are building – including the school. Thus Sisters Academy is the school in what we term a sensuous society– A potential new world arising from the post-economical and ecological crisis.’ (Sisters Hope description of the Academy)

This iteration of the Academy is a laboratory for artists, whereas the first iteration took over a secondary school in Denmark and explored in a real-life situation how learning might take place sensuously. All normal classes were taught, by their normal teachers, but teachers were given the freedom to explore their classes by placing creativity and aesthetics at the centre of their concern.