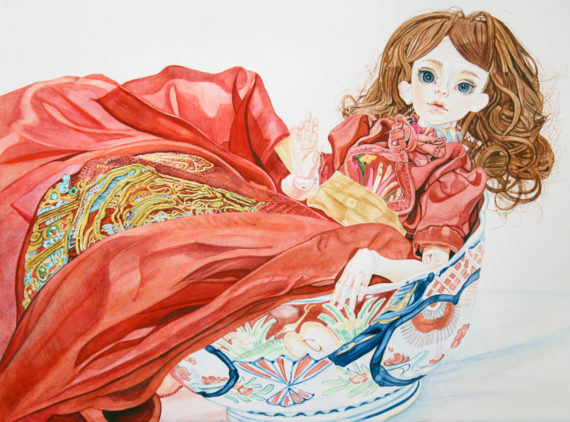 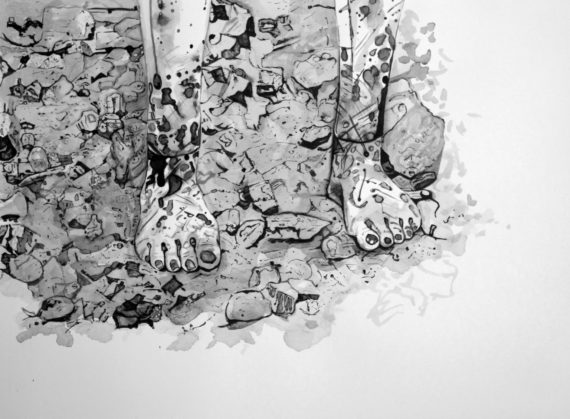 Throughout my career, I have had periods of gallery representation. This enabled me to maintain a successful art practice that was not only sustainable, but provided me with opportunities to showcase my work internationally. I had a good collector base and my work was included in a number of high profile exhibitions, presented alongside a number of artists who have established significant art careers. With the economic crisis of 2008, I not only lost a regular source of income from sales, but I lost my representation, which lead to a decline in the opportunities I received to present my work.

In 2012, I formed PAPER with a group of peers. PAPER is an artist-run commercial gallery representing 20 artists, with a further 40 artists associated with the gallery. PAPER has grown considerably since we started, developing an international reputation through our inclusion in art fairs such as London Art Fair, Art Rotterdam, and Art Copenhagen, as well as collaborations with other galleries, such as Charlie Smith London, A Space Basel and Kir Royal, Valencia.

When we commenced PAPER, our aim was for us to represent our own practice to address the lack of opportunities available in the North-West of England. However, as the Director of PAPER and the public front of the gallery, representing my own work is becoming increasingly problematic, particularly at art fairs. I am finding it hard to present an air of objectivity when my own work is on show. I am concerned that I am not only doing my own work a disservice and not presenting it to its full potential, but having my work on the stand may compromise the other artists’ work. Therefore, I am potentially damaging both my own reputation and also that of PAPER.

Is it; therefore, becoming clear that I require alternative representation aside from PAPER, and this bursary will provide an opportunity to investigate the potential of this goal and identify potential galleries with whom I could develop a relationship.

The process of mentoring has been extremely rewarding and has allowed me to develop my work significantly. It has opened me to a wider understanding of my own work and how others read it. Firstly, how an artist presents themselves publicly is of the utmost importance. From my own experience as a gallerist, when I am looking at artists works for PAPER, a website is the best way to do this. A website allows you to see the how an artist presents themselves publicly, and what decisions an artists makes in regards to their presentational strategies and professionalism. The mentoring was also useful in setting an example of what a gallerist might expect from one of their artists. The reality of working to a set deadline and producing a significant body of work is something that an artist would have to do to produce sufficient work for an art fair or solo exhibition. This is something I expect of my own artists, and so it was interesting to have to undertake this process myself. Finally, the support and critique that I received during the mentoring was of a very high standard and was extremely beneficial. Inevitably, 8 months after the close of the scheme, I am finally finding my way forward with this work. The work did not progress at the speed I would have hoped initially, but I am finding way through. A couple of months ago, I was able to come up with a concept that pulled all my research and ideas together and I am currently working through the first works in this development.

My academic research has been a huge inspiration for my practice and formulated how my work can proceed as a form of methodology. This is something that formed the basis of my PhD research and something that I will continue to develop. Over 2017, I have participated in several national and international exhibitions, which has provided a wider perspective on my practice.

In regards to the objectives of this Bursary, my mentor was able to provide practical advice on proposal writing, she assisted me in rewriting my artist statement and CV, and offered me a great deal of support in regards to professional practice.

My mentor encouraged me to experiment with still life beyond the dolls. I had produced a portrait of my cats using their chewed cat toys for an exhibition I curated at PAPER, The Cat Show, and considered how I could use this method to create portraits of close friends and love ones. I also expanded on this process for a commission I developed a proposal for. Though the proposal was eventually unsuccessful, I had developed a concurrent series of works based on this concept.

In September, I started teaching full-time at University of Salford on the BA (Hons) Visual Arts course. At first this took some getting used to. Starting from scratch I had lectures to write and present, as well as teaching on a day-to-day basis. At first, I was unable to dedicate myself to my painting in the way I might have done previously. However, being based at a University has opened many other possibilities including the use of facilities that I might not previously had access to. With another member of staff, we started using the print room outside of our teaching hours. This has enabled us to significantly develop our print practice.

With the process of making work slowed down, I am able to reflect more on my practice and decide where my work may go. I have continued to experiment and try many new methods of working. I have also had a great deal of time to consider the direction my work has taken. 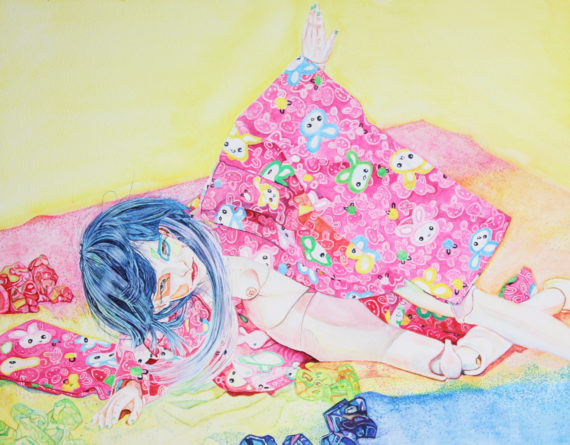 At the end of the 3 months, I presented the work I had completed to my mentor. My current body of work is based upon still lives of Ball-Jointed-Dolls. These are fully articulated Asian dolls that can be painted and dressed to look realistic. I presented these dolls in dioramas, and painted them from life in watercolour and Chinese ink. The majority of the works I produced were around 42 x 30cm. I presented the 20 works completed over the 3 months. I had surprised myself in achieving this task, though the quality of works shifted considerably. Some works were quite detailed; others were experimental as I tried out different methods of working. Presenting these works to my mentor was quite difficult, as because they were done so instinctively, they were difficult to speak about. Many I did with very little planning and did it because it felt right, or I liked it. Having worked intuitively, I do not feel that I had resolved this body of work, and I was still uncertain how the work might progress going forward. My mentor was very critical of some works. In some works, I had chosen to paint the doll unclothed. This was a practical decision as I was concerned that the clothing gave the works an unnecessary cultural interpretation. The clothes; essentially, placed the doll in a specific place and time, and not simply as a still life. However, due to the realistic nature of the dolls and the fact that they were clearly gendered, then this made it difficult to not view them as neutral. My mentor found the paintings representing nude female dolls quite troubling, and she got me to consider how these works might effect how people might contextualise my work; something I had not given any thought to. She asked me to consider the market for this work, and where I wanted to position myself and my work. 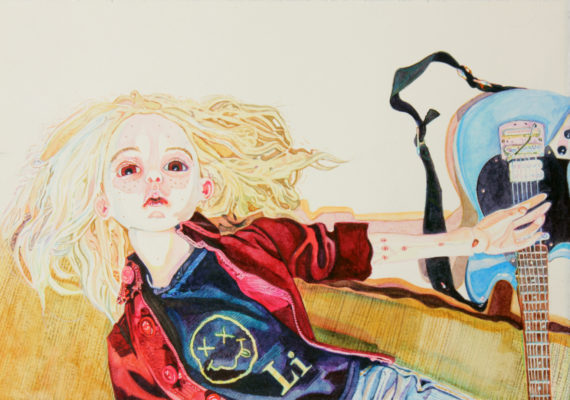 I am coming towards the end of the 3 months and I have the majority of the 20 works complete. I am managing two art fairs back to back for PAPER, and I have used any spare time around the fairs to continue working on pieces. Once I am back from the fairs, my time will be up and I will have the works completed. Due to other commitments, I have not always been able to make work from life in the studio. Instead, I have had to complete some of the works from photographs, which isn’t ideal, but necessary when around a month of the three months was spent away from home. 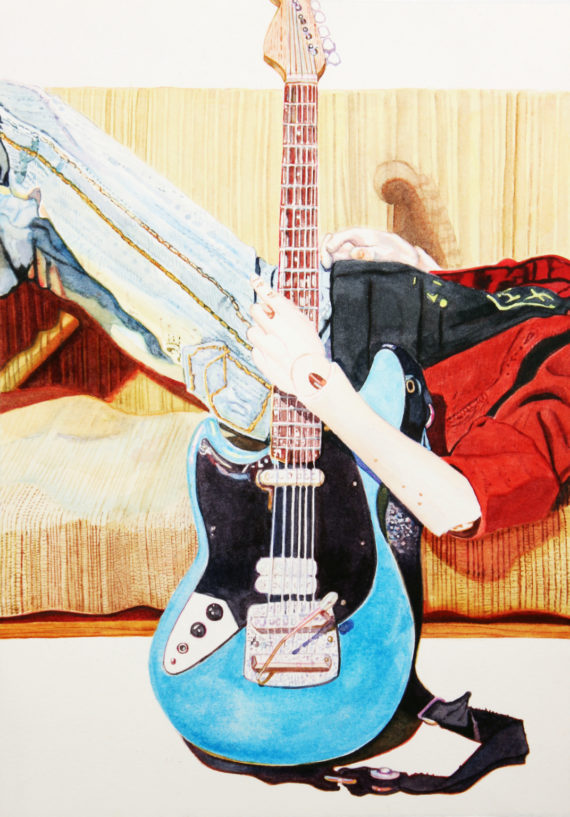 I have had no time for reflection or to consider the work I have produced. Due to the timescale, I have had to work very intuitively. I have tried to be experimental and create fresh challenges. It has been a great experience and I’ve learnt a lot from it. My work has moved on considerably. However, I do not believe that this is a sustainable way of working in the long term. It is important to have time for reflection and to consider the work in relation to the next. However, when I started this, my mentor asked I produce 20 works so that there would be at least 8 good pieces from the 20, and I believe I have at least that amount. 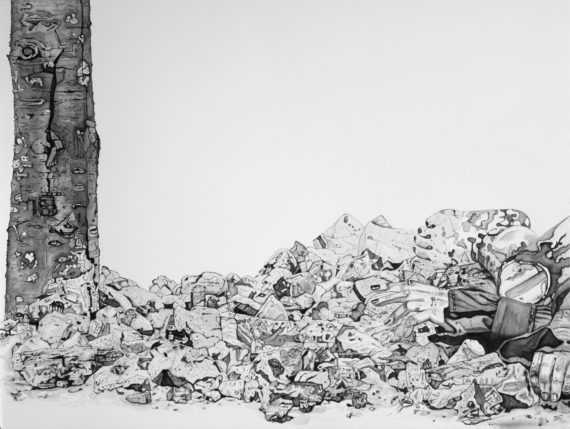 After completing my website, my mentor felt that my current work still had a long way to go. She felt that there wasn’t any point in pushing my current work until it was developed a little further (I had only recently started to develop a new series of works and it was very much in it’s formative stage). My mentor set me a task to produce 20 new paintings in 3 months. Producing that amount work was a tall order for me. She didn’t care what I chose to do, and whether the work was just sketches or fully resolved paintings. I could work in any medium. The challenge was to produce 20 works.

My work can be time consuming, and a task that focussed on quantity above everything was something I had not considered previously. I also felt that maybe my mentor was testing me to see how committed I was to my practice with all my other commitments, such as PAPER, my writing/research, and my teaching. Therefore, I didn’t feel it was appropriate to argue at this stage and I actually relished the challenge of having a new body of work. My mentor suggested that each new work should surprise me; offering something new that I haven’t done before.