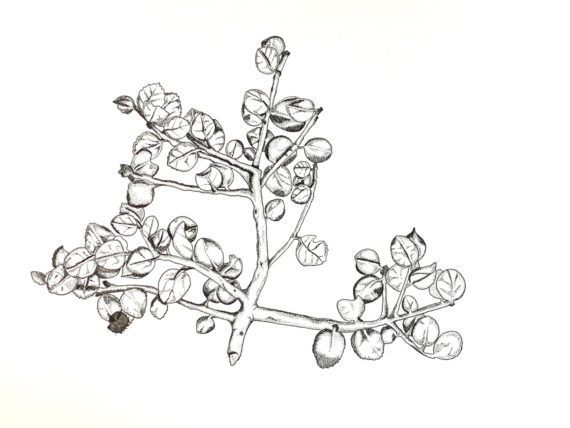 A crucial part of my degree project is botanical illustration, as the means of disseminating the visuals of the plants that I am researching. I am therefore in the process of learning traditional Botanical Illustration, and have chosen to start with Pen and Ink drawing, as it seemed the easier technique to learn (out of watercolour or pen and ink).

I have also chosen to use the dip pen rather than a fine liner, at least for my initial drawings, as it is what I have to hand, and although it’s more ‘labour intensive’ (due to having to constantly clean the nib), I feel more connected to the drawing, and my sense of satisfaction is much greater in the end. I think the connectedness also stems from it being the tool illustrators in the Golden Age of botanical illustration would have used, and I feel more connected to the history and context of the technique as well. 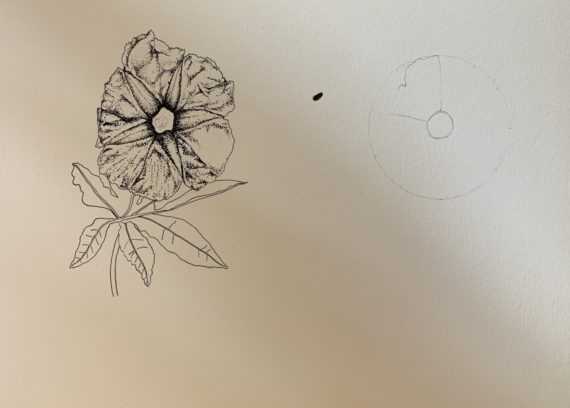 In my first illustration (above), I didn’t have a grasp of how the shading (created by stippling) worked, and went much too overboard on trying to capture every little detail of the texture of the petals with shading. This created a mess of dots, that isn’t at all representative of the plant and just confuses the viewer rather than enlightening.

In my second attempt (below), I made a much more concerted effort to minimise my shading to capture only the necessary detail and structure in the plant. I also decided to start with the leaves rather than the flower, as they had a much smaller amount of detail visible on them, and would make it easier to reduce the amount of shading and detail that I used and included. 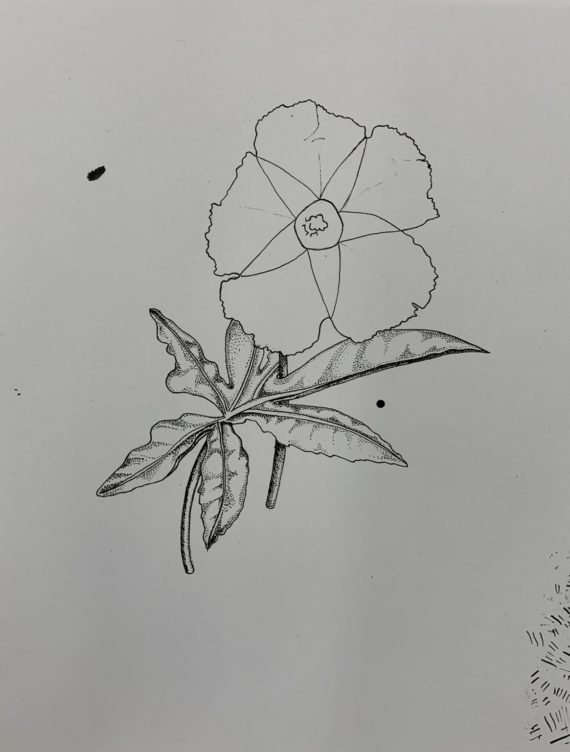 This illustration is much cleaner and clearer looking overall, and although isn’t perfect, it it much closer to the scientific pen and ink illustrations that I was aiming to emulate. 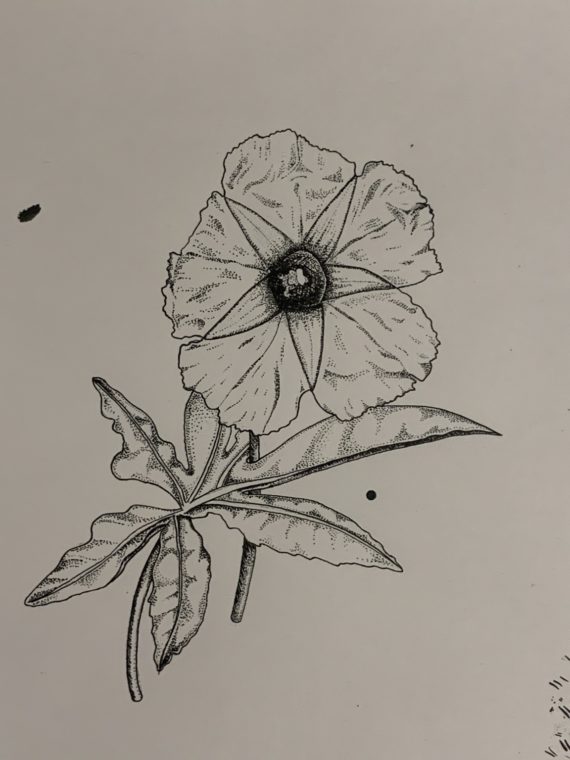 The element that I feel I need to work on most now, is the areas of darkens (such as the centre of the flower), which not only need to show a colour change, but depth. This is going to be a challenge and will take more research.

I have been using Botanical Art & Artists and Lizzie Harper’s websites as reference and starting points for my botanical illustrations, while waiting for the books on botanical illustration that I have ordered from the library to come in. They are very useful – especially for references to other sources and images (examples) of how stippling and shading should look in scientific illustrations.