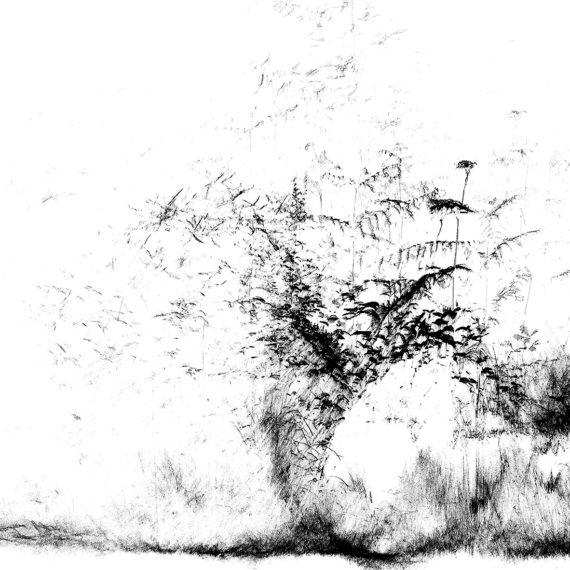 An important aspect of my research methods is the partnerships and friendships, which develop alongside the works. Such partnerships often last for many projects and in themselves become a form of Haecceity as they inform and support the subsequent art works I create.

During my residency in Australia at the end of 2016 I met and worked with artist Linda Swinfield. During our brief time together in Newcastle Printmakers there was a recognition and familiarity, which connected through our approach to our respective practices. Ideas around connection to place and memory play a very important role in both of our practices and I would like to thank Linda for sharing with me her very insightful Masters exegesis ‘Haecceity – Family, Object and Memory’ which has offered a new insight into the notions of Haecceity and links to aesthetic and creative characteristics.

‘Thus tracing its conceptual development from object to object in the creative process where one work often evolves out of another, itself from another and into something newer. The object becomes an evolving entity that has been born from itself or an aspect of itself. Haecceity encapsulates this aspect of the object, the work, and its individual existence.”

“Through Haecceity we connect with Duns Scotus’ notion of Individuation, which encapsulates this aspect of the object, the work of art and individual being itself. That each object, individual entity or person has its own specific essences, gives it specific traits or characteristics – the notion of individuality. Without the existence of these properties, the object or person would cease to exist. According to Scotus, individual substances cannot be substantiated; a clone of me is not an instance of me, but an instance or contingence of humanity.”

One new element of the residency installation being created will be the potential inclusion of sound to the gallery space.

Sound and touch play a massively important role in experiencing mossland/wetland spaces and with this in mind I am working with a colleague and fellow artist from UCLan Leon Hardman to try to create interactive panels which will sit along side the site specific gallery drawings. The panels will be screen-printed with electro-conductive ink which when wired up to a small touch board will respond to touch and carry sound. Currently this is still being developed and tested but I am hopeful that we will have panels ready for installation at the beginning of the residency.

This week I have been back out at Risely Moss with rangers Mark and Gaynor collecting sounds and moments. Their knowledge of the site and connection and understanding of place informed the choices and locations for collecting the sounds.

I had no preconceived ideas around what I wanted to record instead accepting and allowing the site to offer moments as we walked and then trying to respond to those discoveries and offerings. We were not disappointed; Risley gave us a clear still day where even the soft sounds of bird’s wings fluttering in the undergrowth could be detected followed by a crisp cold day where the wind gusted over the mossland bringing with it new sounds and a dynamic movement which felt like the moss was breathing.

We followed deer and fox trails across the mossland listening to the vegetation and ground beneath our feet as we walked.

The distant drone of the motorway always present was forgotten as we focused in on the living waters and subtle sounds of the vegetation as we moved through it.

There are many ways to cross the mossland spaces of Warrington and Greater Manchester – walking, running, flying and driving. Risley encapsulates all of these with pathways for both man and animal visible, flight paths of migratory and resident birds in constant use, airplanes and helicopters routinely interrupt the stillness and then finally motorway and railway all of which cross and intersect the once expansive mossland. This visual and audible patchwork of sensory experiences combine to engulf those who pause for a moment to listen and look.

And this returns us to Scotus’ idea of Individuation and Haecceity as without the existence of all these properties, the uniqueness of place would cease to exist.

“A Haecceity has neither beginning nor end, origin nor destination; it is always in the middle. It is not made of points, only of lines. It is a rhizome.”

Alan, Taylor, Haecceity (he ke’ti) 1996- The University of Texas at Arlington, http:///www.uta.edu/english/apt/d&g/haeccity,html