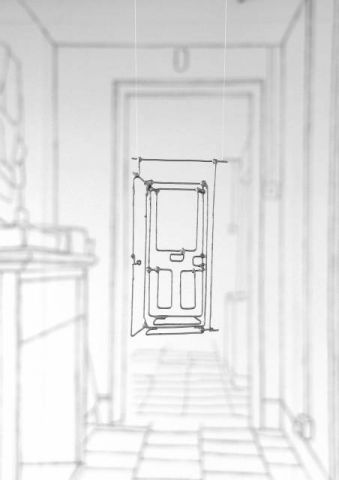 I am so excited at the moment about the things going on with my practice and the changes ahead. I love looking ahead to things, feeling a certain amount of pressure and having plans. On Tuesday I went along to the Margaret Harvey Gallery to meet up with Matthew and Amisha, the curators at the gallery and Mark the technician to talk through the ideas, plans and dates. It was a good meeting and I have come away feeling very excited about working with them. They have each been very encouraging and supportive. This has made me feel much more composed about having a solo exhibition compared to the constant feeling of doom that hung over me leading up to the Red Gate last year.

This bit of the early planning is the hardest because things are still so open and changeable. I guess as time goes along and the date gets closer then things have to get more and more specific. For now however, I am trying not to go down that mental trap of attempting to finalise for safety. Past experience has taught me that remaining open and adaptable as much as possible right up to the date allows the work to grow and evolve in response to the show, tending to lead to much more unexpected, exciting outcomes.

After the meeting it was right back to the studio to get down to the planning and experimenting. Of course, although I want to keep things from finalising, I have to make some commitments to the routes I am going to pursue. I know that I will be constructing an installation drawing and roughly, what it will be but how is still a little unclear. I also have committed myself to a performance. Outside these two main decisions things are still fairly fluid at the moment.

On Friday I started some of the actual physical building of my drawing. This will be the most complicated thing to construct because it is going to be a 2d/3d line piece. These involve much measuring, calculating and accuracy. Definitely not something to be left until last minute, so I feel the earlier I get on the case with this the more relaxed I’m going to be about experimenting with the show as a whole. The fact that I have very little permanent physical work and that pretty much everything is made for a certain event/exhibition and then is gone, makes time and money a major anxiety factor when embarking on a new project. I find comfort in extreme organisation. Organisation and flexibility will hopefully be my strategy for surviving this show and making it successful. 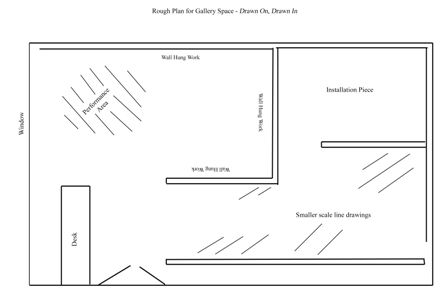 Slowly getting back to normal routine this week thankfully.

Last Friday I went along to the launch of Escalator held at the Wysing Arts Centre. Provided with name badge on arrival the day began with a ‘mingle’ and then we were seated in lecture style. (I got quite excited about being in this formal position of receiving information that I haven’t been in for such a while). I felt very student-like.

The overall focus of the presentation was to debate what do artists do? And what do artists want?- in order to explore how best to run the escalator project. With a room full of mainly artists and some curators from across the region, there were plenty of different opinions flying around. By the time we had been stimulated and loosened up by a controversial project by the artist Phyllida Barlow and involved in an interactive performance by artists Charlotte Thrane and Maria Zahle, we were left with lots of ideas to discuss over our lunch. Practically we seemed to all need the obvious things but more broadly speaking the issues where much more of a debate. I felt that as the day went on it became really apparent to me that the whole experience of ‘being there’ debating and discussing in this manner is exactly what most of us want. We all want time and space, money to produce, support and advice but this discussion process and link to peers, feels so important. Phyllida threw in a red rag and it was fresh and unusual and got our cogs turning. It is very important for an artist to feel they have a presence within these wider debates and to see their own concerns in relation to others. I feel it allowed me to gain a bit of perspective on my own situation and really consider these questions.

One thing that came up that I did find intriguing was this focus on location. All being from the East, some artists felt their location to be a significant factor in their identity as an artist. Suddenly I was being called a regional artist but I don’t know what this means to me. I don’t think I’ve given it much thought before. London reared itself up in conversations like a big monster; a vacuum that drew everything into it and threatened the identity of ‘regional’ artists, even it was suggested looked down on us. Really? Must we get defensive about our location? Do we have to defend ourselves and our identities against the hip and trendy of London? I have never felt living in the East defines me as an artist. It has been helpful living so close to London but I don’t feel that I must go there to be taken seriously or alternatively that I should reject it, just being an artist is enough definition for me. It did get me thinking about these issues of place though.

I’ve fallen on to page four of the blog pages… that doesn’t give a sense of keeping it going that I’d like to have at the moment. The reason I haven’t written is because I knew I would have hardly anything to say since the central thing going on for me over the last two months, I haven’t allowed myself to tell anyone about. (In the hope of reducing any pressure or expectation of me, to which I have discovered didn’t make a snitch of a difference to the experience as the worst culprit in my life of placing pressure on me is… surprise, surprise…ME!

Since Christmas I made the decision that I would apply to do an MA. To cut a very long drawn out episode short… I applied to Wimbledon to do their Fine Art Drawing MA, went for an interview and after two weeks of convincing myself that the interview went terribly, got accepted. Yay!

That little ‘yay’ really does mean a lot. I have been thinking about doing an MA for a long time and have felt so ready to do it and have wanted to do it at Wimbledon with a passionate feeling that it is the right course and place for me. The agony of thinking I had screwed up a little interview and blown my opportunity was quite a kick and a wobble. After almost literally biting the post woman’s hand off everyday for the last two weeks it came last Friday, by which time my nerves were wrecked and I was laid up in bed with the worst stomach bug I’ve had since I was a kid and could barely be bothered to crawl down the stairs half an hour after I originally heard the letterbox flutter so innocently. So there it was in writing ‘unconditional offer’ wonderrrrfulllll!

So now I’m almost upright again and starting to whistle a happy tune as I start to contemplate new and exciting challenges and influences that will be coming my way.

The only thing I now need to wait for is to find out whether I can get funding for it. I should find this out by May. I got my application in early so that I could be considered for the Arts and Humanities Research Council funding and since Wimbledon have been awarded the block funding from them, I now have to wait on Wimbledon’s decision on who they will be awarding their Studentships to. If I don’t get this funding….. um…. I’m not sure really…. grow money in the back garden?? Then will come the dilemma.