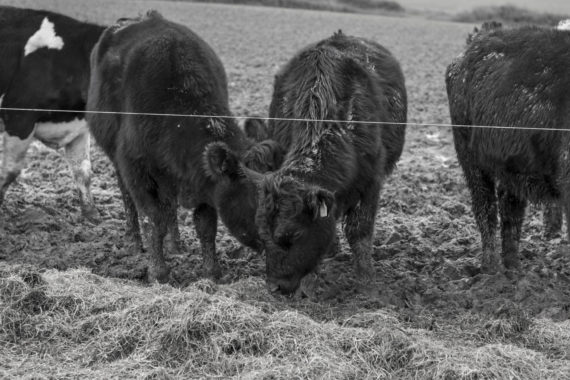 This takes me back to art school. I was talking about humans as animals and illustration was my medium of choice, it was and is also my problem. Animals don’t illustrate, so why choose illustration as my medium for blurring distinctions between human/animal?

The medium was muddying my message.

It’s happening again. In the same way, if this is an exploration of disengagement from the attention economy (and engagement with… something yet to be defined), why blog? Surely I ought to embody disengagement; be the sage, head off into the woods, abandon possessions and BECOME disengagement. No blog required.

Returning to Odell’s ’How to do Nothing’ 2019, she quotes Ursula K Le Guin’s novel ‘The Dispossessed’; “The explorer who will not come back or send back his ships to tell his tale, is not an explorer, only an adventurer”.

What is key here is the telling of the tale; the sharing of stories and the opening of conversations between fellow travellers for fresh perspectives and feedback.

Under normal circumstances society looks to those who self-isolate, i.e. sage, monk, hermit, recluse, for having some kind of vantage point from which they can offer fresh perceptions about the world by being outside of it. As Odell says: “mainstream society needs the perspective of its alternatives, that aren’t visible from the inside.” But these aren’t normal circumstances. We haven’t chosen to ‘force-eject’ ourselves, as she puts it, Lockdown force-ejected us. We are all now hermits. So if we are all united in our isolation, are we inside the world or outside it? The inside and the outside are becoming blurred or muddied.

“Mud, I decided, is one of those things in life which is only convivial once you’re in it” P166 ‘Waterlog – a Swimmer’s Journey through Britain’ 1999.

So I’ve decided to jump in; the blog isn’t problematic after all. In order to share stories a medium is required as a vehicle to express something internal to those external to ourselves. “Stories are the means by which we navigate the world.” p.1. ’Out of the Wreckage’ by George Monbiot 2017. The story is sharing and sharing is conversation and conversation is what is needed, especially now: “Stories are medicine.” p.15 ‘Women Who Run With Wolves’ Clarissa Pinkola Estés 1992.

We might all be islands, but in our new predicament the community is arguably stronger than it was before. Look at Channel 4’s seminal ‘Grayson Perry’s Art Club’ on Mondays, to see what I mean: a national art collaboration, filmed from people’s homes, through their smart phones, telling stories through art. Conversing together. Healing together. Sharing.

To get into fast running water you have to first wade through mud, or paint, or blog or… whatever. 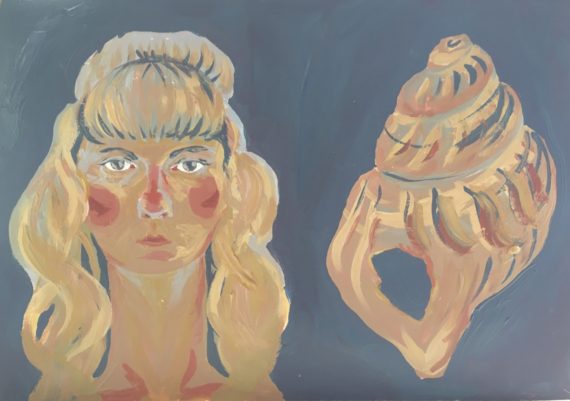 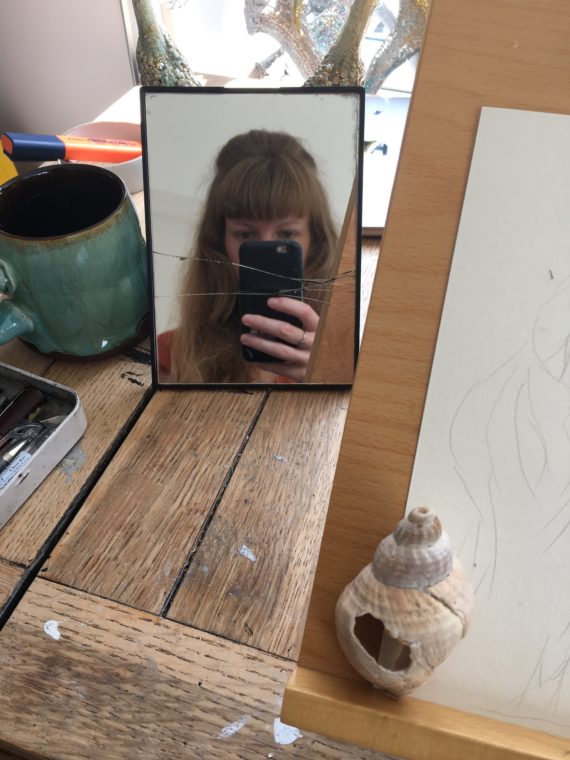 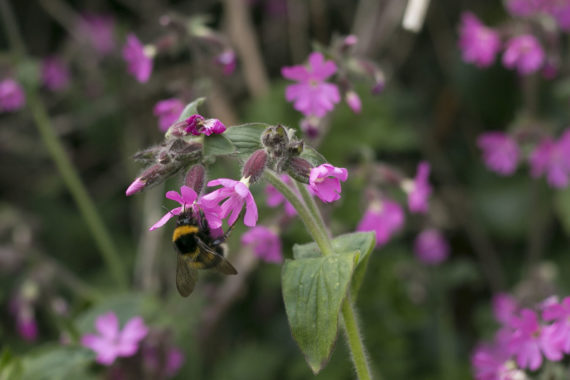 A very proper bumble bee, with a yellow stripe and a white bum, crawled under a log after a lot of dithering about. I had been trespassing and was now nearing the public right of way in order to rejoin it. Hunkered down out of sight while I waited for some incredibly loud, male ramblers to pass on their way (are there any other kind?), from this angle I enjoyed a bumble bee’s eye view.

In terms of access, the 1968 Countryside Act qualifies woodland as ‘open country’. Of course in Tory Britain there’s no knowing how long this will last and if, as a woman alone, I can fearlessly/safely face irate, pheasant-rearing, water-polluting, entitled land-owners, armed with only my ‘right of access’. As a child I ‘trespassed’ freely. It was my land. But something changed. As a woman I have more fears. I think they were late in developing and are justified. When I walk through woodland I struggle to pay attention as I did as a child. Instead I pay high-alert attention, like prey, scanning the foliage, scanning sounds, for phantom figures and footsteps and worse of all, for real ones.

As I crouch out of sight of these, no-doubt, harmless walkers, my bumble bee’s behaviour catches my attention; it seems to be anxiously searching around an area devoid of flowers, as if looking for lost keys. Its engine abruptly cut out and I watch as she swiftly crawls into nowhere and vanishes. Introducing Bombus lucorum.

While I reflect on this conjuror’s trick, a more business-like relative busies past me, even louder than the last, mostly black with a striking red tail: Bombus lapidarius. Now here we go. I’ve got my ‘eye-in’. I am paying attention. I am caught up, by bees…

Redtail flew low over the compact earth of the animal track on which I was waiting; dust and twigs, leaf fragments and dry earth scuttling away either side, blown away by the force of its flight, like a helicopter near landing. A fast flier when it has a mind.

The ramblers were long gone before I resumed my way. I had spent some time here in bee city, among haphazard flight paths, some flowers getting more attention than others. I have read that when a flower is heavily loaded with pollen its UV light shines brighter, acting as a lighthouse to nectar hunters. When it is temporarily depleted it shines duller and so this perhaps explains why some flowers get pounced on while other, equally healthy looking bluebells to my human eyes, are entirely skipped. No time wasters here. Shit to do.

I came away thinking- here is a world. Bees! I can bee-watch! There are too few birds in my lockdown garden (reluctant to feed the birds with an imminent house-move on the cards-  I am anxious not to create a reliant community), but bees abound!

On route home to my bee research, newly arrived swallows with travel-stained white bibs, skim over the rough grass of the grazed field. Their backs and V tails shimmering blue/black, flashing their orange throats. They zip through the air, netting tiny insect life in their open beaks. I like to think of them as the parallels of Start Bay Basking Sharks, scooping plankton of the air. Every April I start watching for their return. Here in South Devon (in recent years), they arrive between the 7th and the 12th. This year they arrived in the village on the 8th. The relief that they’ve made it heightens each year. It’s not spring without swallows tattooing the sky and hammering their summery, metallic, ball-bearing call into the blue.

Proverb: one swallow does not a summer make.

After a little googling I find that there are 16 kinds of bee in all of the British Isles, but it’s something to be going on with. I can expand into wasps, hover flies, flies and beyond. Or not.

I can hear the sea from my caravan. And occasionally lowing cattle. And for a change, no night traffic. I am locking down into paying attention.

This started in the first week of UK Lockdown, when I caught myself bogged down in the daily mire of scrolling through the newsless news app. What am I looking at? Anguished and tearful at articles more frightening and heartbreaking than the next; highly clickable news stories from A&E wards and reports of domestic abuse increase.

At the time I was reading Jo Wilding’s ‘Don’t Shoot the Clowns- Taking a Circus to the Children of Iraq’ 2006 and I was increasingly aware that, as we all know, the media is bullshit.

Especially now; if it’s not Coronavirus or Coronavirus-related it’s not news. It is just absent.

As I cursorly drag myself down google satellite street maps in Fallujah and Abu Ghraib in pursuit of Wilding’s people, I think to myself where is this news? Where was this news back in 2003 and where the hell is it now? It didn’t just end.

Of course the world is in Lockdown, including journalists. But in pre-pandemic circumstances, when the story stops being editor-approved or fresh, and I mean freshfresh, it just ends. Abruptly. No followup. No outcome. No further comment.

What’s my point?
My point is there is no point. Stop reading the news right? Become an entirely uninformed woman-child, disentangle from ‘all that’ and engage instead in Jenny Odell’s bioregionalism from her ‘How to do Nothing’ 2019.

I could say I’ve been at it for years, nature watching and obsessing about anything nonhuman; I’ve been good at doing nothing. Or that I was good at it. I was heavily engaged in living in my immediate surroundings, I knew every local tree and meander like old friends. What changed? Adulting? Social media? Change of location? Poor health? Of course. And now I’m here. Locked Down into Lockdown.

So to go back to the beginning (of the blog post), what I need is the bog. The mire. Fuck off the clickbate and go trespassing into the bluebell woods.

Is that what Odell meant? Switch off? Dive head first into ignorance like the gleeful child I have the privileges to be able to be? No.

“We all spend hours each day, scrolling upwards, hating it and loving it, because, at bottom, we are children and the internet is sugar.” p.107 Jay Bernard. ‘Liberating the Canon: an Anthology of Innovative Literature’ Editor Isabel Waidner.2018.

What is it that I will be engaging in then?
As said in Roger Deakin’s ‘Waterlog’ 1999, “I am only interested in everything”.p.3.

This is only the beginning of something and this is the place where I will begin.