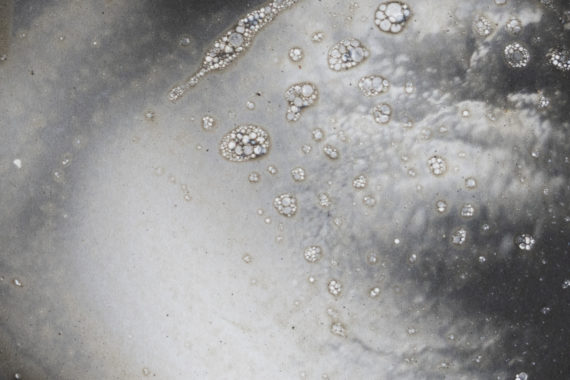 0 Comments
Viewing single post of blog Marl: a glossary of the ungovernable

So I’ve been feeling a little stuck. I go out in the dark with a headlamp. It’s really dark. I grew up in Galloway Forest, apparently one of only four Dark Sky Parks in the western world. I know dark. I walk away from the house. I follow the gravel path, past the pond with its sleeping geese. I cross the little footbridge, with its shiny, treacherous planking. I tramp onto the road and round the corner. The house disappears. I switch my headlamp off. It’s so quiet. I can hear the snails in the hedge. I walk, by body memory more than sight. Things take longer in the dark. I squelch left, avoid the thorny thicket, cross an invisible threshold. My boots are really sticking to the earth now. Great clods of clay meeting synthetic fabric. Heavy. I think: sticking is resistance. Heavier still where the rain has pooled in the mud. I switch on my headtorch.

It is only at night, that marl appears to glitters with such brilliance: a sharp, shock of blue against muddy seams of topsoil and brown clay. In daytime, broad and flat light, marl appears more as a silvery, glinting grey. But torchlight is a different kind of illumination – it revels in the fragmentary and the fractal – offering only a partial grasp on what lurks in the dark.

For the philosopher Michel Serres, in his essay ‘Information and Thinking’, the light of the cave begets a different kind of thought, than that which is produced in the light of day. He cites a passage in Jules Verne’s 1884 novel, The Vanished Diamond:

“Dazzled with the light after so long a darkness … [the two heroes] thought at first they were the prey of some ecstatic illusion, so splendid and unexpected was the sight that greeted their eyes. They were in the centre of an immense grotto. The ground was covered with fine sand bespangled with gold. The vault was as high as that of a Gothic cathedral, and stretched away out of sight into the distant darkness. The walls were covered with stalactites of varied hue and wondrous richness, and from them the light of the torches was reflected, flashing back with all the colors of the rainbow, with the glow of a furnace fire and the wealth of the aurora.” 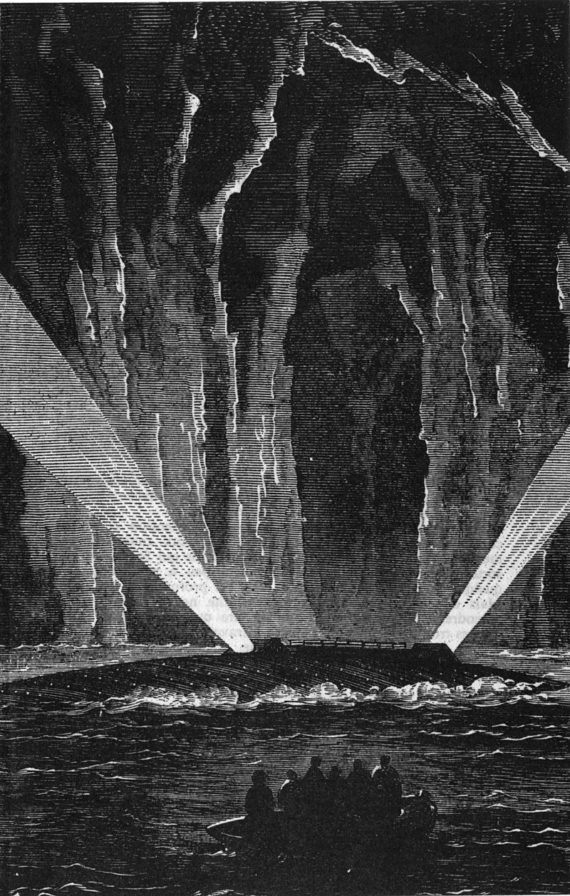 Verne’s cave is proposed by Serres to be the opposite of Plato’s cave. Plato’s allegory of the cave seeks to show that human perception and knowledge gained through the senses is illusory. Real knowledge must be gained through philosophical reasoning: ‘truth’ therefore is attained by those who leave the darkness of the cave. Vernes’ cave, however, is not a place of obscurity or hallucination: it is the site of the most brilliant light and colour. It is here, in the reflective light of the torch that another way of knowing might emerge.

“Philosophy loves light and has turned it into the model of excellent knowledge, especially the splash of daytime sunshine. Sparkling with truth, light is supposed to chase away the darkness of obscurantism. […] In fact, thinking is
much less like the day than like the night, where every star shines like a diamond, where every galaxy flows like a river of pearls, where every planet, like a mirror, reflects the light it receives. Thus authentic knowledge overflows
with results and intuitions; it sets up multiple reference points grouped into constellations with forms that are as disparate as those of scholarly disciplines.”

Perhaps the view from the headlamp and the condition of near-darkness, a discovery in the black unknown – is fitting for an investigation of marl.

Over the centuries, as excavated marl holes pockmarked the landscape, often abandoned when they filled with water, folklore and rumour produced dark tales out of their artificial and mysterious topography.

The Irish National Folklore Collection includes a tale of the Largan Ghost, a haunting of a house in County Cavan. Recorded in 1937, and referring to an incident 80 years prior, the story goes:

“The occupants of the house could never get butter off any churning. One night all the strong men gathered to the house to churn. They closed all the air spaces in the house even the key-hole. They started to churn. After some time a clóca [cloak] crept over the floor and under the churn; they then fainted one by one, and the door had to be opened, and they abandoned the work. They then sent for Father John Murray who was C.C. in Drumkilly at the time. He settled the ghost in the “Marl hole” between the froth and the water. Ever afterwards there is light seen at the marl hole.”

The spectre is exorcised from the house and confined to the marl pit – not in the water or bound to the clay, but somewhere inbetween. There, the phantom is contained, but free to generate its own luminescence. The tale, passed down generations into myth, presumably acted as a deterrent, warning against against straying too close to the treacherous pool.

Other tales tell of “marl holes with no bottom“, pits haunted by a banshee (or “bow”), and what became known as “the murdering hole”, after a community took shelter in a marl pit but failed to escape detection from invading Danes. 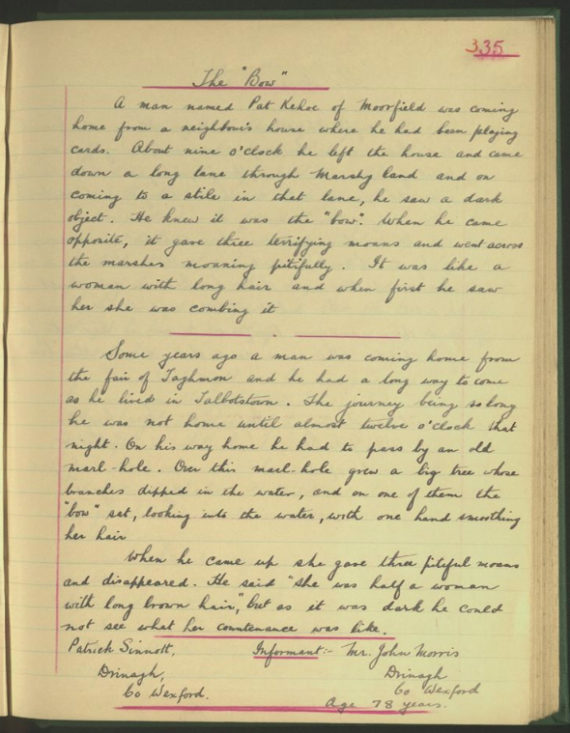 What these folk histories reveal is the diffraction of knowledge through different bodies over time, in which some stories stick and others slip away. Diffraction is also about light: it is the diffusion and interruption of a light beam. In a way, it might describe the light of a torch, shone into a gleaming, glittering substance, which reflects, differentially, back at the viewer.

For the philosopher Karen Barad, drawing on quantum physics, diffraction means more than this – the torch and the torchbearer are quite literally in the picture. She writes:

“Diffraction is an ethico-onto-epistemological matter. We are not merely differently situated in the world. ‘Each of us’ is part of the intra-active ongoing articulation of the world in its differential mattering.”

Looking at marl – whether by torchlight, through the microscope or shimmering in the light of day – can never be a passive or ‘objective’ observation. It is to glance into a dark mirror, in which human histories of extraction, capital and conquest are reflected, reshaped and retold.