In February 2019 I returned to Paris, to trace and catalogue Antonin Artaud’s ghostly residues, as I had a year previous. In anticipation for this trip, I planned many things: to visit the site of Théâtre des Folies-Wagram, where Artaud’s play Le Cenci failed to live up to his thesis for a Theatre of Cruelty; Unica Zurn’s place of death, below her and Hans Bellmer’s flat on Rue de la Plaine; Likewise, Gilles Deleuze’ deathplace on Avenue Niel, a site of pilgrimage to his final rebellion against the tyranny of the breath.

But this list of ghost-fan hotspots was just too long, and morbid. I’m not a goth, nor tomb-raider. My simplified plan was to visit the site of Artaud’s death in Ivry-sur-Seine, a southeasterly suburb of Paris where he had lived out his final days; complemented by a visit to his spells and curses, letters sent to loved and loathed from the edge of Armageddon. Although I originally planned to revisit the notebooks at the Bibliotheque Nationale de France (BNF), somewhat ironically they are all currently on display at Cabinet Gallery in London, so this was not to be.

My previous Parisian ghost-hunt included visits to Centre Georges Pompidou and the BNF to view some of Artaud’s drawings and notebooks, especially those included in Artaud’s posthumous publication, 50 Drawings to Murder Magic (2008). Centre Pompidou has the largest single collection of Artaud’s drawings, and the BNF was bequeathed all 406 of Artaud’s private notebooks by Paule Thevenin, his former assistant and administrator of his later body of work. I was allowed to interrogate Artaud’s fragile and frenetic drawings, curse their sites of imprisonment (archives), and extract from them secret messages for performed decoding. 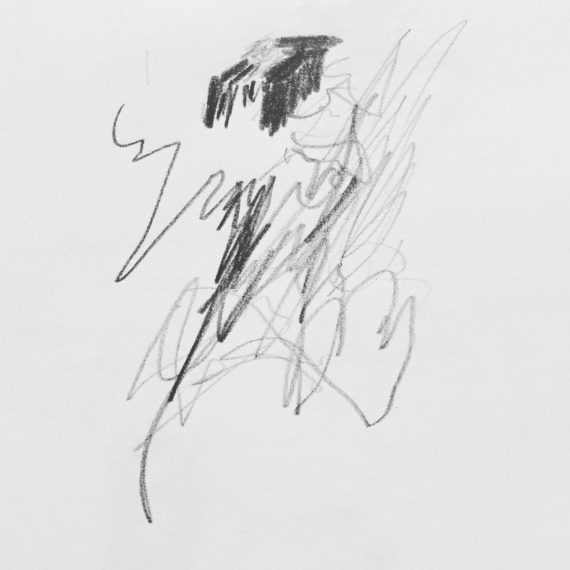 The psychiatric clinic in Ivry-sur-Seine where Artaud spent his last days is long-since gone, only surviving in certain remnants of public park space, amongst the stout melancholy of decaying post-modern social housing. A vain attempt at commemoration sits in the heart of these housing complexes, the Auditorium Antonin Artaud, a false home for the haunted echoes of his drugged shouting and percussive wood hackings.

I recorded the detritus-strewn plagues of suburban curse-spaces that freckled  Ivry-sur-Seine – broken and boarded up windows on facades of defunded social services, damp mattresses tipped upright under embedded awnings, waiting for their roofless owners to return at sundown. As I shot super-8 footage of the frontage of AA’s auditorium I was blessed with impromptu musical accompaniment on solo angle grinder from a municipal-worker-cum-unintentional-post-industrial-sound-artist. Damp patches on concrete steered me downstream to piss-stained alleyways, strewn with puerile portraits of exploded humanoids, Artaudian specimens of raw and god-like portraiture.

Locals looked uneasily at my drifting documentation, the camera holding the tremulous unease of a handgun. Did they know where they were? Would it matter to them, to know that they lived as post-apocalyptic survivors at ground zero of AA’s subsumation to the flames of drugged, tumoured, impossible death?

So having made forth with cinematic scrapings of ectoplasmic residues, I returned to Paris, to find his curses and spells, held in the archive of the Bibliotheque Jacques Doucet (BJD). Sitting humbly beside the Pantheon, the BJD holds his greatest gifts, and cruelties – protective spells, sent throne-side from Artaud’s messianic reckoning on the island of Anishmore (for details, see Stephen Barber’s Artaud 1937 Apocalypse, 2018, Infinity Land Press). Riddled with desperate scrawling text and broken through with cigarette burns, these letters engage the surface of the page as though it were a veil between physical and metaphysical worlds. Broken by fire and bridged by intention, these letters are hauntological specimens – Artaud’s prescient vision of a world on the brink of war, warning friends and damning enemies in preparation for the End Times. 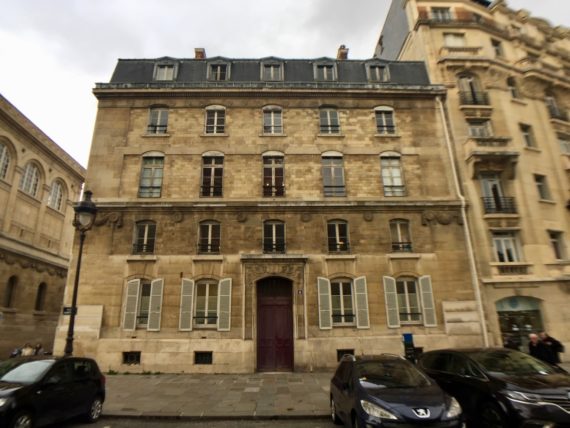 What have I to do with these letters, this performance of Apocalypse in graphite, pen and paper? Precluding Apocalypse as an inevitable feature of my own time period, my childish grasping for existential agency has found footing in a delusional narrative – that I somehow had some purpose within the grand schema. Not of messianic description, but more the urgency of the disciple. In thinking through the contingencies of life in these End Times, my own sense of powerlessness finds the page its only solace – a space to imagine the impossible, to find kin with the elements (further than Donna Haraway’s fetid familials*), as curse and spell. Through breathwork, dream-chasing, indulgence in delusion, psycho-poetic fragmentations, or self-induced televisual schizophrenia, I have tried to make the page move – to make it undead.

Artaud, of course, had his own rituals and intensities for re-animating the page – haranguing his models, stabbing at a block of wood, drinking down his laudanum. Artaud’s drawings hide within their intensity, veiling a careful, astute rendering, that can only be found in the language of drawing. His magically imbued letters now sit safely in the great tourist theatre of Paris, still, waiting for the Apocalypse that is never quite ready.

My own spells and curses sit in my desk, somewhere in London’s sprawling suburbia, their magical intentions unfit for task.

SEE IVRY-SUR-SEINE AND MY BETRAYAL