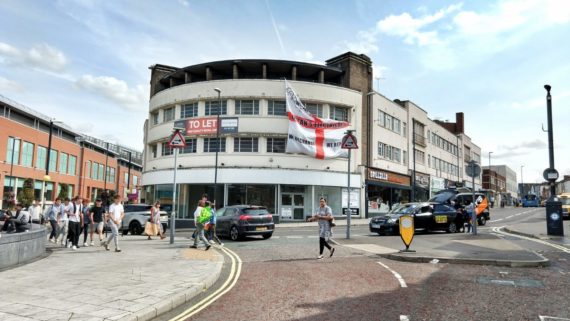 so after a couple of weeks i’ve found a flow state.  i feel happy in the space, feel confident about working there and most importantly after making some changes in how i use the space i feel safe.

i went in on monday to film again fro the trees poem project.  i had three shots specifically in mind i wanted to re stage and try something different with.

i’m enjoying the space to work, to think, to create.  to be honest i’m surprise just how much i’m enjoying it.   i haven’t felt this level of freedom to explore my process for quite sometime.

i chatted the other evening with a friend about how the trees poem response came about and i was surprised to hear myself talking about how i went into saying yes to the open invitation within a meeting context to respond to the poem.  it was a “i’ll have a go, have no idea how what i’ll do…”  being in the meanwhile space has allowed me to explore visual ideas and to return to them to develop them as well.

there’s just over a week left of the space availability and i feel confident i can finish the video.

what would then have been good to explore would have been exploring how to exhibit the piece, document that and to then share  the viewing experience with others.  there’s still a week so i’m not sure what i might be able to do in the that time. 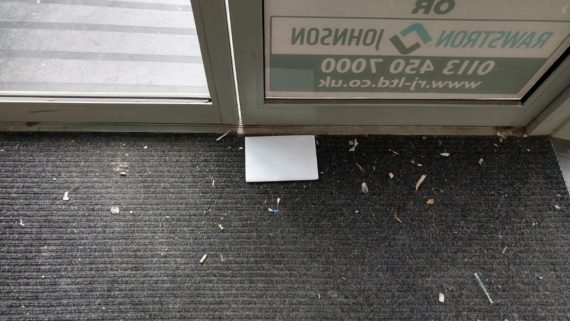 while filming on monday there was a knock at the door.  i was in the process of filming myself standing still with a cover over my face.  the door was locked and we weren’t expecting anyone so i ignored it.  made me jump though!  when i turned and looked at the door i noticed an envelope on the mat – it had been pushed under the door.  i smiled and mused that the post person had knocked on the door and viewed a person standing statically, dressed in outdoor gear with a cover on their head.

i’m excited to be nearing completing the trees poem video and to have some playtime in the last few days of the space being available.

i’m also looking forward to catching up with tom in the space and liz and matt from east street arts.