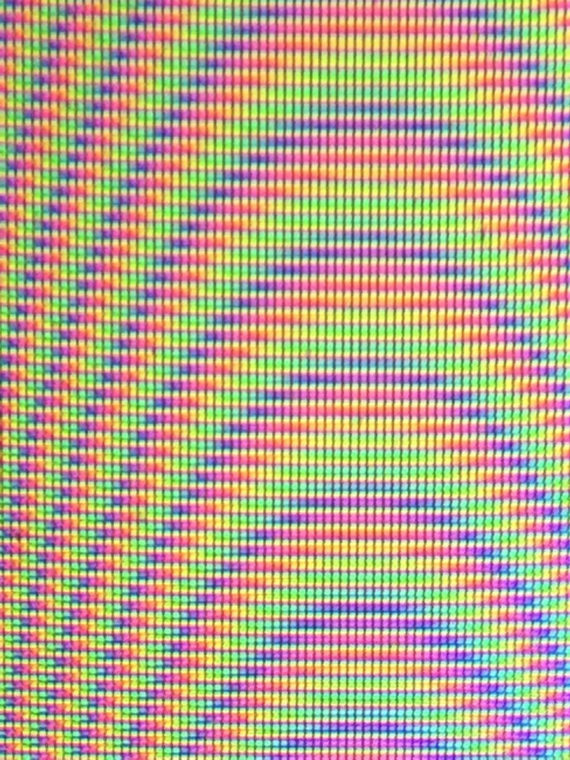 The video itself is a recording of ten minutes per hour of an experiment of a machine learning algorithm solving the problem of a video game Pong. The duration of the video is roughly an hour as that is the time using my personal PC and two worker agents takes to go from not knowing anything, to being able to play with “above human” accuracy. This is a standard machine learning test and is almost considered the “hello world” program of artificial intelligence.

Utilising a convolutional neural network (deep learning) worker agents mathematically solve an environment that can be visualised and hence recorded. Behind the scenes, mathematical concepts such as gradient decent are being implemented. It is these concepts that interest me, as they are designed based on our own problem solving abilities and represent our current understanding of organic consciousness.

The idea of creating an image classification dataset and allowing new images be classified in the live environment was feasible technically, yet the time frame of such a project was beyond the scope for this particular exhibition.

The key to the video is in the scoring as the worker agents are collecting data about rewards. Initially the orange side wins constantly yet as the experiment progresses the green side begins to score points. Learning from that behaviour the agent attempts to score more points per episode. Eventually the green side will win an episode, resulting in a large reward, until eventually the green side wins every point and every episode with a particular efficiency. It is the goal of the programmer to increase the efficiency of the algorithm.

Video: A short version of Solve

There is a small window of time when the plaster is liquid but setting. This is the optimum time to pour. Too early and the solution is too liquid, resulting in a thin plaster that is next to impossible to remove from the sphere without shattering. Too late and the plaster is not liquid enough to run over the surface of the sphere. After some experimentation I was able to control the process to a certain extent. I was able to deduce whilst the plaster was still wet, if the object was to be successful or not.

The process in itself was enjoyable, there was little struggle. The pouring took only a moment and the drying was mainly done over weekends. Deflating the sphere to remove it was more about patience than skill. Most elements of the process were devoid of my interaction. I think there is something interesting about that and contribute rather than detract from the work.

The length of time experimenting with the consistency of the plaster, feeds into the curatorial decision making. Something I am grateful for. Rather than having to select objects. The fragility and large quantity of breakages, through misadventure and experimental incompleteness, answered some of those questions.

Video: The making of Qualia