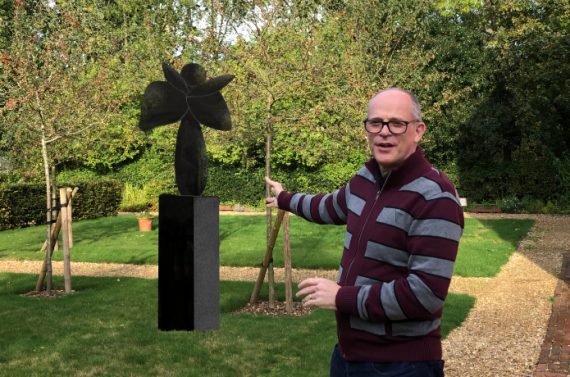 ‘Like a penguin in the desert’ is how I would describe my first experience of crowdfunding. It was in 2018 and I was in the final week of one solo exhibition and just three months away from another. It has to be said that the wisdom of grabbing every opportunity that comes along deserves looking at in another post.

Time was a major self-inflicted pressure but a body of new work was underway and it was cash-flow that bothered me most. Since going full-time as an artist in 2015 I’d been funding my artistic career by a mixture of sales, my work pension and pot of money from the voluntary redundancy. Though I was getting sales they were not enough to counter the gradual erosion of capital.

I’d seen other artists turn to crowdfunding so I decided to give it a go to. I settled on GoFundMe and made my pitch. It felt awkward and odd at first, especially to be just one of so many voices earnestly asking for help for this or that cause. Some of the causes would often be heartbreaking sad, yet alongside those stories there were other people with bright ideas, inventors, entrepreneurs and dreamers. Gradually I realised the platform is a just like a roving lens showing the world in all its complexity, sorrow and glory.

So how did I get on as a rookie crowdfunder? That’s for next time.

I make paintings, prints and sculpture that appraise figurative conventions across cultures. https://fitzmaurice.works/about