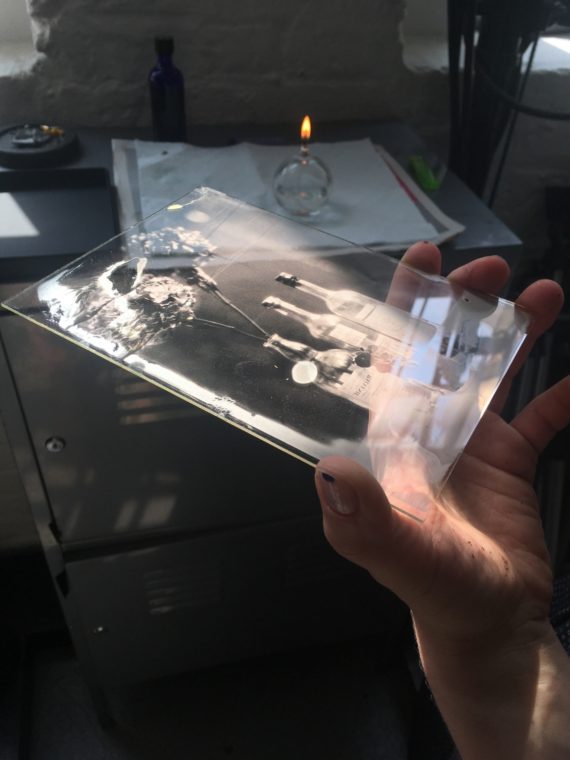 It’s been a while since my last blog post. But it’s been a VERY productive while.

I’ve learnt loads since then. I can now say that I’m pretty confident at the wet plate collodion process. As well as creating many (failed) experiements, I have managed to succeed in my quest to make 29 ambrotypes of male residents of Altrincham, South Manchester.

Because this journey was ultimately to learn the processes required to make a body of work which had been in my head for almost two years. I’ve been wanting to create a memorial to the lost men of Chapel Street, Altrincham. When WW1 broke out, 161 men from this small street enlisted; 29 failed to return, and a further 20 died of their wounds. The street was razed to the ground in the 1950’s, and with it the story was lost. Until recently, when a blue plaque was erected on the building near where the street once stood.

I wanted to create a memorial to these men. I wanted to photograph current male residents of Altrincham, but I wanted their image to be on glass, to reflect the fragility of life. Wet plate collodion allows me to do this.

Shooting was incredibly enjoyable. I recruited the men through social media, and had many volunteers. The process is slow, and reflective, and produces unique (and sometimes unexpected!) results. The images are ghostly and transport us back in time…

The final work will be exhibited in the town of Altrincham from 15 November, at AIR Gallery. All are welcome!

Carole Evans is a photographic artist, cultural organizer and educator. As a photographer and researcher, Carole is interested in memory and how photography can be used to evoke and (re) construct memory. Themes of heritage, nostalgia, and community are recurrent in her practice. Current work in progress is a project which will attempt to memorialise the 49 men from "the bravest little street in England," who failed to return home after the Great War. After seven years of working as Gallery Coordinator at Photofusion in Brixton, Carole continuously explores alternative ways of showing work outside the white walled gallery space, be it through her practice or in other curatorial ways. In 2011, she co-founded of Portrait Salon, a salon de refusés of images which have been rejected from the Taylor Wessing Prize organised by the National Portrait Gallery. In 2013 she devised and curated the Altrincham Arts Festival, a pop-up arts festival turning empty shops into temporary art galleries. She is currently Associate Senior Lecturer in Contextual Studies at Ravensbourne, and is Dissertation Supervisor for the Photography BA (hons) at University of the Arts Farnham, where she also contributes to the Theory Lecture programme.