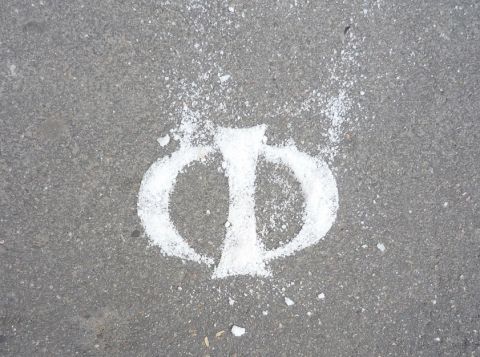 Making the starter culture: we took a bunch of grapes each and half a bag of flour, and made the culture at our homes in Oxford and Nottingham.

Going back to my roots…

I arrived in Kaunas feeling dislocated, having got up at 2am, taken 2 coaches and a plane, and realising that I knew not a single word of Lithuanian. I hung out at the bus station hoping I would get on the right bus and feeling at the hub of a web of migrations, as coach after coach stopped to let weary passengers out for a rest break, en route to St Petersberg, Antwerp, Talliin, Riga..

As we travelled through the countryside, the wooden houses and gentle pastoral landscape seemed somehow familiar to me. Perhaps evocative of ideas I had about a home, a place where time had stood still, I daydreamed about my familys shtetl in Rokiskis. But I was headed to Palanga, a tourist resort on the Baltic Sea, for a week of intense conversation and making work (and a bit of tourism).

I took part in a workshop called Displacements, lead by Italian artist Cesare Pietroiusti. The starting point was the idea of movement, of a displacement being a move from the stable condition; that the artist acts as an agent of displacement, enabling movement. We examined the stable conditions of Home, Role and Identity through the mirror of language, exploring how translating (in our case between English, Italian, Spanish, German, Lithuanian) added, changed or subverted these ideas.

We talked about “the other;s gaze”, and the way identity is formed through the projections of others. These reflective gazes create an acknowledgement, a sense of recognition, that allows us to form an idea of ourselves as belonging. We discussed the meaning of home and the unheimlich (Uncanny/Unfamiliar in English). In English, the familiar is similar to habit, from which words come meaning home, use, clothing, space. So when does home become disquieting, unfamiliar, uncanny, even sinister? Perhaps this relates to the experience of being a visitor, being an alien, feeling alienated.

I was visiting the home of my great-grandparents, and in a sense it felt familiar (in the family sense) but also unfamiliar. Someone used the word Immanence, which seemed to fit – the alienation existed in time rather than space, and if I could collapse time so both past and future existed simultaneously, I wouldn’t feel so distant but rather would feel a sense of home…

On the last day I had a moment like this, where I had Borscht for lunch and the flavour felt so much like home, not a memory of a place I’ve ever known, but it reminded me of my work with Rebecca, of all the borscht I have cooked, of eating with my family. Every time it’s a little bit different but the earthy taste is also the same. 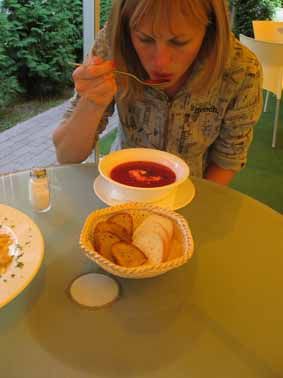 Making a sourdough starter culture, using grapes from our childhood home. This starter culture will be kept alive and be used to make bread. We hope to take it to South Africa.