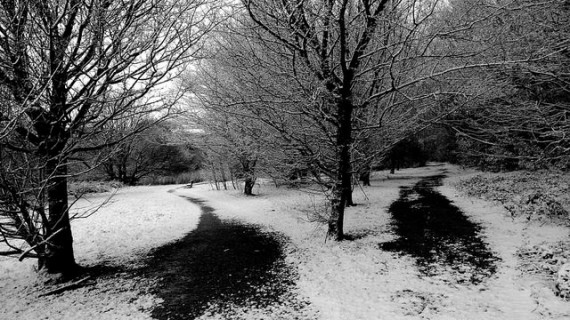 like a week ago, i’ve woken up on sunday feeling more rested than the last couple of days.  still in hyper sensitivity, actions around me impact and impart.  i hold onto the rails and wait for calm to return.

a week a go today i sat and listened to sue hill speak of her practice.  she had that calm air about herself, smiled freely and i cried.

she spoke of keeping it simple, it’s ok to do small things and keep going in a project even though it appears very few people are engaging with it.

i tweeted a few tweets and i’d like to record this one here :

post sue hill came probably the most influential session of the weekend for me.  we were given a creative exercise to do. i do have to admit that when i walked into the venue on sunday morning there was a sense of dread about what we might be asked to do.

my inhibitions and shy ness were to not be relied upon.

the exercise was to imagine a future.

we split into groups, collected a tray and were invited to use the provided materials to imagine a future …

i worked with two ladies.

as i approached the table where the tray was, my thinking towards the task centred on what i would need. something i’d not had enough of for the weekend was sleep and going forward sleep was going to be my most important thing. so my starting point was i needed somewhere to sleep.

between us the group decided that this approach was acceptable (focusing on a need) and the other two joined in with the considering a need.

fire … we all agreed that fire was defintely a need.  we’d just istened to sue hill’s presentation in which a lot of her work involved fire.

we set off to imagine our futures …

the lady faciliting the session announced we had five minutes left…

the tray was looking good yet there was still a lot of space in it. we had a discussion about wether we should fill in the gaps or if we liked it as it was. we all agreed that space was good.

the facilitator invited all the groups to find a name for the piece. very quickly i used the first three letters of our names and formed something from that. there was a little confusion but the others went with it.

ours was the first to be group critted.  we spoke about what was in the future vision and why. the facilitator was really taken with the space. she commented that she felt it was a piece with depth. the three of us very very proud of what we had achieved. 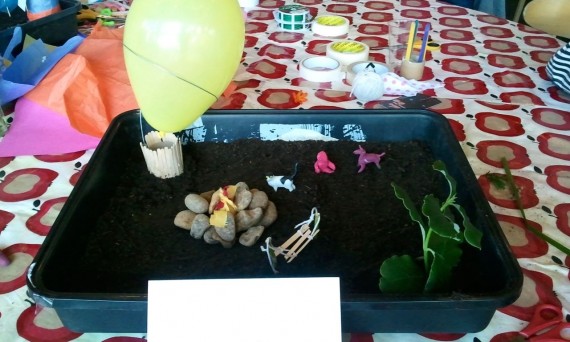 in the tuesday of the week following this workshop, i drew upon the workshop experience in a project development meeting to argue that when imagining a future, one will draw on one’s own present to create that vision.  i argue that future is present and to make a better future, we conciously do better things in the present.

we can all be engineers of optimism.