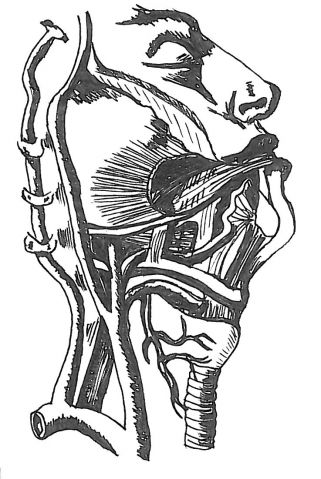 The week began with an interesting round table discussion about the recent exhibition ‘Milky Way You Will Hear Me Call’ by Emma Bolland, Judit Bodor and Tom Rodgers. As the project is still in its R&D phase, it was interesting to see how the artists had displayed their initial findings, and to hear some of the thoughts behind the work.

The project is a visual reworking of David Peace’s fictional narrative of the Yorkshire Ripper. As the exhibition focused on sites from the book where bodies had been found, the artists found themselves entrenched in their own sensitivity to the memories of the women involved. As their work progressed, it became clear that the work had a psychogeographical element to it, and exposed the nature of how site absorbs and reflects history. In this way, I felt that it became an homage to the act of mourning itself.

One of the thoughts that came out of this discussion and other conversations around this topic was ‘the act of mourning as a process, rather than a goal’. This helped me to reconcile the old adage of time being a healer, with the idea of public memorials, which is something that I’d always found contradictory. I was also impressed by what had become one of the signature images of the project, that of a makeshift crown of hay, picked at one of the sites. For me, the image reflected a multitude of visual references, including Victorian memorial lockets and scenes from the Stations of the Cross. Emma also told us how she planned to continue the project by including workshops and possible opportunities to take the exhibition to Chicago in the near future.

Neomedievalism
Another day, another lecture, and this time it was the turn of Head of Visual Culture at Edinburgh College of Art, and one member of the Confraternity of Neoflagellents, Neil Mulholland. It was especially enlightening for me, as although I was previously unaware of his work, the concepts he was discussing seemed to be tailor-made for the work I was trying to create.

Neomedievalism as a concept, expresses methods of production and interaction in the pre-modern era as a basis for contemporary geopolitical, economic and aesthetic development. It was useful for me to be able to put a name my thoughts and I decided to write up the information with additional links on my professional practice blog.

New drawings
It’s becoming apparent that these next few years are going to require a large element of project management and, while I’m enjoying going to lectures and discussing ideas, a major part of the PhD requires me to create my own artwork. It was this thought that enabled me to switch focus and begin to apply the information I’d collected to some new drawings. The images (drawn from Gray’s anatomy) have become the first stage in a dialogue between my practice, theories of ritual, belief and science, and the work of other artists working in similar fields.

Museum as memory
The week ended with a seminar, hosted the Henry Moore Institute, to welcome new researchers to Leeds. The keynote speech was made by Kaspar König, Director of the Museum Ludwig, as he prepared to curate his final museum installation, ‘One wish is always left unfulfilled‘. His keen interest in sculpture within public contexts, and his involvement with Skulptur Projekte Münster for the last four decades, also introduced new viewpoints to discourses around the museum.

Many instances of contemporary practice find the museum context problematic. Often hierarchical, bureaucratic and opaque, it can be seen as a dead space, which no longer allows art to function in the way in which it was originally intended. However, listening to Kasper describe new dialogues between contemporary and historical artworks depending on how he placed them in relation to each other, highlighted the role of the museum in the critical enquiry of artwork over time. This seemed to emphasise the theme of the week; that of the museum (and artwork) as cultural memory, and the need for museums, curators and artists to continuously endeavor to work with, and challenge this received knowledge.