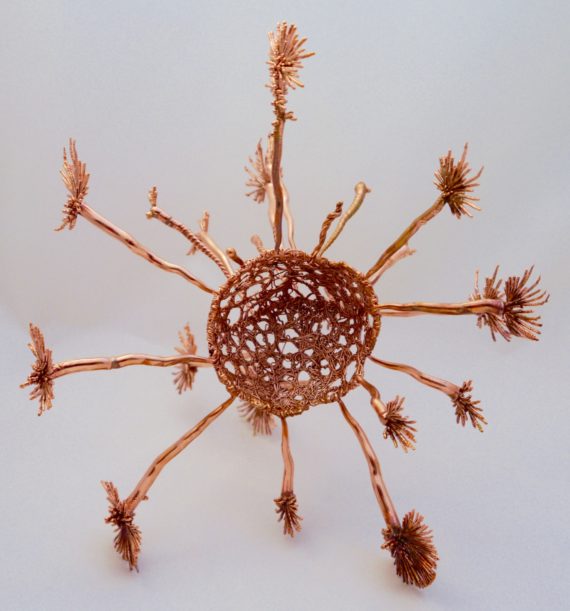 My MA Fine Art research has involved exploring the idea of blurring distinctions between organic and synthetic states. Winning a Professional Development Bursary from A-N has enabled me to develop my own electroforming set-up and to experiment with ‘growing’ metal to create sculptural work.

Electroforming is conventionally used for making jewellery and has some industrial applications. I had originally planned to use the grant to buy a kit, but further research since being awarded the grant  convinced me that it would be more effective to concentrate on buying the elements I really needed, concentrating on quality and sustainability: a rectifier (rather than a car battery), titanium cages and micropore bags to contain the anodes and a filtering system to keep the solution free of the inevitable debris that is produced. This last point is essential since the solution is expensive (in fact, more expensive than the rest of my kit) and it makes sense to preserve its viability for as long as possible.

The following photos show my electroforming station before the addition of solution.

I’ve noticed that the deposits on some of the recent works are somewhat fragile, sometimes resulting in diamond shaped fragments breaking away from the globular growths (it actually looks pretty good, but could be an issue with some of the future works I’m planning). I decided to give the electroforming bath a clean since deposits are visible on the base of the container. One of the main problems with electroforming in the studio, rather than in a dedicated lab is filtration. A decent filtration system is pretty expensive, so I’ve been using a fish tank filter. It work well… to a point. In other words it picks up the light deposits, but not the heavier larger pieces. 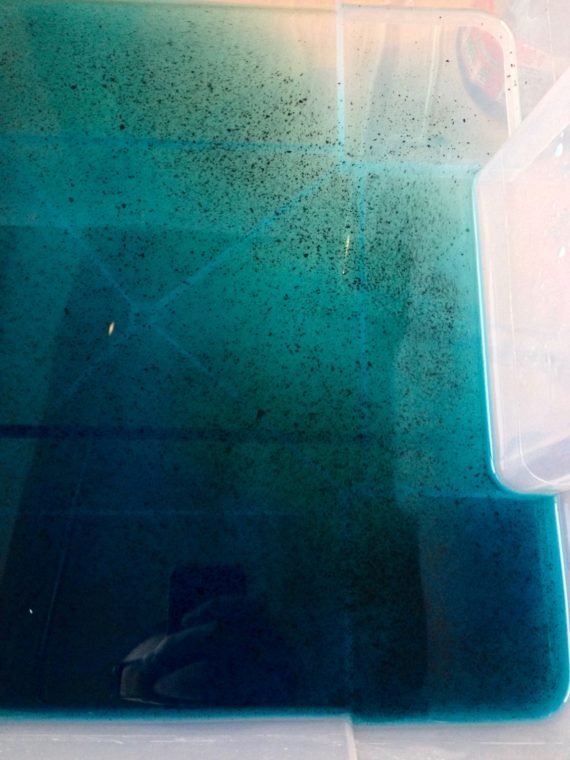 The whole process has taken most of the afternoon to remove and filter the solution (using tubes of blotting paper inserted in funnels) and to remove the thick gunk that has covered the bottom of the tank.

The good news is that the piece that’s being processed right now already seems to be growing better than previously, so cleaning the solution seems essential.

Finishing my MA Fine Art means I can get back to documenting my work using electroforming as a tool in sculptural work. I’ve been refining some of the resist techniques I developed and expanded the range of materials that work safely within the electroforming solution. The photos are mostly work in progress pieces that have used various plastics as a resist. There is also a finished pieces that was created using wax as a resist (old-stylin’) which has bright red silicone elements incorporated.

Take a look at my website for more examples of my work (not all electroformed…) www.mattgale.co.uk

Making for my MA show has sort of taken over lately, but here’s a photo of an element from one of my exhibition pieces that I’ve been working on using my electroforming equipment. 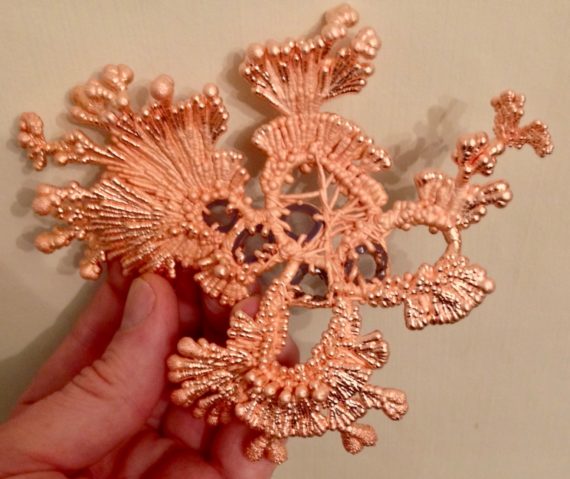 With the set-up and solution ready, I’ve been experimenting with the amount of current needed to create a viable electroforming effect. My initial experiments were less than successful. This was last week’s results: 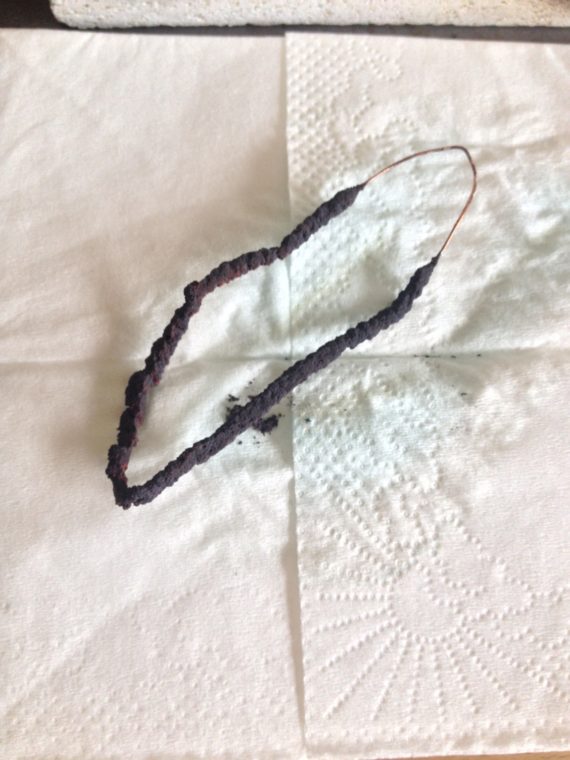 My research suggests that I had the electrical current too high, effectively burning the cathode. The deposit is very delicate and not the nice copper finish you’d hope for…

Today’s experiments have been much more productive. I’ve kept the voltage at around 1 – 0.9 and the amps at around 0.3 and resulting in a much more stable copper electroformed coating. Photos show the piece in the electroforming solution and the after rinsing: