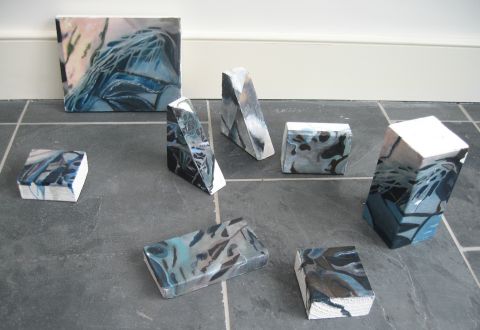 I am currently working on a body of work that is exploring complexity and connections and different facets of the same experience.

I often like to follow narrratives and respond not to the story but the events and pressures contained within them, the outcomes and consequences that root inside and shape our behaviour and responses.

How did I get started on this, one may ask? It started from me responding to elements within the story Anna Karenina by Tolstoy. Anna was from a wealthy Russian aristocratoc family, in a higly regarded, but nevertheless loveless marriage. She ends up having an affair amd eventually liviing with a dashing young Count. As a consequence, she is ostracised by the society she used to associate with and forbidden to see her son by her husband as punishment. Anna has a daughter with the Count but she refuses to marry him. She becomes haunted with guilt as a result of being shunned by those who were once her friends and the pain and suffering she had caused, particularly to her son. Anna ends up throwing herself under a train.

The story is set within the context of a changing Russian society and deals with all sorts of issues surrounding the ruling classes, land ownership and so on. Apart from the issues contained within the story of infidelity, family, guilt, jealousy, love, hypocrisy, society and so on, I was particularly interested in that which was hidden from view. Not just the different characters feelings, but the many unresolvable issues, contradictions, the complexities, the different perspectives of how things are actually are, depending on a particular angle one faces.

Is there only ever one truth? It seems to me that the mystery surrounding truth is the cause of a great deal of fighting and unrest – personal and political. I recall a news report from Libya recently where one town effectively and brutally forced the people of another town out – this was apparently done as retaliation for the rape and torture these people had inflicted on the people of the first town. There is accusation and denial from both sides. What is the truth? How much has hear-say and peoples own personal perspectives come to bear? What are the shifts, nuances and angles within this that alter the reality depending on ones personal truth.

Many of the news reports we see, are based around ths same such issues of what is the reality. We ae obsessed by it. Even if we had all the facts to bear, it doesn’t mean that we will interpret them in the same way. Our own personal context will influence our view. 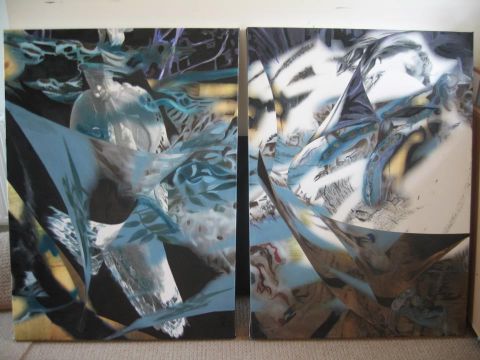