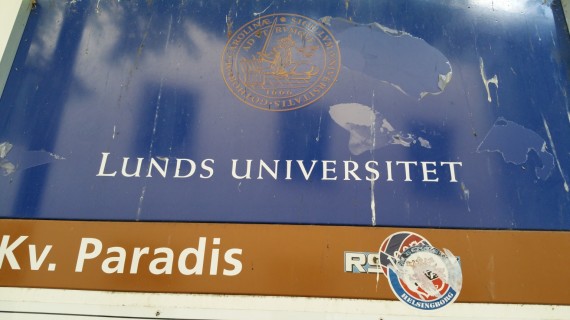 Enjoyed a day off and it was back to business. My next gig was at Lund University helping my Swedish counterpart film a seminar on Indian politics.
I bought my Canon Legria Mini X and use it as B Roll camera. 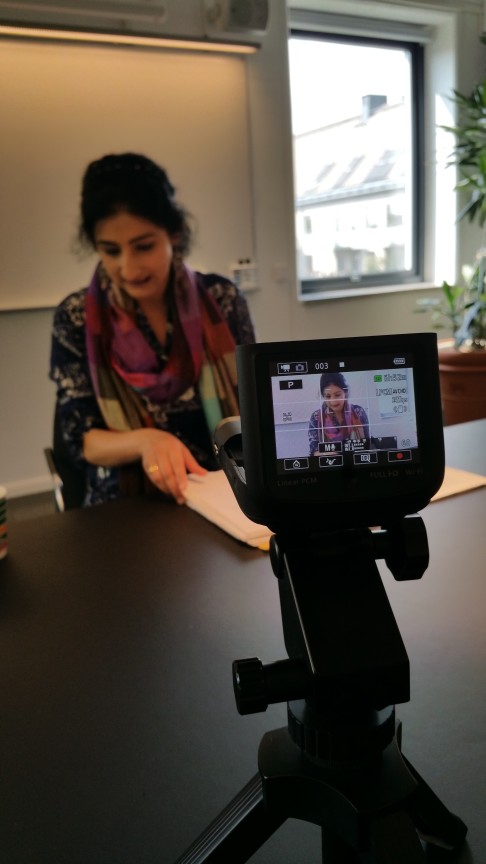 . While Talat used his Canon G25 Legria as the main camera. 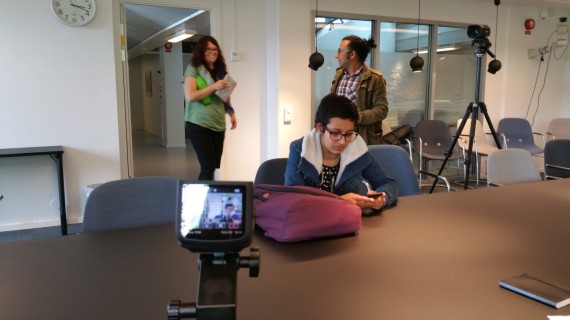 Once seminar had finished I had the privilege of hanging with guest speaker and Professor of Lund University for drinks and pizza. 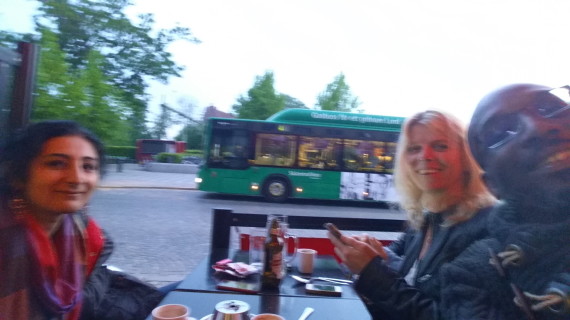 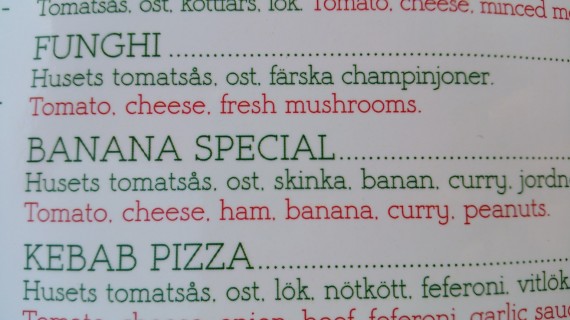 While selecting which pizza to have I noticed a strange pizza called The Banana Special…check the photo and you’ll see the strangest ingredients to be on a pizza. I wasn’t brave enough to order it, but one the Råfilm members is threatening to cook me a Chicken and Banana dish. I’m I looking forward it? Not sure but I’ll give it a try.
0 Comments

Induction day and I was asked to prepare a dish before my arrival so I decided to come up with one of my favourite dishes, spicy Mexican Sweet Potato and Chicken Soup. 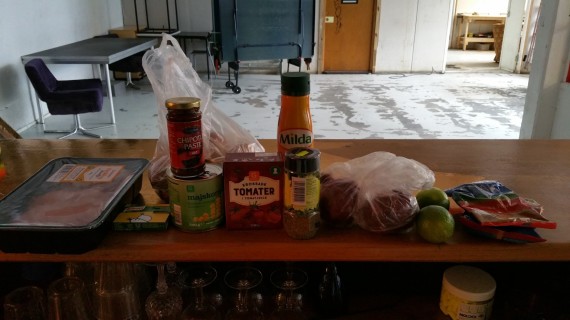 Since I became single I’ve not cooked this in ages as it’s not fun cooking for one, so it was a pleasure to cook again. The others were in work mode so I left them to it. 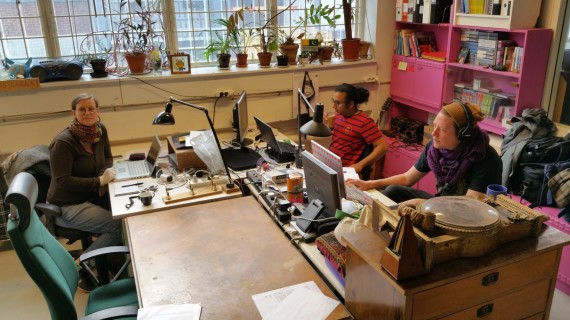 I got down to business and started to prepare ingredients. Whilst doing this I thought I’m gonna get some stick for this back home as so many friends have asked why you don’t cook anymore? in fact one quoted on Facebook “So you cook for the Sweds, but not for the Mancs (shorted version of Mancunians) 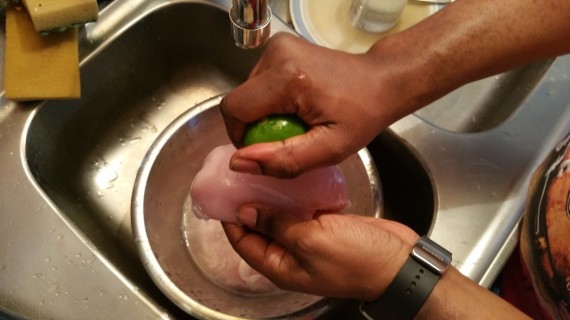 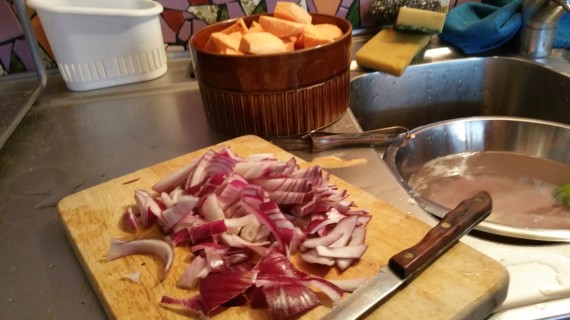 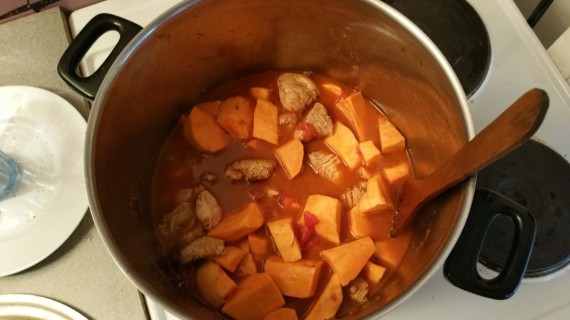 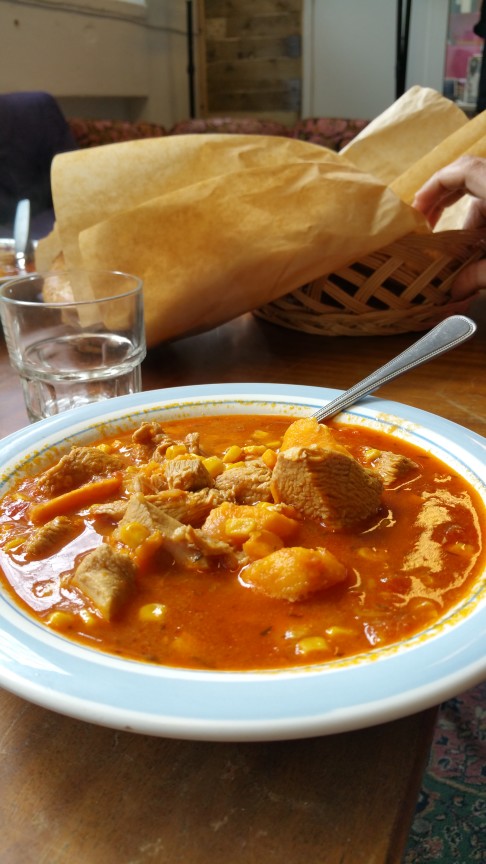 Tell you what I’ve not lost my touch this soup is to die for and soon it was appreciate by the collective, having 2 servings each and then Anna decided it was siesta time. 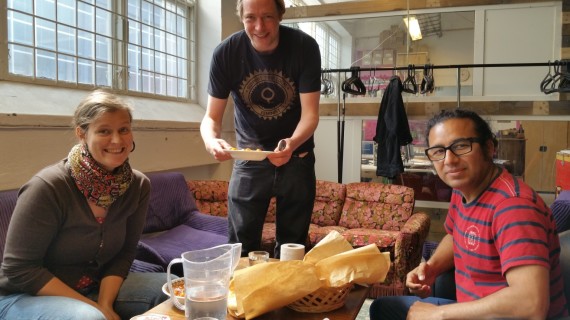 So once are bellies where satisfied it was down to some work with a gadget Talat brought it for me to play around with, which at some point during my stay I’ll be using it for his film project. 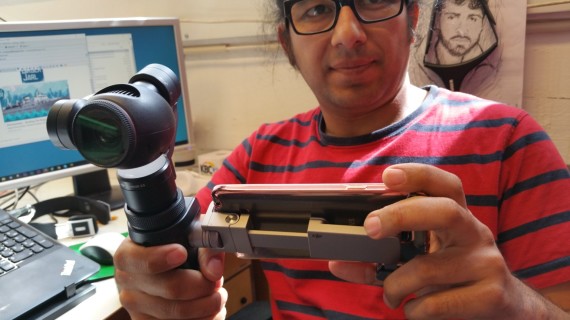 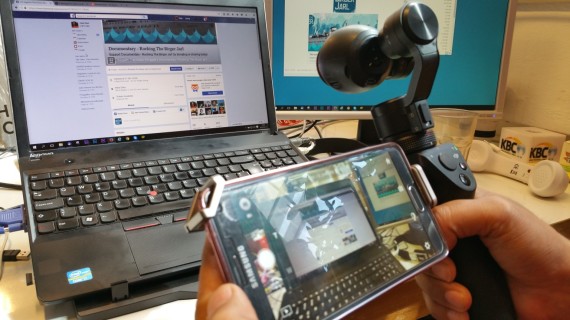 I’ve still got to produce another dish before I leave this beautiful place.
0 Comments 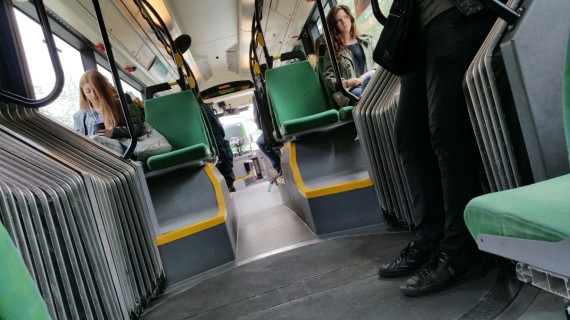 Today it was quiet at Råfilm HQ so I managed to catch up with one of its members Anna Klara Åhrén. We carried on the discussion about the film she and Alex made in Thailand then the tables were turned and the focus was on me and what I did back home in Manchester. My topic of discussion was the the work I left behind which was an African Textiles Documentary I was working on that was going to be shown at Whitworth Art Gallery next month. Fortunately 2 of the Råfilm members will be there at the opening. Like table tennis the ball was back in her half and she talked about migration issues across Europe and how was it affecting Sweden. She then told me that Råfilm had done a documentary on the subject. 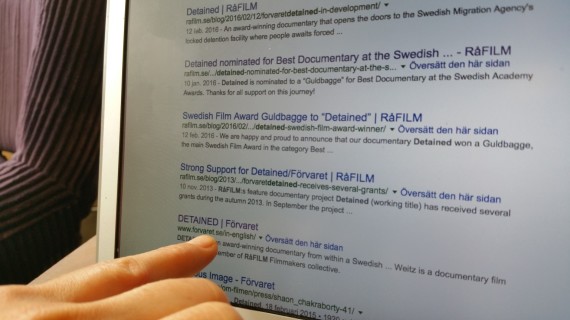 Then just before the trailer started I noticed that the film had won some award. She said proudly that Råfilm had won a Swedish version of a Baffta for their film “Detained” 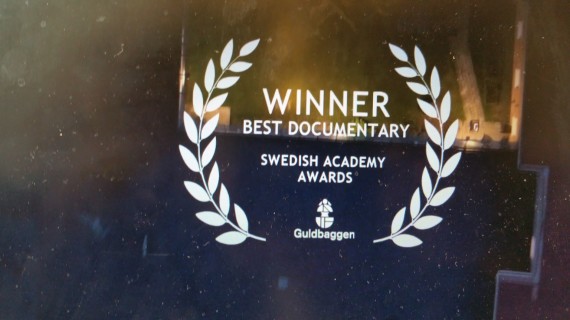 I was well impressed and I knew then that I made the right choice to come to Sweden with the Travel Bursary as I did think of another country whilst doing my application. I then went on a tour of their space. 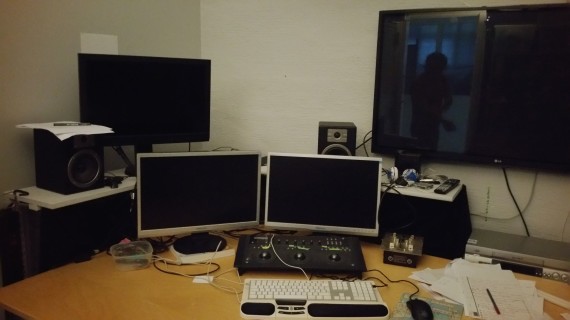 Looking forward to tomorrow where I’ll be helping Talat with filming behind the scenes of his work in progress “Rocking the Boat” and also cooking first of 2 meals for the collective.
0 Comments

I been looking forward to meeting the Råfilm Collective since I was awarded my Travel Bursary and when I arrived I was greeted by founder Alex and his colleague Anna-Kalra. He was in the middle of preparing a spicy daal dish under the watchful eye of Talat who had give him the recipe for the rest of the team. 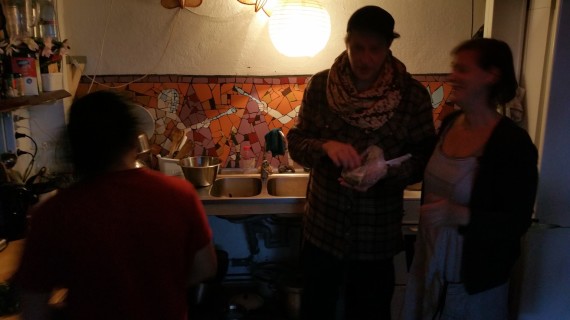 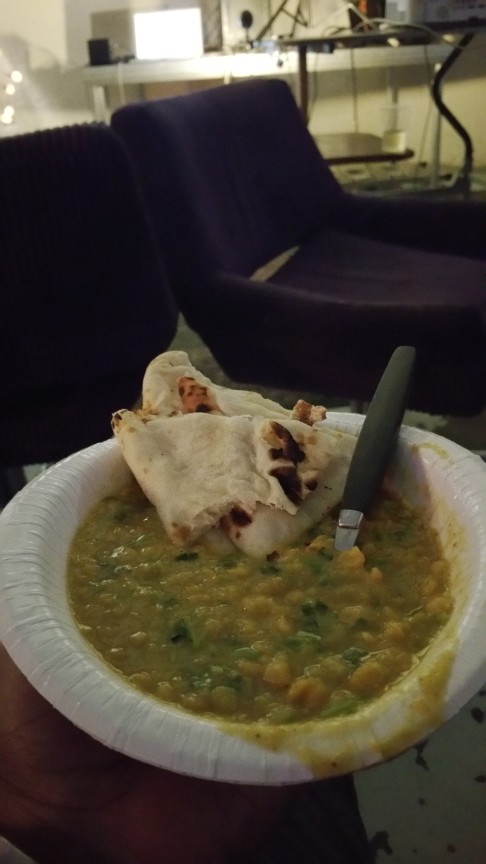 The boy done good and everyone tucked into the food. Now I’m not sure how I’m going to follow that, as I have to cook something for the collective while I’m here
After the food it was down to business and the main focus of the night was to watch a film made in Thailand by Alex and his partner, because it was a private screening I can’t really share what I saw until it’s actually released, but the purpose of the screening to the other members was to get feedback from them through feedback forms 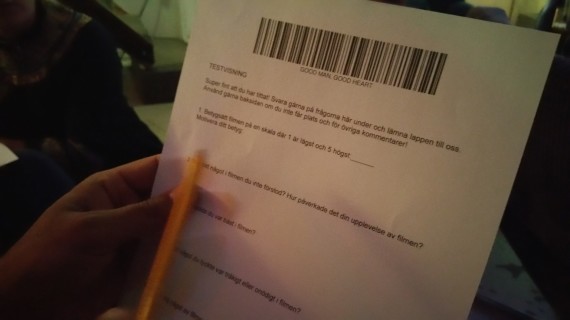 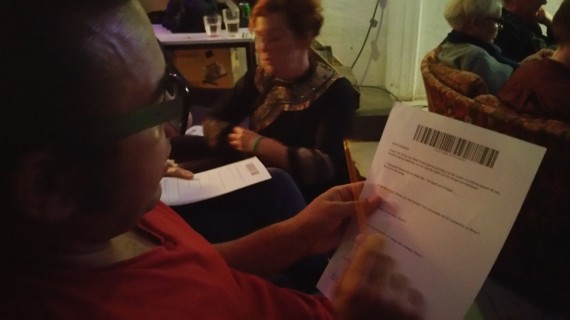 Then we got into groups of 5 to discuss the narrative and storyline of the film and give verbal feedback to the founder of Råfilm, I also gave my 2 pence worth and then at the end of session the group relaxed with a bit of karaoke. 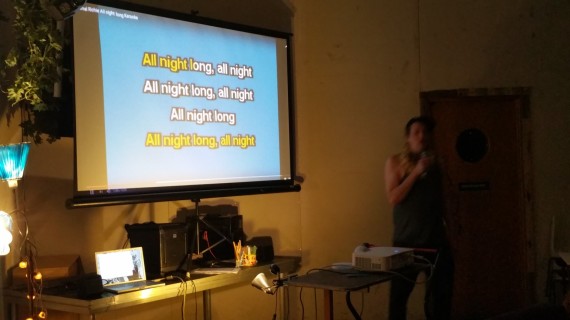 Everything this group do evokes team spirit just like Leicester City 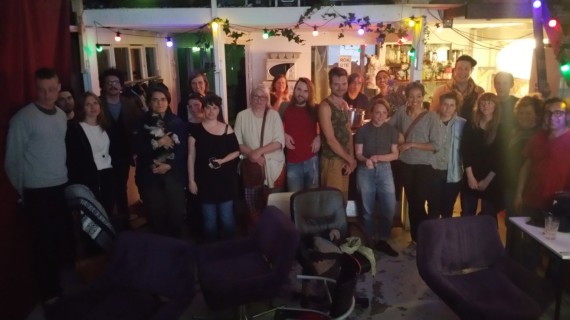 and it would be great to set something up like this back home as too many of my fellow freelancers not through choice have to work alone as a one man team. I’m slowly building a team and hopefully build a relationship with Råfilm and maybe do something together.
Later today I’m gonna try and watch my beloved team Manchester City hold on to 4th spot.
0 Comments

Freelance video artist. Currently in colaboration with Råfilm from Malmö through Travel Bursary I received and the potential colaboration has started.