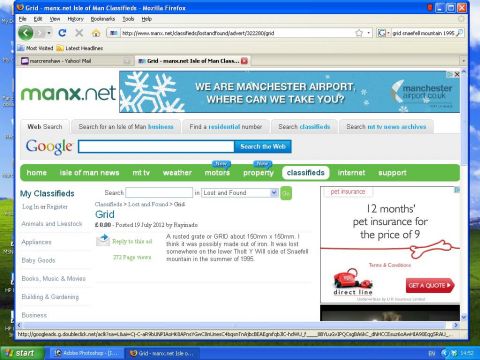 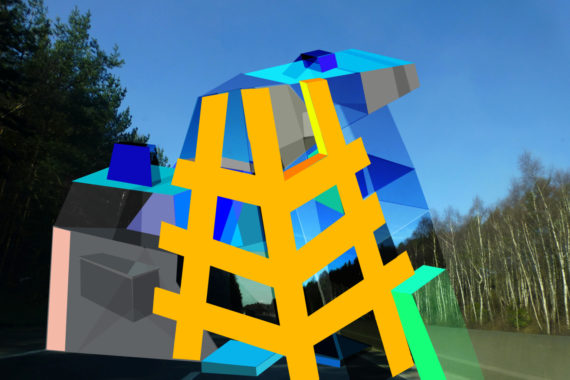 Well…just off the boat and now on the Heysham to Lancaster train. A grid free venture yet again.
The island is once again a memory. Did the artefact ever really exist. A load of passengers get on at Bare Lane…lots of happy new year greetings. The sky
Is slate as the Ballaskella cottage. Now Lancaster station…

There is something about chasing a myth. Mirth morelike. I arrived at a deserted Birkenhead ferry terminal to discover that there has been a mechanical failure with the boat ‘The Ben My Chree.’ I was taken back into Liverpool and found reception at Travelodge to be, well lets be polite and say somewhat unhelpful.

Went to the ferry terminal here in Liverpool who confirmed they won’t know any more until the morning. They pointed me in the direction of The Thistle hotel.

Took a walk around the city…checked out my partner Ellie Collin’s work at The Bluecoat…dadafest – art of the lived experiment and then wandered around The Tate Liverpool’s ground floor skate park. This grid search ain’t easy I’ll tell ya.

Posted on my phone.

The pursuit of the grid location on google earth has posed a bit of a challenge but I think this is it. I need to start packing.

I got my Gridmas shopping last night – a packet of waffles and some honey in which to have an onsite holy communion of sorts. I also bought honey.

I need to get a couple of cans of coke – the original version to pour upon the sacred ground.

I will be keeping an eye out for the mystery grid dog that allegedly haunts the area.

But there are some grid waffles…

I’ve been doing some web based research about the derelict cottage (Ballaskella) where the Grid was last located. I came across an interesting snippet about a mystery large black grid guardian dog some time in the 1800’s.

‘A Manx Scrapbook . . . “Ballaskella (O.S. map), ” Wood Farm,” lies high on the East side of the glen. A common-place story connected with it may be repeated here, if only for the sake of a picturesque phrase. A friend of mine, when a young man living and working on Ballaskella, was going home from Sulby up the steep zigzag road to the farm-house about two o’clock one very dark and foggy night, when a great dog nearly as big as a calf, whose ” eyes glittered like the stars,” came up behind and followed him, growling terribly. He, being as matter-of-fact in his youth as he now is in his seventies, turned round from time to time and tried to hit it with his stick, but missed it with every ” skutch.” Though not afraid, he thought there was something unusual about it, and mentioned it to his employer the farmer next morning, fearing it might do harm to the sheep. The farmer said he had seen the same thing himself a number of times ; there was no fear of its worrying the sheep, but there was ” something not right ” about it, and it was best left alone. My friend never went up by himself late at night afterwards, but preferred, if belated, to stop in Sulby till the morning.”