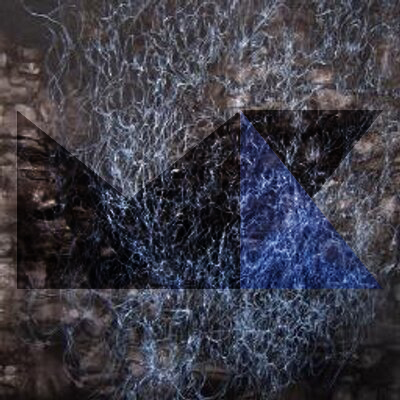 Having introduced Mike to my way of working it is now my turn to visit his workshop and see what he does.  The first thing I saw was the lathe and after a quick demonstration of what it does, we began to see whether there was a way to combine drawing with it to create some hybrid objects.  I started making marks using a colour pencil on the dowel as it spins, adding different pressure to create different tones. Mike then in relation to the marks cut into the dowel using different tools. We made a few versions of this, which ended with us using different colours with each colour representing a different tool to use. The process was fun, particularly the colouring part for me. The resulted objects looked like strange handles.

Next we decided to create some drawing tools. We wanted to draw using more of our arm movements, so we drilled holes into dowels to fit charcoal of different sizes into them. It turned out the charcoal was too brittle and was difficult to draw with. The charcoal would snap easily with part of it stuck in the dowel. I ended up stabbing the stuck charcoal with a screwdriver to create charcoal powder to then scattered on the paper by hitting the dowel with the hole to the ground against the paper. It created interesting marks.

Mike then on a whim decided to attach an off centre motor to the dowel to make the dowel wobble but the motor was not powerful enough to cause an effect. However this sparked the idea of creating automated mark making tools – Drawbot4000 and eventually Dustbot.

Drawbot 4000 is essentially a block of wood attached to a motor with legs and charcoal attached underneath. Its aim is to draw as it moves across a surface. Dustbot is similar but a wooden container holding charcoal powder that sprinkles charcoal as it moves along the surface. They are not robots per se and need refinement but they produced some promising results (see pictures).

After the session, we both would like to further develop these automated drawing tools to make them move more efficiently and look into different shaped legs or drawing materials they could have.

We also discussed the possibilities of experimenting with materials that react to the environment such as heat (thermochromic materials) and light (photochromic pigments/paint). Working with these materials would enable different experiences to the art work depending on the environment it is displayed in. However not being able to see the whole piece fully each time could mean the making process would be recorded in the form of a time lapse video perhaps.

I think we will have a lot of experimentation to do. Next meeting will be at the Kinetica Art Fair and I am sure we will find even more inspirations there.

While on holiday in Spain, we planned to do a little workshop where Bettina could show me her artistic process and invite me into it.  In the lead up to this we discussed our ways of working and visited a couple of really relevant sites, in particular the prehistoric caves of Serinya, where mark making had been going on with pigments for tens of thousands of years.

For our session, our canvas wasn’t a cave wall, but a large terracotta tiled mezzanine floor, while our pigments were a variety of coloured chalks.  The aim of the workshop wasn’t to draw anything in particular, but to follow the lines we felt like making with the flow of our body movements or a particular pattern that interested us.  There was a distinct difference between Bettina and my mark making – Bettina’s flowing, intersection lines and patterns and my more rigid repeating echoes of forms with block colours.

As the session flowed on, we became interested in the remainder and artefacts of the work we had created.  Shards of chalk had snapped off and remainders of larger pieces had congregated in the grouting between the tiles.  These dusty fragments became another, less precise, mark making tool that let us add another element to the drawings.  This layer, overwriting and adding to previous, deliberate marks was more arbitrary – smudging and mashing together dust and shards to add a filter to what we had done before.   As this was such a satisfying technique, we deliberately started to pulverise larger pieces of chalk to see how the dust would make marks through being hit and to coalesce all the colours.  This echoed the pigments and mark making of prehistory that we had seen a few days before and also created a history of pigment making on the tool we had used for the purpose.

Finally, we decided to clean the mezzanine with a hose and stiff broom.  We thought that this would be interesting as we both share an interest in impermanence and that the colours of the chalks being mixed as they were washed away could create an interesting effect.  As we sprayed the surface down, pieces of chalk joined into little clusters from the flows of the water which had turned a very subtle mauve from the mixture of all the pigments we had used.  Ending the session with a subtractive technique seemed appropriate, but in the end we still created an unintentional additive outcome.

This session was really about exploring mark making in a non-goal oriented setting – to really explore and play with lines, forms and colour for the sake of self-expression.   This lack of direction was a complete departure for me – as a designer my sketching is usually to find form for an object, to solve a technical issue or to practice my techniques by trying to reproduce reality in life drawing.  This freedom allowed both of us to draw in the moment, creating forms and patterns as we felt rather than anything predetermined or with a greater meaning.  The expression of our own artistic sentiments, aesthetic sensibilities and how we move in space was expressed by the mark making in this session.  I think that this physicalisation of the interplay between our distinct approaches really helped both of us to get an insight into each other’s way of working.

Finally, the impermanence of the mark making and the artwork itself is really important.  On a personal level it helped me to become less precious about what I was doing and to really get into the space of play and actions without consequence.  It also made the performance of drawing as important as the drawing itself – both combined to create an artwork but as both were so short lived the act and the record of the act became as important as each other.  Finally, the only record of the work that we created (beyond the photos) was the tools that we used – I think that the tool as a record of the artwork is an interesting avenue to explore in the future.