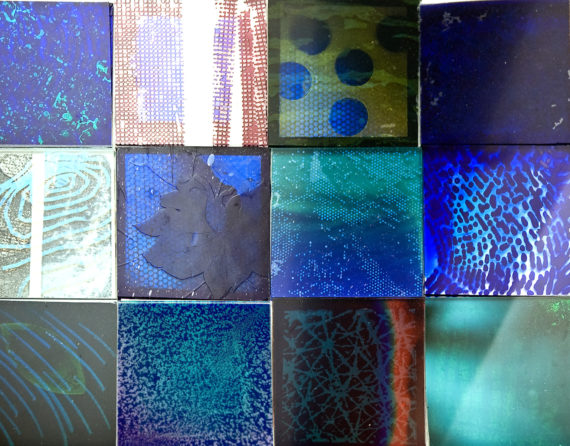 I always have a strange feeling when writing a blog; whenever I post my experiences, feelings, results of tests, etc. I often feel that the only voice I hear back is my own! I think that writing blogs is like putting a message in a bottle and letting it drift around the open seas of the ethereal world – not knowing where the tides will take it or who will read it. I’ve come to the conclusion that you need to have the patience of learning how to throw a boomerang until you have mastered the technique to get it to come back to you! Anyway, here is another attempt at throwing my boomerang …

In the last few days I have returned to doing some more tests with TLCs; with some more disappointments, but also with some positivity.

Having had the problems with de-lamination using any of the processes I have tried, I started to feel as if I was at a dead end. Despite the incompatibility issues between TLCs and 2-part silicone, I found that if I spray a thin layer of TLCs signs of de-lamination will occur over time, but the bonding of the entire piece of glass will not be compromised.

I made some enquiries to find commercial companies that have the facilities I need for the lamination and have come up with a couple of possibilities in the South West. I have had a very useful meeting with one of them and they very generously gave me some samples of the EVA film that they use along with a sample of another type of film (Thermoplastic Polyurethane – TPU) as well as some silicone sheets for me to make my own vacuum bags to do some more DIY tests. It felt as if Christmas had come early!!

I have tried both; the new EVA film is thicker and a better quality than the one I was using previously. The silicone sheet for making the vacuum bag seemed a good idea as I could make something that was exactly the size I needed without having to fold it to fit into my kiln. However, as the images show, the first attempt was not totally successful. The silicone sheet is so light that when I started the vacuum pump it was immediately sucked into the tube connected to the pump and it was very difficult to get all the creases out to make sure that air was extracted from all the glass samples. This meant that there were quite a few bubbles where air was left trapped inside the glass.

On the positive side, at least the TLCs were still working after the temperature cycling! This may have been because I also kept the temperature lower (although for a longer period of time) while the EVA film was fusing. 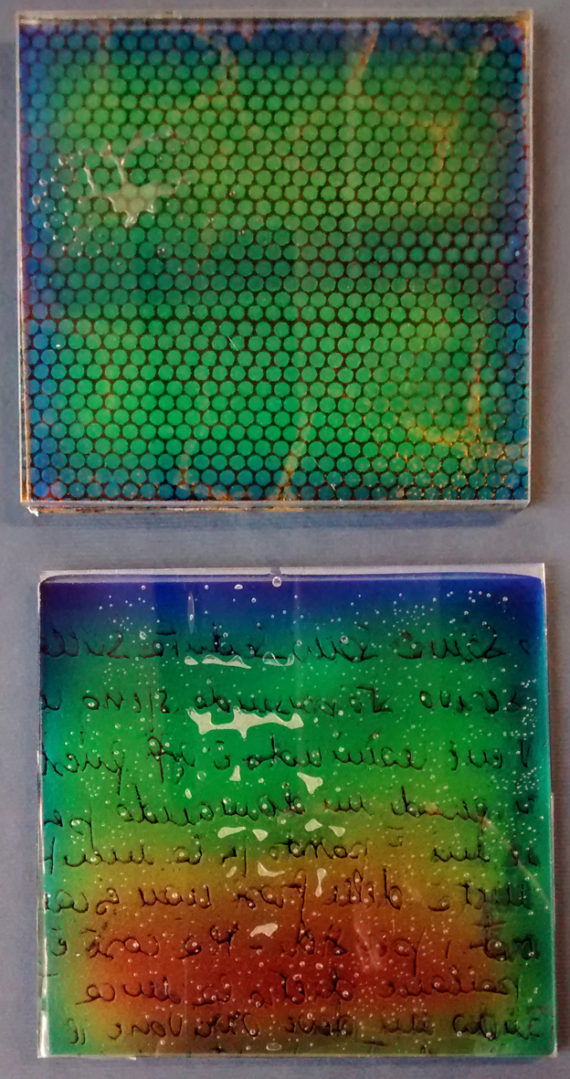 I’m now planning some more tests, so watch out for my next message in a bottle and throw of the boomerang …
0 Comments

I am an artist and a maker using glass as the main medium to materialise my thoughts. I specialise in architectural glass installations, mainly commissions for both public and private locations against specific briefs.