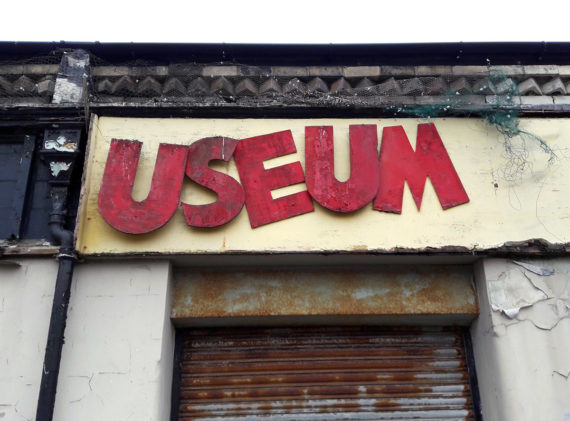 0 Comments
Viewing single post of blog Unity, Laurie and ‘Me’

I am moving ahead quite quickly. Having decided not to apply for any funding for this project it has, by necessity, to be lean in its cloth cutting. Single camera – one to one is my preferred approach anyway. Like many of us no doubt, I have lots of different ideas mulling around, but then when the opportunity arises, sometimes it’s just better to go with it and to hell with sorting out the ticky boxes and project descriptions. Audience demographic? hmm not sure but I am sure there is one.. I just REALLY want to get on with this piece.

I’ve had this conversation before with various people…‘so where will you show the finished piece?’ Well actually I know exactly where I want to show it, but I haven’t yet approached the gallery, and anyway, would you typically ask the same question of a painter before they had put brush to canvas… I think not… so what’s the difference with video art? .. and I do class it as video art… not documentary.

Talking of which – the reason why John Spencer (grandson of Stanley) offered to let me come down and stay, and talk with his mother (who is a little frail), was because he totally got the concept. He gets many requests from people keen to have a piece of the Spencer’s.. and apparently not everyone has their best interests at heart. But John saw that this is an actual piece of work…an artwork not an exploitation.. I don’t want anything from them except their time… and I’m not trying to retell a very well trodden narrative. Like all my work, I travel ‘hopefully’. I have an agenda but it’s very open ended and I’m looking for the narrative not yet invented.

So – this weekend I am to travel to Bridgend in Wales (a 7 hour train journey from Newcastle) to spend some time with the Spencer’s. John very kindly offered to put me up too, so I shall do some filming on Saturday and pick up with Unity (and her doll) on the Sunday.

I am truly impressed at how accommodating in every way they are being. I will take my own camera and sound gear and John has lights etc so I can just about yomp it on the train. Having said that- I am to be picked up at the station and have no idea where I’m actually going, so this is very much a leap in the dark. Very exciting and very nerve wracking too. It’s the sort of thing I used to do in my ‘just out of college’ days but I am a tad more advanced on the timeline now, so forcing myself out of my comfort zone.

In many ways this feels almost unreal. Stanley Spencer, and his painting of Unity, have been in my mind file for the majority of my life. Now they are to come alive in a way I could never have imagined when I first saw the painting at 17 years of age. Spencer’s paintings are of course very magical anyway.. his layering/ interweaving of biblical mythology into the fabric of English village life, before, during and after world war two, is an unusual world construct. For some reason I have developed elements of that approach in my own work. Unconsciously though; it is as if his work resonates with me again in a way I couldn’t have anticipated when I first discovered him.

But this piece is about Unity. Inevitably her father will emerge.. but I am determined to focus on Unity, though she does seem to be defined by her father (I have been reading her biography).

This week I filmed Laurie – my other subject. I don’t think he will mind me saying that he has had some issues in his life. He talks openly about them. His mental health has oscillated over the past few years and he was sectioned not long ago. He’s back into life’s babble now though, and in much better spirits. His allowing me and my scrutinising camera to sit with him whilst we wandered through a landscape of thoughts, was a very generous gesture I think. He didn’t have to do it – and I certainly didn’t want to put him under any pressure either. But in the end we had a really interesting journey.

It took me a while to set up the gear and find the right spot.. it was dark so needed lighting and I wondered if he would lose interest or not be very forthcoming. Indeed, as I was lighting him he was quite subdued, as if not much was going on with him. Then we began. I had a number of questions prepared, but only as backup. What happened was that thing that usually happens but which I never dare rely on. We just talked; it flowed; we went to places in the bubble which is two people encapsulated in their own time. I guess that’s maybe what a psychotherapy session is like. Anyway it is a special place (in a none ironic/comedic sense!)

There was something odd tho. It appeared as we developed ideas of time, and what it meant in relation to his portrait, that Laurie wasn’t sure the picture was of him. He pondered that it could be anyone imagined by his step father (the artist Gerald Davies). I was surprised: ‘Your mother said it was definitely you – projected forward when you were about four years old.. I thought you knew that?’ He wasn’t convinced. We moved on.

Later, after Laurie had disappeared upstairs, I chatted to his mother and brought this up. ‘Oh yes it is Laurie imagined as a young man’ she said ‘but I shall text Gerry to make sure’. She did just that, and later sent it over to me. The text said:

‘.. I thought he would be elegant but spirited, as I recall there is a horse rearing out of his back! It was one of a group of drawings prompted by ephemeral, hardly perceptible suggestions; intuitions’