Had a very enjoyable time yesterday at Bowery Visual Arts delivering a beginner’s guide to drawing portraits. I gave a brief talk about my paintings and the processes behind their creation. Then we looked at Daily Drawings and the mark […]

RePaper drawings line by line Working with the Creative Writing group at Bowery Visual Arts. Sitters found it fascinating to watch the drawing appear on screen as it developed, and their reaction to it became part of the drawing. Many […] 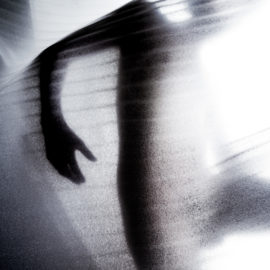 I’m very pleased to find that my drawing, ‘Displaced Portrait No15 (woman with baby)’ will be included in the Turner Contemporary Open exhibition later this year. This piece is one of an ongoing series of silverpoint drawings based on souvenir and identity […]

One of my drawings has made it through to the second stage of the selection process for the 2021 Trinity Buoy Wharf Drawing Prize. ‘Displaced Portrait No16 (woman from Brünn/Brno, 1942)’ is one of an ongoing series of silverpoint drawings based on […]

I run a fortnightly Zoom drawing club which is proving to be quite popular. It isn’t a workshop – rather a space for drawing in company and sharing ideas and encouragement. We don’t usually have themes but inspired by Grayson […]

‘Coexistence’ is a call for ‘empathy and solidarity that transcends species’ and features works that reflect on issues of humans’ relationship with nature and critique an anthropocentric worldview.

I’m running a workshop in a few weeks time. It’s for adults and its a way to discuss facial recognition. We’re going to be making flick books and gif using rubber stamps. Flick books are surprisingly tricky to make considering […]

I wanted to see how the google facial recognition technology works so I uploaded a photo of myself to google images and searched for other images with it. I wouldn’t have thought to do this normally.. it’s like one step […]

There’s many ways that people are trying to hinder the use of facial recognition. Most recently seen has been the actual dismantling of cameras during the current protests in Hong Kong. (Interestingly they echo the toppling of dictator monuments during […]

The point of this work is to explore what facial recognition technologies are and how they may affect our behaviour with regards to public gathering and protest. I have worked with six people who participated in public protest. A few […]

I’m been busy getting stuck in with the making of the placards. Tearing lightweight Japanese paper to size, prepping screens & ink, screen printing the multiple portraits (with George Barron, Double Elephant Print Workshop Screen Tech/Tutor), composing and gluing the […]

Yesterday I met with one of the founders of a Cornwall-based company “TouchByte” who sell and deliver facial recognition applications for a wide range of purposes. Jeremy Sneller was very open to meeting with me, and he was friendly and […]

Over many years I’ve been considering through my practice what part art can play in contributing to positive social change. Alongside this question, I have also been asking what forms activism takes. Traditionally activism is outward, energetic. At the public […]

Here’s the plan for what I’ll be making for the commission. It’s emerged quite slowly. I’m generally surprised at the amount of time it takes me to develop work. I spend equal amounts of thinking and making. My process is […]

“Our vision of the future is a FRICTIONLESS SOCIETY – where your face is your secure method of triggering other multiple day to day events. There will be no requirement for keys to enter your house, space facility or car, […]

This week I printed a series of photopolymers and monotypes onto a light weight Kozo paper. The plan was to layer up similar and the same images, but shifted, looking for the liminal portrait. A portrait that both ‘is’ and […]

Panopticon .. that’s a new word for me. It is satisfying to say and particularly in the context of the area of automatic facial recognition (AFR), gratifying to learn about. I was drawn to the Wikipedia page on the Panopticon […]

I spent Tuesday morning making my face into its own dot-to-dot drawing. Using this diagram as a guide (taken from the Wonderworks Museum information panel), I drew dots on my face that align with its form and structure. Places such […] 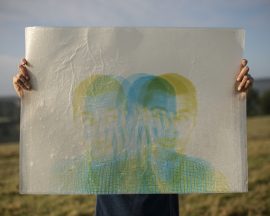 New work about facial recognition technologies and whether they will change the face of public protest. A commission by University of Exeter.

Drawing is the artist’s most direct and spontaneous expression, a species of writing: it reveals, better than does painting, his true personality. Edgar Degas “I love your sketches,” said my friend with warmth, the other day, having no idea that […]