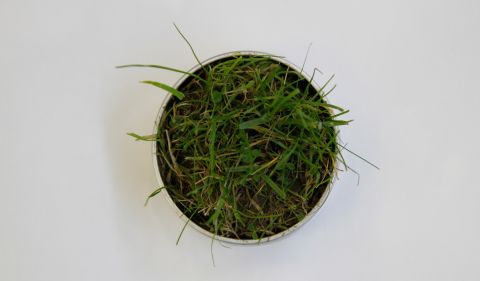 Continuing from my last blog, which discussed how I make use of painting as part of my fine art practice, I wanted to look at the role of painting in photography practice.

I prefer to shoot on black and white film and then further manipulate the negatives or prints, both during the darkroom process and after. I particularly like scratching negatives, to change or remove areas of the image. One image I worked on recently, involved me carrying out a photo shoot against a white backdrop, with the model wearing only white. The photographs were over exposed to blank out the models outfit and leave her hands, face and feet very pale. After developing the film, I used a pin to scratch onto the blank space, manipulating the image to look like the Virgin Mary. After a print had been made, I painted onto it in the style of one of the crude images of Mary which I had been looking at as part of my research. The finished effect is a kind of bizarre collage of techniques.

For another photograph which involved painting, I painted thick black paint onto a piece of acetate. Once it had dried, I placed the acetate over a piece of photo paper and exposed it, giving the paper a black boarder and brush marks where the light had been able to pass through. I then exposed it a second time in the usual way, projecting an image from a negative.

Moving forward I plan to further explore the potential of using painting in conjunction with photography. The more experimental and hands on my photographic practice can become, the better.

It’s been a busy few weeks. I’ve given one presentation about my work and now I have another one on the way. I’ve also started another new painting, been working on various pieces of photography work and have applied to enter the John Moores Painting Prize 2012.

This next presentation will be more challenging, as it is about my practice in general. Since my practice is quite varied and I have several different projects currently ongoing, I think I will concentrate on one aspect of my work which spans several projects, namely painting. I do not particularly see myself as a painter, but it is one of the areas of my work that I enjoy the most. When I paint I tend to think about my work and it allows me to think about other pieces I am working on, or ideas for new ones.

My paintings are made up of blocks of colour, sometimes flat 2-D colour, and other times various shades to create a more 3-D image. Neatness is a huge concern for me and I use the tiniest paintbrushes I can find to keep the edges of a block of colour as neat as possible. The paintings are usually finished off with a bold black line around the outside of an item within the picture. My pursuit of neatness also means that I practice a painting over and over again in my sketch books, until I am completely satisfied, before I even begin to think about working on my final piece. I eventually realised the potential of my sketchbooks as a piece of work in their own right. Some people say that my sketchbook work is more interesting than the finished piece and in some ways I would agree, but the sketchbook would not exist without aiming for the finished painting.

Once I have a fully practiced and perfected image I then can transfer it onto the canvas (or other desired material). I used to do this using baking parchment as tracing paper, but when I started working on bigger pieces I bought an old over head projector from ebay and I now use acetate. Each layer of the painting is copied from my sketch book onto a piece of acetate and projected, allowing me to draw around the projection. The final piece becomes a kind of paint by numbers with my sketch book to guide me.

To help illustrate my methods I have included some photographs of the various stages of creating a painting.

I like to work on a number of projects at once, each project potentially consisting of several pieces of work. This helps me because it is both pragmatic and helps me to be prolific in producing work. When I come to a dead end on one project, I can avoid procrastinating by getting on with another.

Up until the Christmas break I had been exploring a number of different projects (around nine across both fine art and photography), but now has come the time to narrow down my ideas in the run up to the degree show. I hope to continue with just two projects for each subject.

This week I have to give a presentation for my Formative Dialogue Assessment, which basically means that I will be giving a talk about my fine art work so far this year. This has helped me to focus on which of my projects are the most successful. The one that stands out the most for me is my project based on the sea, which bridges both fine art and photography.

For the fine art side of my sea project, I have been working on a painting based on the Virgin Mary in her role as Star of the Sea. In my second year I painted two paintings based on the Sacred Heart of Jesus and the Immaculate Heart of Mary, subtly substituting the traditional love-heart style heart for a more realistic looking heart. I once again drew upon this image to create a new Immaculate Heart-style painting. For me this is both a painting of the sea and a portrait of Stella Maris (Mary Star of the Sea). The imagery included in the work is based on Christian symbolism and depictions of Stella Maris, such as the crescent moon on which she stands, and the use of the anchor as the Christian symbol of hope. The finished work will be an un-stretched piece of canvas hung in the style of a banner.

I’m a mature student from Sheffield in my final year at the University of Chester where I study Fine Art and Photography.

My concerns centre on themes of death and religion. In my third year I have become interested in the sea and more particularly in solo navigation. I see the sea as both beautiful and terrible and find that the fear and otherworldliness of the sea relate well to my concerns.

Recently I submitted work for an interim exhibition. This consisted of three pieces of work all relating to different aspects of the sea and under the umbrella title of The Sea.