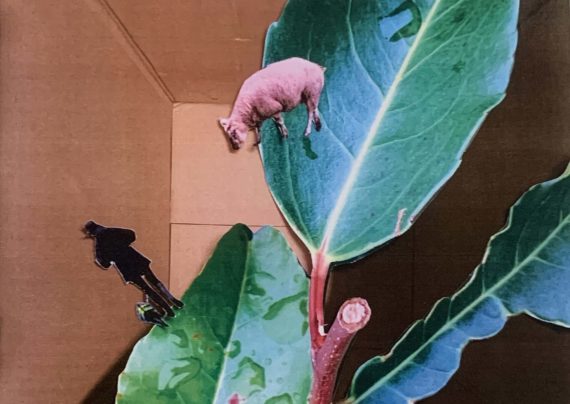 Dilip Sur in a recent drawing workshop talked about drawing ‘inside out’ to explore what it is that is being drawn, not to represent, but to enquire into being. I looked out of the window and chose a weeping birch tree. The unseen roots became vast and extensive. The cracks creating the texture of the bark were like happenings, re-imagined by the charcoal. The tree spiralled out from the centre of its branches.

The limited imagination of roots was humbling. To confirm the failure, I inverted the drawings to see if the roots might resemble the branches above ground and pledged to draw the trees upside down as the next exercise and to find a way for the trees to extend beyond the confines of the paper. Dilip spoke of the metaphor of the tree, the necessity of  strong roots and I thought about the bronze age timber circle, given the name ‘Seahenge’ with an upturned tree stump at its centre, the branches  of the tree reaching down into another world. I had created a performance piece with Judy Nakazato in 2016 called The Listening Stick that voiced the conflicting responses to its excavation in 1999. 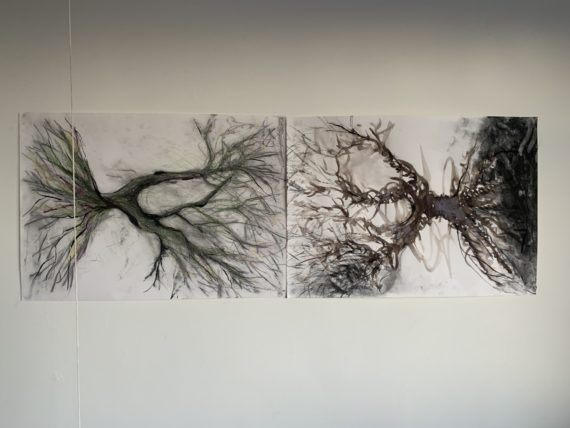 This process of drawing was resonating unexpectedly with other spheres of my practice and the next day during another drawing activity I recalled Dilip’s quote from  Nietzsche:

I drew chaotically, responding to my own marks by trying to create some kind of order and new meaning from the chaos.

What might it mean to bring chaos into walking?