Walks With Other Artists represents the first time that I have actively sought to generate work through my actions, rather than have ideas come to me over time and then figure out a way to present them.

This shouldn’t be misconstrued as my staking a claim for artistic genius; far from it. Previously I have made work that responds to my experience of the world, I’d have said I didn’t have a method, but that just means my method was to sit back, cogitate, and make something every few months that summed up whatever idea had been rattling around in my head. Perhaps I’ll make a separate post about what else I’ve done. The point is, the artistic genius that plucks ideas out of thin air is and always was a myth. An artist has to work, and working with the methods I have described here comes with the fear that one day the ideas will dry up. I’ll be graduating from my MA in the spring of 2020, and the thought of entering the world of residencies, workshops, teaching, and all that that implies with such a precarious way of working fills me with trepidation. Walks With Other Artists is my stab at instilling some confidence into my practice.

I had a tutorial with the course leader on my MA recently, in which I discussed some of my text-based art, some maps I’ve painted, and this project, ‘Walking With Other Artists’. 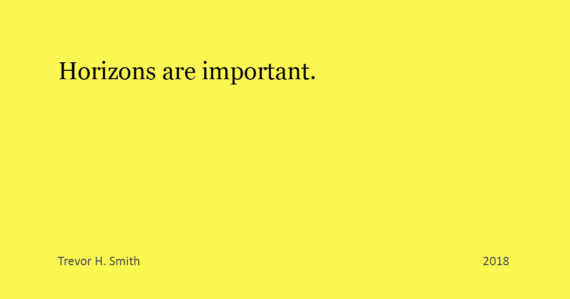 was dismissed as ill-considered with no differentiation between several types of content and an arbitrary colour system. What this collection amounts to – and there are about thirty of them – is a decent chunk of raw material, whose direction I need to figure out. 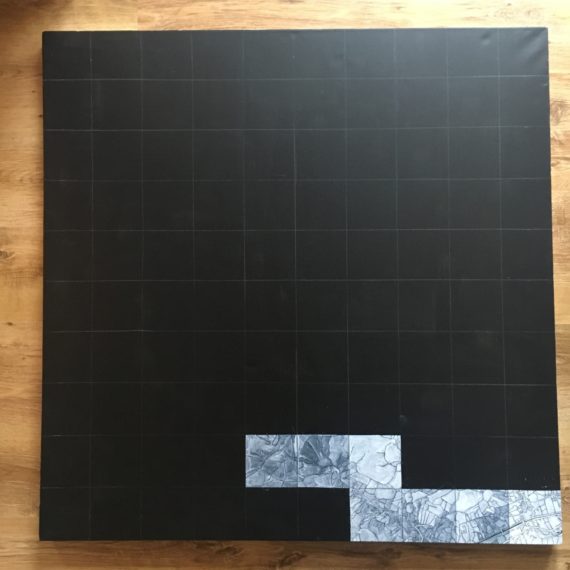 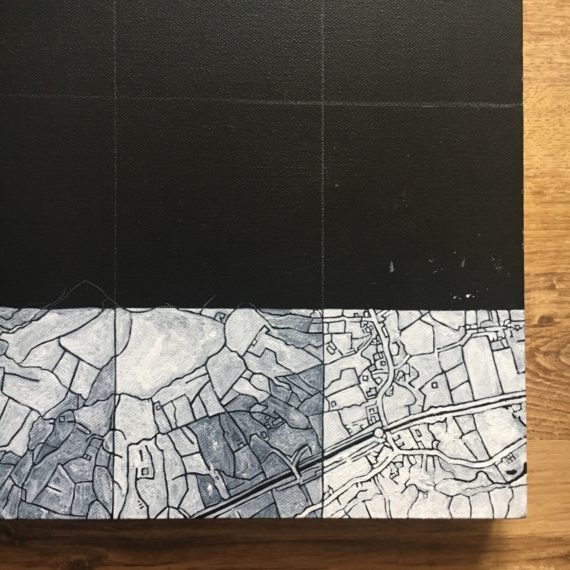 were revealed to be a transitional object between my deeply rooted suspicion that every project needs a physical outcome and my relatively recent (I mean, like, fifteen years ago) acquisition of the knowledge that that simply isn’t true.

I’ve been painting these maps for years but managed to get through a Fine Art degree, six years as a practising artist, and the first half of a three year MA without telling anyone about them. I kind of already knew what my course leader told me, but I needed to be told by someone whose judgement I respect, and in a safe space. I best enunciated this via the stories section of my Instagram account @UnsolicitedArtistInResidence so please do take a look, and follow for my semi-daily musings on the whole thing.

By far the most valuable aspect of my Fine Art BA (2009-12) and now my MA has been the one-to-one tutorial. For me, a good tutor is far more important than a library, technicians, and any equipment you can access on your course. Because of this, a good tutor can make or break the art school experience, and I’m thankful that I’ve had a few that have really understood where I’m coming from and what my intentions are, and in that I include my current MA course leader. In a way, the MA isn’t just about figuring out what kind of direction I want to take my practice in. It is also an opportunity for me to observe some great tutors at work, to absorb their methods, and to see what works and what doesn’t, in advance of what I hope will be a career doing the very same in the not-too-distant future.

So my tutor was very encouraging about Walks With Other Artists, and there was this weird moment – gratifying, but weird – where we were figuring stuff out through conversation, and he was teasing information and ideas out of me, encouraging me to pull apart my thinking, and to not be too harsh on myself either, and at the same time we were both aware that a great teacher/student moment was occurring, and that I was mentally noting down his methods.

One thing that came up during the session was the spoken word material I had produced during the first year of the course, its personal nature and its emotional content. We got into what I had really been shooting for with this and earlier work, and it came down to the kind of direct emotional connection that most of us would associate with music. In a sort of ‘no work of art ever moved me to tears’ kind of sense. The spoken word did, and it’s no coincidence that it feels like the truest work I’ve ever made. I think this may be the reason I’m going on one-to-one walks with people. The emotional connection, the talking, the rhythm of walking, even the fact that my favourite bit about university if the solo tutorials, all of this combined with my natural inclination to oversharing; it all adds up to this project. I guess I’m saying what better way to create emotive work with a personal touch – something with feeling – than to take my ‘viewer’ on an experience that involves only me and them.

Callum has been fine-tuning his field recording equipment and Walks With Other Artists’ first walk is booked. On Sunday March 10th I will be walking with director of OSR Projects, Simon Lee Dicker.