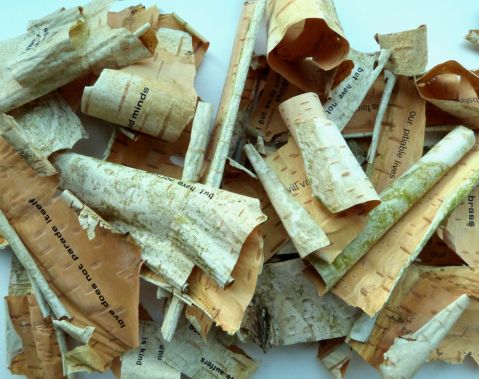 Collaboration three has been designated.

There will be time before our new group of 4 will be available to meet. Time to reflect on the first two collaborations. And time to read Kester’s The One and the Many, Contemporary Collaborative Art in a Global Context.

“He describes a shift from a concept of art as something envisioned beforehand by the artist and placed before the viewer, to the concept of art as a process of reciprocal creative labor. The One and the Many presents a critical framework that addresses the new forms of agency and identity mobilized by the process of collaborative production.”

Reciprocal creative labor. Is it evident in the work we’ve been producing and sharing?

The most successful collaboration in my mind, so far, is Campbell and Berry’s duet of voices and the extraordinarily large text piece. The aesthetic of both is a recombination, a merge, an entity that shows no sign of compliance, but of real collaboration. Product has been de-emphasised for the experience of “reciprocal creative labor.”

The element of peeking attracts us both, lifting, finding elements of the red drawings and found pinhole mark making within the magazine imagery. It’s the spontaneity of the act and unplanned outcome but how can you replicate this in experiments? Lifting, revealing, unwrapping and holes seem pertinent for our play.

Rejecting the idea of creating narratives by deliberately pin holing images we selected to collage heads onto unusual found cardboard boxes and odd packaging. The idea was to create holes through mouths and then fill the voids with expanding foam. We would video the paths of the foam expansion as it hopefully created sculptural forms. The saying about never working with kids and dogs should also include expanding foam; thankfully we were outside when we unleashed the mayhem.

Our starting point for the second collaboration was the Babel Tower work by Alison and Sonia Griffin. Through the Babel tower biblical story the work posed questions about language and the modern trend towards mass communication.

After chatting about our backgrounds we discovered we shared a common interest in the band Arcade Fire and in particular the track “Speaking in Tongues”. We made the connection between speaking in tongues and the Babel tower story in which God confounded people’s speech so that they couldn’t understand each other. In Christianity speaking in tongues is a supernatural phenomenon in which the speaker enters a state where he utters incomprehensible but speech-like syllables. It is believed to be the language of angels, a gift from the Holy Spirit or possibly a real but as yet unlearned language.

Our collaboration involves the creation of a varied body of work all held together by the theme of speaking in tongues and flowing from this the subject of love and evil.

In our final collaboration session Ruth and I worked side by side to create a pinhole parchment based on figurative images again taken from the Sunday Times magazines. It was difficult, slow work and I think Ruth would agree that we were both disappointed with ‘the front’ of the piece. However the back was a beautiful textured raised drawing reminiscent of braille. It invited touching and interaction in its scarred whiteness.

A totally unexpected result of our technique was the overlaying of disparate pinhole images creating new surprising narratives and interactions for the viewer flipping casually through the magazines.

This is the magic of this project. It’s combination of working with unknown fellow artists and playing, create annoyance when the expected outcome disappoints and yet there is marvel at the happenstance found in the residue.

As well as thinking about and executing specific work for the paper project, I spend a great deal of time thinking in more general terms about collaborative working in the art world, the difficulties it presents and the potential rewards.

It is incredibly hard to let go of ownership of one’s art and ego, for example in a collaborative set up being at ease with amendments or even complete rejection of one’s ideas. With this paper project I find myself frequently making comparisons with the recent experience of being involved in improvised group storytelling. In such a situation where the results are instant you quickly learn the obvious importance of listening but also of surrender of self and generosity towards co-storytellers. Any addition to the storyline for the purpose of personal approbation rather than enhancement of the story as a whole is swiftly regretted as the story falters, the thread is lost and the audience is disappointed. However, if the group is genuinely supportive of each other, anxiousness and personal concerns evaporate and, against all the odds, an unexpected story is formed to the enormous delight of the audience and storytellers. It all comes together in the end.

I have had two partners so far in this collaborative project and the working process has been an absolute joy. It has resulted in work that I think we could not have predicted and I look forward to future unexpected work.