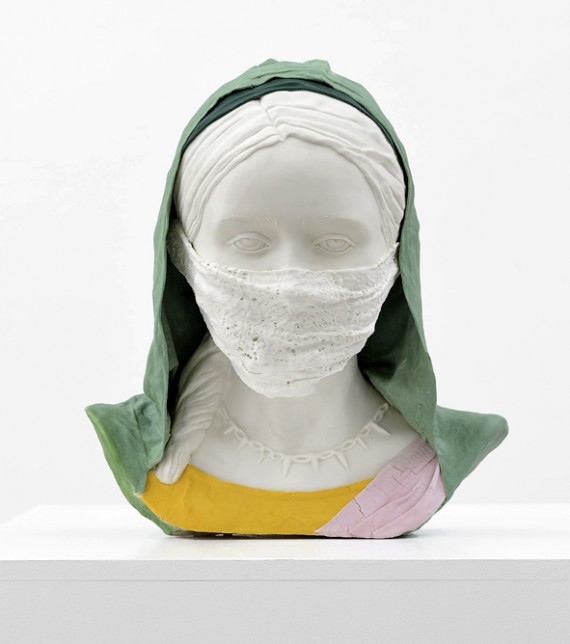 What endures when you return home after being away?

Six international artists, who were resident at the British School at Rome in 2014, reunite to consider how their time in the city has influenced their individual practices.

Rome’s ridiculously rich cultural heritage has made it a destination for artists since the days of the Grand Tour. The British School at Rome is one of a number of institutions, run by various nation states, throughout the city, that offer residencies to both artists and scholars. This wealth of coming and going artists creates a burden of expectation on newcomers; after all, following in the footsteps of Cy Twombly and Philip Guston is never an easy thing to do. The pressure to produce is balanced by the sheer luxury of being able to spend time exclusively on one’s own practice, disconnected from the day-to-day reality of the familiar. However the full impact of time spent in the Eternal City is hard to assess while bathed in its golden glow and it’s only after returning to the mundane everyday of home that the influence of being away can really be measured.

Ursula Burke’s work deals with issues of representation and identity within post-conflict Northern Ireland. Utilising a range of formal techniques drawn from the canon of fine art classicism, she sets up dialogue between idealised versions of society expressed through the classical period and potential constructions of the ideal within contemporary Northern Ireland.

Archie Franks’ paintings combine mundane domestic realities with the grandeur of art history. They are an attempt at juxtaposing the sublime and the paltry, or even the reconciling of the everyday with the magnificent. Motifs of animals and food are a constant, along with elements taken from the baroque and rococo periods. They are made using juicy, thick, decadent paint.

Daniele Genadry’s paintings embody the construction of visual experience through memory, movement and migration. She uses various media to create and translate images of the landscape and examines how this mediation alters our perception of time and space. Multiple viewpoints, decentralized images and shifting frames within the work address the distance necessary to merge a documented moment with the narrative of passing geographies.

Mason Kimber’s practice is concerned with the idea of ‘Architectural Memory’. This work stems from a fascination with the various styles of spatial illusion depicted in Pompeian fresco painting. His images float between the suggestion of perspective and the flatness of the picture plane. Creating scenes of spatial possibilities and associations, which remain on the verge of dissolving like the visual traces of a memory.

Annika Koops’ paintings and photographs reflect upon the breakdown of barriers between physical and virtual space. The interchange of animate and inanimate objects is explored in relation to our increased interfacing with technological objects and reliance upon automated guidance. By alluding to both proto-Renaissance painting and digital imaging, she reflects upon the persistence of historical aesthetics, resulting in works that are highly synthetic and temporally indefinite.

Cathy Lomax’s workrelates to the dissemination of film imagery, most notably in her on going Film Diary series. In Rome she identified with Karen Stone, a character in TheRoman Spring of Mrs Stone, a 1961 film based on a Tennessee Williams novella, who finds herself ‘drifting’ through the city. Fontana, a work started in Rome and finished in East London, features a series of women, cut out and re-arranged on a staircase as if it were a Cinecitta film set. The goddess-like women, who are costumed from film and fashion (including the Rome based designer Valentino), descend the stairs, frozen like the omnipresent statues in the Eternal City.