For a decade photographic artist Roger Coulam has photographed Blast Beach near Seaham on the County Durham coastline, a place once blighted by heavy industry. Dawdon Colliery sat on the cliff top there for 84 years dumping millions of tons of coal waste straight onto the beach. A major clean-up began in 1997 but mining pollution remains.

His pictures consider what would be left behind if our society ended today, and how our lives and culture might be interpreted by the people of the future. He has collected cultural objects found scattered and washed up on Blast Beach and made striking and thought provoking compositions with them. Over 1000 unique items have been used to make scale-sized pictures which have relevance to us all.

“Industrial items still wash up on “The Blast” but increasingly plastic dominates, often mixing with colliery waste and landfill from several previous generations. In the ocean plastics can take 400 years to break down but will never biodegrade, and 90% of the UK’s coastal rubbish is single-use plastics. For every mile of our beaches there are approximately 5000 items of marine plastic pollution.

I hope that these pictures offer a small glimpse at the cultural legacy our daily choices leave behind.” – Roger Coulam 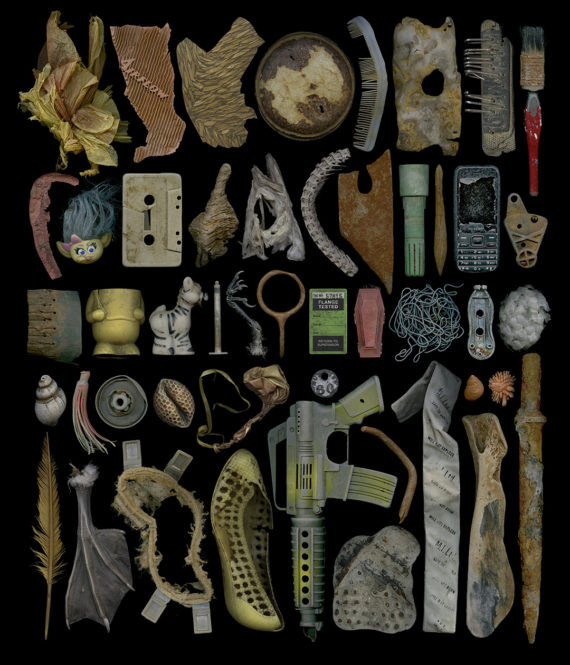