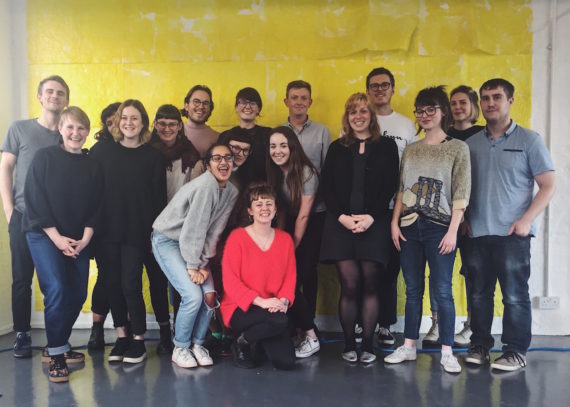 What kind of a year has 2017 been for you?
It’s been a pretty incredible year for Grand Union, for a variety of reasons. Last year we made a lot of changes to the organisation, thinking about what we want to do, who we want to do it with and how we want to support people. This has resulted in a shift in our programming and our vision for what we are doing this year, and over the next four years. We slowed down the rhythm of the programme to three shows and have introduced research themes for each year, giving us more breadth to examine an idea slowly across 12 months. This year’s focus was on ‘Communication and the Voice’ and how we work with our neighbours and groups of people in Birmingham. We have always been committed to platforming emerging talent and this year was no different. We worked with independent curator Vanessa Boni on her project ‘Hand and Mind’ in the spring, followed by two solo shows in summer and autumn by incredible female artists Seecum Cheung and Susie Green.

What has changed for the better and what, if anything, has changed for the worse?
I guess the most newsworthy item is our new NPO status. This has been something our director, Cheryl Jones, has been working very hard towards and it’s brilliant both for us and Birmingham to have some more security in cultural organisations like ourselves. We’ve focused a lot of our energy this year on nurturing curatorial practice. This has come through strands like our Curatorial Curriculum, an alternative educational programme for emerging curators, consisting of intensive workshops led by internationally-renowned practitioners. We had a great first roster of participants, and we will be continuing with a new batch of recruits next year.

Seán Elder, our associate curator, also joined us halfway through the year, moving from Glasgow to take a hugely active part in programming as well as curating a two-person show at the gallery next summer. This meant we had a new member of the curatorial team in addition to a number of new studio holders and resident artists in a doubling of our current studio provision supported by ACE and Birmingham City University. Artist Mark Essen has also set up Modern Clay, an artist-run ceramics studio providing residencies, workshops and facilities. We hosted our first Curators-in-Residence, Anna Santomauro and Valerio del Baglivo, who have programmed ‘VOZ RARA’ in response to our ‘Communication and the Voice’ theme. We’re planning to continue this residency scheme in order to have these necessary longform conversations and self-examinations.

All of these points have been important in establishing a number of voices within the organisation, creating conversations within the gallery programme and more widely in the city of Birmingham. 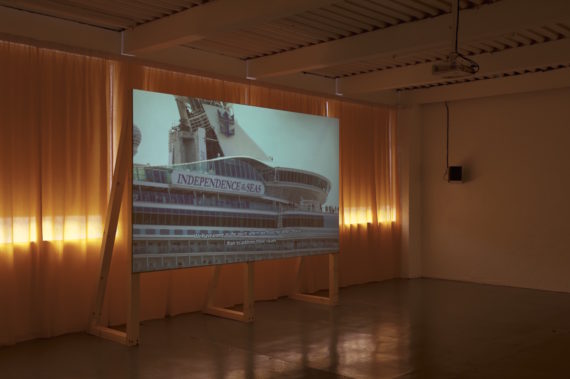 What do you wish hadn’t happened this year?
We read recently that the word of the year according to Merriam–Webster is ‘feminism’, and what a year it has been – although we wish there still wasn’t so much work to be done for gender equality in 2017. The Women’s Marches earlier this year were incredible, and the #metoo campaign has gained such momentum and visibility, albeit not without valid criticism. We feel we are surrounded and supported by so many strong and incredible women, but that there is still so much work we have to do to be heard. What we try to nurture and make room for at Grand Union are conversations like this – it’s what permeates our programme.

We would have loved for Brexit decisions to be reversed and the election of Trump to have never occurred but that’s not the reality we’re living in now. As a cultural organisation working in one of the largest and most multi-cultural cities in Europe, we have to respond to this rising tide appropriately with our programme. Seecum Cheung’s solo project this summer, ‘The Dutch Window’, charted a variety of political parties working within a system of proportional representation in the Netherlands, and the show coinciding with the snap election here meant that very quickly we had to consider how to accompany this with a rich programme of events and engagement. We’re hoping to continue these conversations next year with a number of artists working to develop research around learning, social history and identity that we hope will reflect the necessity for mobilisation across communities.

What would you characterise as your major achievement this year and why?
We have been really lucky to work with so many amazing artists that have contributed incredibly to the visual arts scene Birmingham has to offer (particularly in terms of representing a number of backgrounds, experiences and walks of life). They have taught us an enormous amount about the world we are navigating. We’ve collaborated with the festivals Fierce and Shout again, promoting a variety of queer and women’s practices. We’ve also doubled our provision for affordable studios – a massive problem for artists working in Birmingham today. We’ve also been lucky enough to work with charities such as The Feast, a multi-faith youth organisation, and Crisis, a charity for the vulnerably housed. Being able to sit in the centre of such a network of inspiring, inquisitive people has been really beneficial for us. 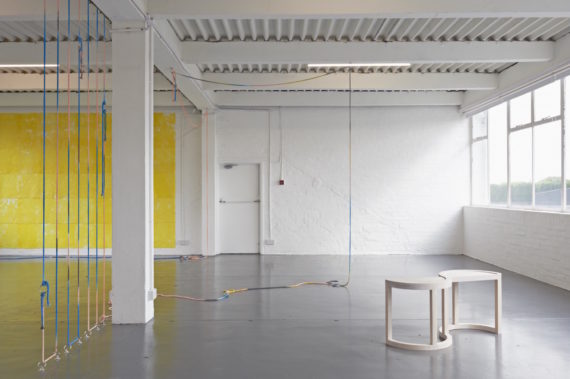 Is there anything you’d like to have done this year but haven’t?
One thing we have been thinking a lot about is childcare. We are a small team at Grand Union, with three part-time members of staff, all of us working flexibly in and out of the office. Cheryl has a small child who has just turned two, and it continues to be an issue trying to navigate a balance for everyone. There really isn’t any affordable childcare provision, which can exclude so many people in society. Cheryl uses an amazing scheme called Radical Childcare, run by Amy Martin at Impact Hub Birmingham, but next year in line with our research theme of ‘Care’, we want to further research how we can support changes in childcare provision.

What would make 2018 a better year than 2017?
Next year marks the beginning of our NPO status, as well as preparations for some exciting changes heading Grand Union’s way. Within our programme, we’re looking at ways we can work more internationally but still reflect the city we are in. Following on from an ambitious new installation by Melanie Jackson, ‘Deeper in the Pyramid’, we are looking forward to working with – in various capacities – artists from Philadelphia, USA, Latin America, and across Europe.

So even if politics in Europe lurches to the right and begins more consistently to look inwards, we’re hoping to continue to reach out hands to artists from across communities and nations. If we can make a programme that creates discussion and reflects the reality of the modern, multifaceted society we live in, then we’ll be fairly happy with how we’re doing.

For more in the ‘2017 – How was it for you?’ series, including Lubaina Himid, Larry Achiampong, Oreet Ashery and Common Guild director Katrina Brown, use the #hwify2017 tag