2018 - How was it for you? #1: Veronica Ryan, sculptor and Freelands Award winner  - a-n The Artists Information Company 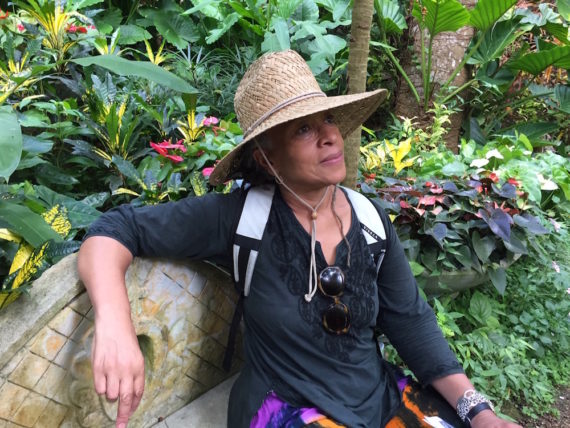 What kind of a year has 2018 been for you?
My first thought is that 2018 has been an accumulation of many years, rather than one singular year. It’s like how you’re working on lots of different things and then all of a sudden it seems as though there’s a momentum; a moment when perhaps more than one person gets something. So in a way 2018 has really come out of 2017 when I did a residency at the Art House [in Wakefield]. I was asked if I’d like to put my name forward for a residency at Porthmeor in St Ives; I was in Porthmeor for three months from May to July and that was very lively. It was very different from my expectations because I didn’t realise I would be in studio five, which was Patrick Heron’s studio. At the same time there was Patrick Heron’s retrospective at Tate St Ives, just round the corner, and so a lot of people came to that exhibition and then Porthmeor – at one point I had 24 people in the studio at the same time.

The other wonderful thing that happened in 2018 is that I went to Barbados [in November] to do a project at the Barbados Museum, which also came out of the Porthmeor residency. I was born in Montserrat in the Caribbean but I hadn’t been there since I was eight or nine, so going to Barbados was really exciting. It’s a coral island and there’s coral everywhere – I felt as though I was on another planet! 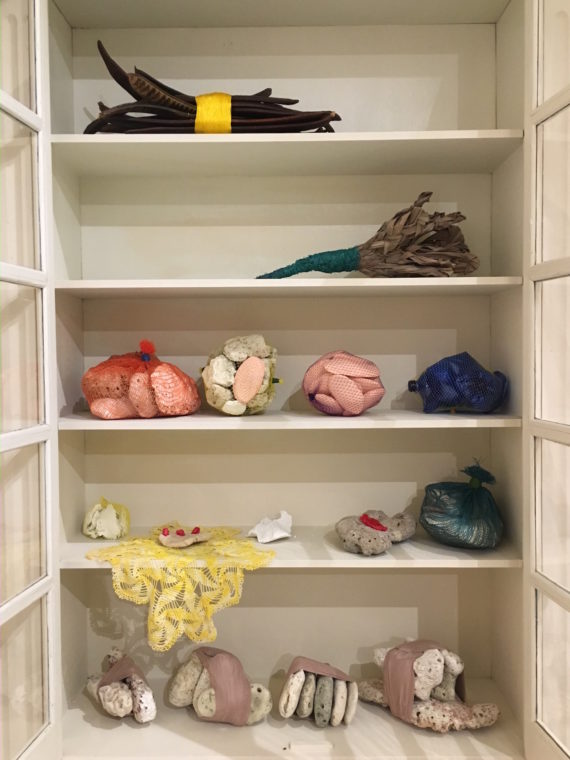 What do you wish had happened this year, but didn’t?
All I can say is that I wish my finances were comparable with the increased exposure I’ve enjoyed this year. But apart from my own personal stuff, thinking globally and how things seem to be getting more and more chaotic, I’m concerned with the amount of psychopathy we’re seeing. I see a lot of the different dysfunctions within that realm and that of course is something I hoped would have changed.

What would you characterise as your major achievement this year and why?
I would have to say it’s getting the Freelands Award – it’s been so exciting. That came out of the Porthmeor residency too. In the last week I got a phone call via the management team in the Porthmeor office saying that Spike Island wanted to get in touch with me. I had already started to pack everything away so I was thinking, ‘This is late in the day, you’re not going to be able to see anything, why do you want to come and see me at this late point in the residency?’ In the end I chose to visit them at Spike. There was a lot of work put into getting the award and of course I had to do a proposal, so when I got an email from Spike saying, ‘We got it’, that was an amazing moment for me.

The award will give me the opportunity to really make new work. It’s quite a long-term project, and there’s enough funds to do educational programmes and cast some pieces. For example, a lot of my work was destroyed in the Momart warehouse fire [in 2004] so there’s been talk about remaking some of that. When that was destroyed I realised that the body of work I had done had come out of a certain momentum, and the fire cut that off. So now I feel like I’m picking up those threads again. 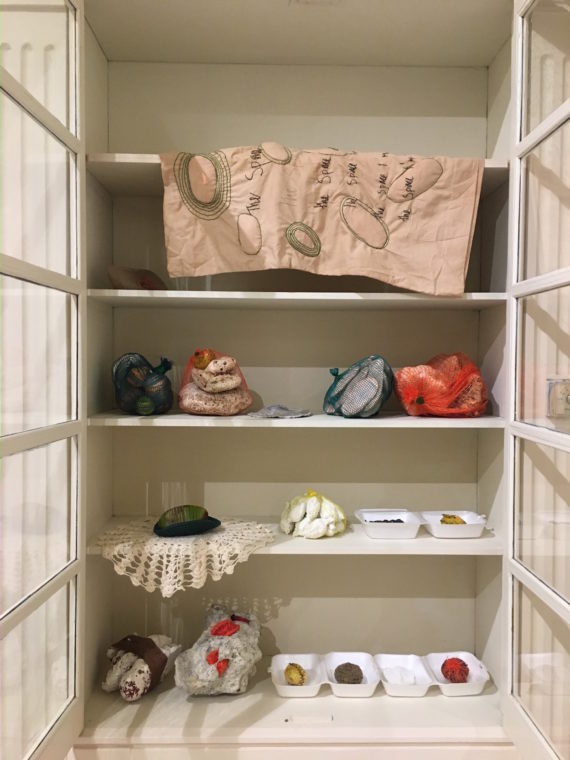 Is there anything you’d like to have done this year but haven’t?
It’s still about money, basically – I wish I wasn’t in debt, that I could travel around more easily, get back and forth to various places. For example, I would have liked to have extended the time I spent in Barbados, to have seen more and collected more materials, because the work I made there in November using coral does connect with some of my earlier interventions.

What would make 2019 a better year than 2018?
What would be really exciting in 2019 would be to have a good gallery to represent me – that’s really important as it’s quite hard to get past a certain level when working on one’s own. There’s a gallery in New York that I’m interested in that wants to do a project with me, so that could be a really interesting development. I’m also waiting to hear about a grant, which would make a huge difference if I got it. I’ve got a lot of work in progress so I’m really hoping that in 2019 I’ll be able to complete it.