2018 - How was it for you? #6: Jasmina Cibic, artist exploring nation building - a-n The Artists Information Company 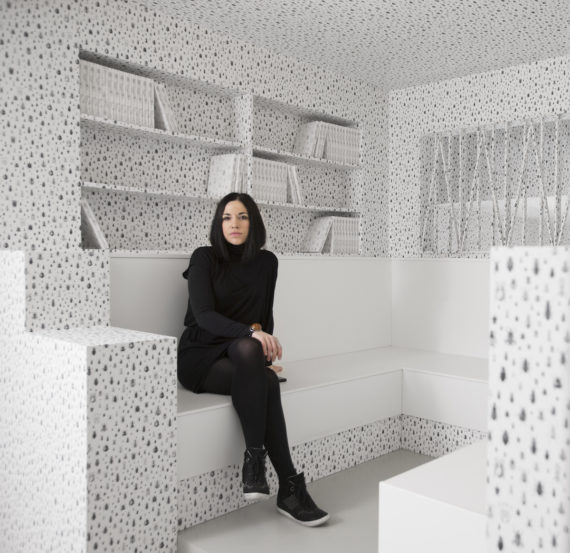 What kind of a year has 2018 been for you?
It’s been a superbly enriching and madly busy year, filled with great exhibitions, projects and two monographs: Spielraum (Distanz Verlag) and Nada (Kerber Verlag). One of the most joyous experiences was  working with the Baltic team on my solo show curated by Alessandro Vincentelli at the start of the year, which completely restored my belief in a possibility of a constructive debate on complex political themes across media, cultural production and audiences.

Straight after, I went on to develop a completely new project for DHC/Art Foundation in Montreal with the wonderful curator Cheryl Sim, where I delved further into nation building strategies through art and architecture – focusing on the apparatus of cultural production in service of the nation state. In between were other highlights of working with amazing teams, including my last film State of Illusion, which I shot in Sombor, Serbia, and the October Salon in Belgrade curated by Danielle and Gunnar Kvaran.

A particularly precious project was the group show at MOMA New York on Yugoslav modernism, curated by the amazing Martino Stierli and Vladimir Kulić, which kick-started a progressive debate surrounding a topic very dear to me personally: why is revisitation of past potential geo-political exoticisms vital within our contemporaneity. I ended the year with the Jarman Award shortlist tour where we had a complete blast with the super artists on board as well as the FLAMIN (Film London Artists’ Moving Image Network) team, who did a totally superb job. 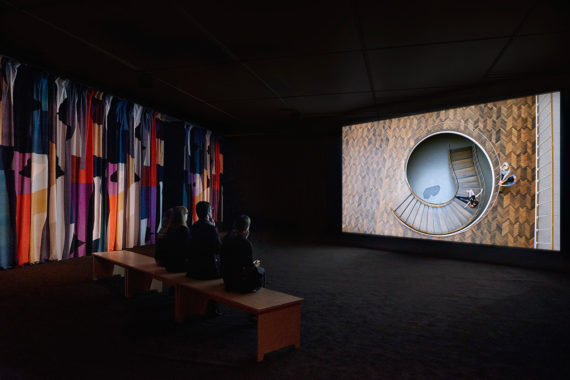 What has changed for the better and what, if anything, has changed for the worse?
As an artist working in London on large research-based projects, it is impossible to not notice the further diversification of cultural production – between research and gallery-oriented works. There are increasing budget cuts to art institutions and cultural funding globally, along with a domino effect of governments replacing museums’ and institutes’ directors and entire curatorial teams, as well as new types of censorship and even self-censorship. We are on the brink of something dark, which we can only be superseded by creating new networks and modes of working and collaborating. But I am seeing an incredible rise of political engagement from all parts of the cultural sector and I must say that I have never before worked with more activated, intelligent and witty teams. It is the time of the absurd indeed, but what better field to be in within this reality than art?

What do you wish had happened this year, but didn’t?
My nine-year-old daughter’s Christmas list wish: the demise of Donald Trump, no Brexit and a scented candle.

What would you characterise as your major achievement this year and why?
Being part of this year’s Jarman Award shortlist with some incredible artists has been kaleidoscopically magnificent. I have been based in London since my Goldsmiths MA days but worked mostly abroad, so this was a wonderful opportunity to see how the practice engages with UK audiences – especially due to the geopolitical exoticism I like to problematize within my work. The FLAMIN team’s touring of Jarman Award work around the UK is something that really should be applauded as it is increasingly rare.

Is there anything you’d like to have done this year but haven’t?
Travelled to MUMA Monash University Museum of Art to see one of my installations, which I never actually saw in real life.

What would make 2019 a better year than 2018?
Calmer days and more thinking space. More time with young feminists from my daughter’s class. And of course, the demise of Donald Trump, no Brexit and a scented candle. 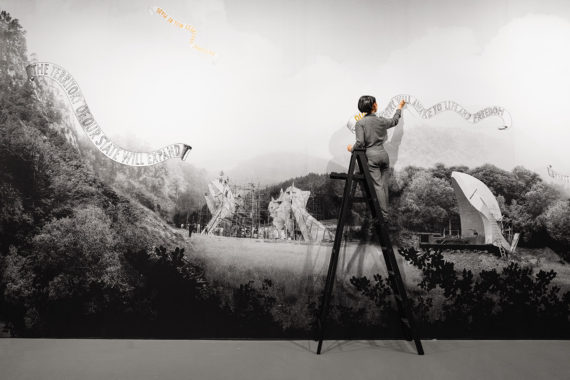