A boat of one's own: women, art and the wide open canal - a-n The Artists Information Company

The Mayor of Liverpool Joe Anderson recently made the case for redressing the share of funding for arts and culture across the UK. Though his demonstration of the cavernous gap between London and Liverpool institutions is stark, the situation in neighbouring Lancashire is far worse. The local council is being forced to make £262m savings over the next five years. Many of the region’s museums are facing closure. Libraries, public transport and women’s services are being axed.

Against this backdrop, the unlikely air of defiant celebration among a small gathering in Burnley on International Women’s Day was uplifting. The cause was the launch of a new floating arts centre, which will tour the waterways of Lancashire and West Yorkshire until 2017.

The centre forms part of idle women (on the water) – a project to connect and initiate art by women throughout the region – and takes the form of a tailor-made narrowboat which will provide the base for a series of female artist residencies. Most of the people at the launch were local, accompanied by children, and had played an active role in the project so far. 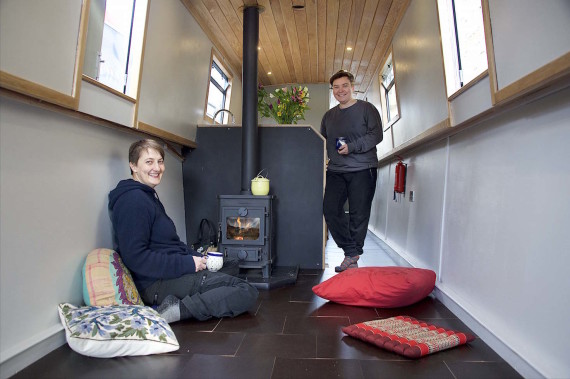 The not-so idle women behind the project are Rachel Anderson, formerly creative producer at Art Angel, and Cis O’Boyle, collaborative performance maker and lighting designer. They explain how, after spending a number of years working in London within the arts and on women’s projects, they had grown increasingly disillusioned and frustrated. Disillusioned by the emptiness of terms such as ‘socially engaged practice’ and the box ticking that comes with it; frustrated by the patriarchal, capitalist nature of the art-world; the over-provision of arts within London compared to the rest of the country; the elitist network of opportunities for artists and the narrow audiences that they primarily serve.

“It’s something that many practitioners are concerned about right now and are trying to fight,” Anderson hastens to add, “but there comes a point when you realise you’re going down with this ship; you’re burning out.”

The idea for a project on the water came partly from the need for a physical space in which to attempt a new way of working – working ‘with meaning’ as they put it. The boat signifies a slower approach, more connected to the natural environment. It also affords independence (land proving too expensive) and the freedom to travel to the many different women they want to work with. They were initially drawn to the North after hearing about Super Slow Way – the new Arts Council England-funded arts commissioning programme working with communities along the Pennine Lancashire canals – now a partner for the project.

“The area very much spoke our language,” O’Boyle explains, referencing its long history of women’s strength and resistance. This is physically present in the canals and cotton factories left behind by the industrial revolution – markers of the highly patriarchal sphere in which women carved out livelihoods and raised families. But also in the natural landscape – the pair point to Pendle Hill, the seat of the 17th century Pendle Witch Trials. 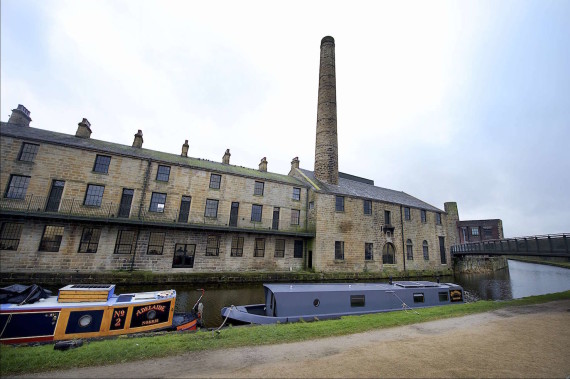 Speaking with emotion, Salma, who works for Humraaz (a specialist support service in Blackburn for women experiencing domestic abuse), described her shock and excitement when she first heard that a local women’s project had received funding. Anderson and O’Boyle have been working closely with women from Humraaz and Lancashire Women’s Centres over the past few months, holding events and workshops, and collaborating with them on the boat’s design, along with the female-led architectural practice muf architecture/art. The deep significance of the relationships that have formed is apparent in the many kisses, hugs and tears throughout the day.

The boat – officially named the Selina Cooper after the Cornish-born northern suffragette – is a haven. Stepping inside, you are greeted by the warmth of a coal stove, a cushion-lined communal space and the faces of local women – the ‘change makers and activators’ who have been involved in the project so far, photographed by Dana Popa (pictured bottom). Recalling the time spent painting the boat in the snow and the effort that went into laying its oak floor, O’Boyle says: “We had to create a beautiful space to come into. It has to be like a gift. Women need something special; a place of our own.” A lot of thought went into the design, particularly around how to economise on internal space and maximise external space in order to accommodate as many visitors as possible.

The first artist to take up residence will be Martina Mullaney later this month, along with her seven-year-old daughter and their dog. Like most of the artists, Anderson and O’Boyle have worked previously with Mullaney. They were keen to invite individuals who they knew had both personal and creative experience of working in this context. 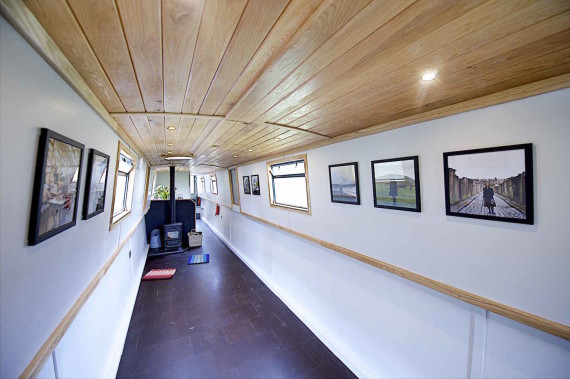 A single mother herself, Mullaney’s practice is rooted in the role of mothers in society and the challenges and barriers they continue to face, not least in terms of creative expression. She is the founder of Enemies Of Good Art, a movement that seeks to investigate the possibilities of combining art practice and family commitments. On the brink of her stay, she describes feeling privileged at the prospect of meeting other women from the area and having the opportunity to make art outside of the pressures of everyday life.

Over the next two years, the Selina Cooper will stop at places including Blackburn, Burnley, Manchester and St. Helen’s, holding events, workshops and inviting people to engage along the way. Anderson and O’Boyle are inspiring people. Speaking of the cuts to Lancashire County Council’s budget, O’Boyle remarks: “If this happened in Lambeth, there’d be a war on the streets.” We need more women like them.

idle women (on the water) is a collaboration with Canal & River Trust, working with Super Slow Way, Heart of Glass, Creative Scene and 42nd Street, three projects funded by Arts Council England’s Creative People and Places programme which encourages people to engage with and shape their local arts scene 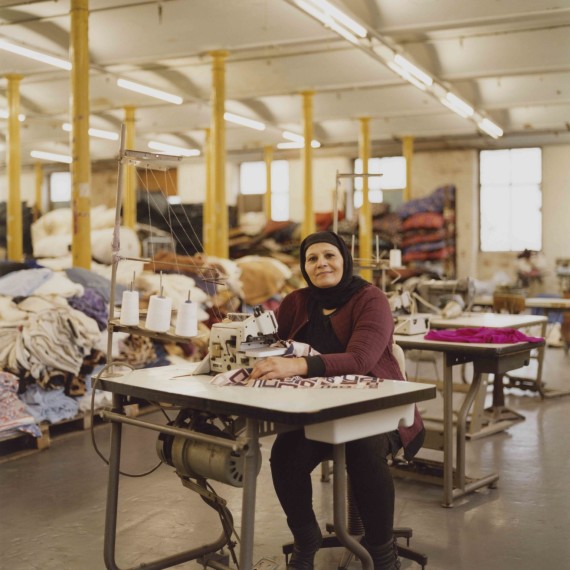 Ten years of Airspace Gallery, Stoke: “We feel like it really belongs to our city”