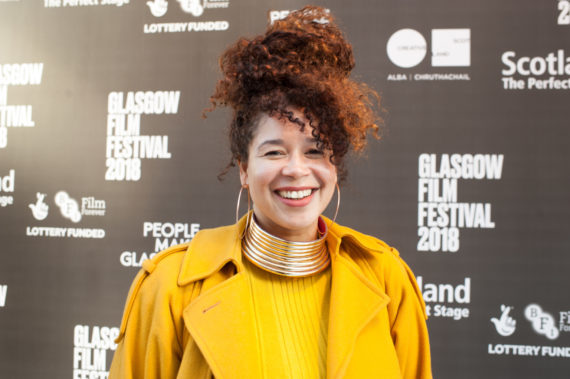 Glasgow-based filmmaker Alberta Whittle has won the ninth edition of the Margaret Tait Award. She will receive £10,000 in prize money to create a specially commissioned film for next year’s Glasgow Film Festival.

The Barbados-born artist, researcher and educator has exhibited internationally, including at the Johannesburg Pavilion at the 2015 Venice Biennale, Framer Framed (Amsterdam), Royal Scottish Academy and Glasgow’s David Dale Gallery.

Explaining the impact winning the award will have, Whittle said: “I am so excited by this opportunity to develop a new body of ambitious work. The award will allow me to bring together my research on authenticity, memory, history, loss and healing.”

Whittle, who is on the current committee of the artist-run Transmission Gallery, was shortlisted for the award with three other Scotland-based artists: Aideen Doran, Rob Kennedy and Corin Sworn.

In a statement, the jury said: “Alberta is at an earlier stage in her career than many other winners of the award but the panel were impressed by the way that her practice offers up new ways of thinking about place, landscape, ownership and agency in Scotland and further afield.”

The award is named after the Scottish filmmaker, writer and artist Margaret Tait (1918-99) who was known for her experimental documentary filmmaking. It is given to a Scottish or Scotland-based artist who has established a ‘significant body of work within film and moving image’ over the past 5–12 years.

She will also feature in ‘There’s Something In The Conversation That Is More Interesting Than The Finality of (A title)’ at the Showroom, London, 28 March – 5 May. www.theshowroom.org