Alex Hetherington: "What is modern Edinburgh? What is Edinburgh film?" - a-n The Artists Information Company 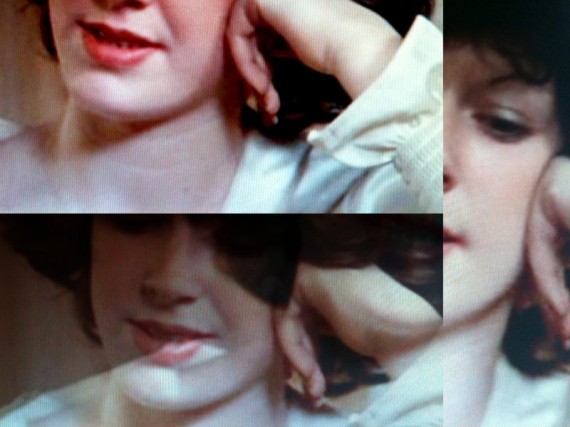 ‘Displayed revisions echo future actions’; ‘Drawing time, no characters’; ‘The decorative screen, no purpose other than to remain very, very, very, very beautiful’. These are three of sixteen ‘themes’ proposed by artist Alex Hetherington in his call for contributions to his current research project, the Modern Edinburgh Film School.

Hetherington describes the project as a “participatory film school with a broad cast of local, national and international artists – it’s an opportunity to engineer scenarios where practitioners, who may be aware of each other’s work but haven’t collaborated before, can come together to generate new dialogues.”

Practitioners in visual art, poetry, performance and moving image were invited to submit pieces that evidence non-narrative, oblique or sensitive approaches to the screen. Selected works will be presented at a series of screenings, events and workshops taking place at Edinburgh Sculpture Workshop (ESW) and Embassy Gallery over the next six months; other outputs include film essays and a published zine, Edinburgh Homosexual.

The project takes its lead from alternative and free school forms such as AA Bronson’s School for Young Shamans, a group exhibition in 2008 (and proposed but unrealised masterclass) that brought together artists who identified with queer art to explore new approaches to collaboration; and experimental performance workshops led by Franko B as part of Glasgow’s New Moves festival in 2009. “I wanted to open up my practice to these alternative approaches,” Hetherington says, “and I’m interested in the question of what ‘qualification’ actually means, especially considering the costs that are involved now.”

The School is running in association with ESW, and responds – in both practical and conceptual terms – to the centre’s striking new premises in Newhaven, an historic district of Edinburgh that overlooks the Firth of Forth. “The new studios are intended to be multi-purpose – ‘spaces of uncertain function’,” Hetherington explains, “so all kinds of things can happen there. And I’m interested in the way the centre sits slightly abrasively against its surroundings – this elegant, modernist structure with minimal, clean lines. Edinburgh is not a modern city and traditionally has been perceived in terms of painting, sculpture and literature, but not in terms of moving image. We’re posing the questions: What is modern Edinburgh? What is Edinburgh film?”

Margaret Tait is the one name that comes to mind when thinking of artists’ film in Edinburgh, and indeed she remains an important creative influence and guiding light for Hetherington. “She is like a ghost who keeps appearing in the project,” he says. “I wanted to recapture something of the spirit of 1960s Edinburgh – the social aspect of the Rose Street Film Club, the sense of community, of bringing people together.”

He also cites conceptual artist Tom Marioni as a key inspiration. Marioni – whose salon work The Act of Drinking Beer with Friends is the Highest Form of Art will be re-enacted for the Film School’s closing symposium in August – visited Edinburgh in the 1970s where he performed his seminal sculptural action Drawing a Line as Far as I Can Reach at the Richard Demarco Gallery.

“As an American coming over to Scotland – the new world coming back to the old world – Marioni observed a sense of elsewhere-ness,” Hetherington says. “He described it in an essay of the time as ‘the Edinburgh camera’. It is these hints of alternative perspectives that I’m trying to recapture.”

Many of the artists contributing to the screening programmes are women: Daria Martin, Catherine Sullivan, Anne Colvin and Clare Denis, amongst others. Hetherington is keen to listen to these ‘alternative’ female voices in what he sees as a traditionally male-dominated environment. “Edinburgh can seem a parochial, authoritarian city,” he says. “Masculine voices dominate in the arts – there’s never been a female director of Edinburgh International Festival for example. I don’t want to say too much about it, but there’s definitely something there about female connotations. I’m just interested in really good work, and there’s a lot of good work by women artists out there at the moment.”

Although he speaks passionately and eloquently about his project, Hetherington is modest and unassuming in his approach. He describes the School as “discreet and academic”, and while he has engaged in some “gentle fundraising” to support publication costs, he opted against crowdfunding or similar public initiatives as it didn’t seem in keeping with the nature of the project. “But people have been incredibly generous,” he says, “especially when they realise I’m doing this for such a small fee. It’s not exactly ‘anti-austerity’, but it goes to show that when arts budgets are being cut people can become even more contributory.”

True to the ‘positive feeling for film’ that Margaret Tait observed on Rose Street in 1954, Hetherington is succeeding in reaching out to the city’s artist, filmmaking and academic communities. “Little networks have started talking,” he says, “and people are asking me to curate other film screenings and events.”

“The project is growing organically,” he adds, “fuelled by wonderful and generous conversations with people along the way – I really feel the person who’s learning the most is me!”