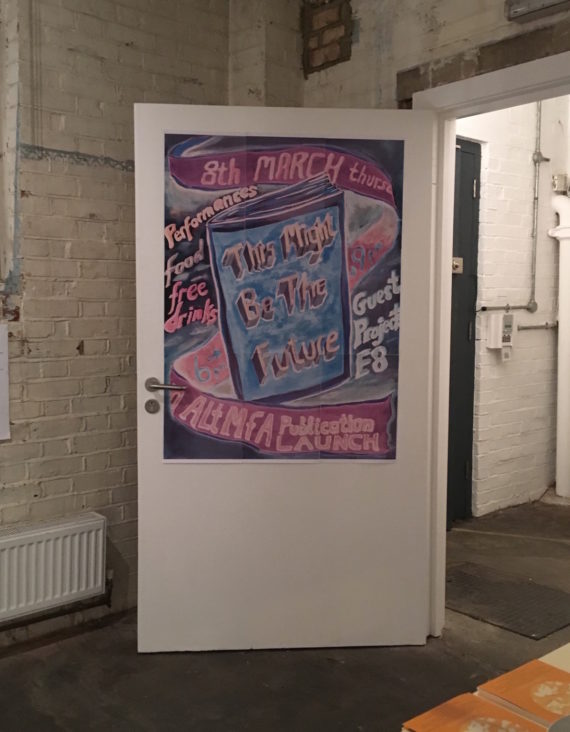 Alongside six other artist groups, London-based peer-led art school AltMFA was awarded the a-n artist-led group bursary last spring to fund its collective research interest in ‘The Future’. The year-long programme included a series of talks and workshops with academics and artists such as Nina Power, Assemble, Florence Peake and Hamish MacPherson.

This alternative art school is non-hierarchical and invited speakers were selected from a top ten list drawn up by each AltMFA member. This meant that the range of speakers who contributed to ‘The Future’ programme fostered an abundance of interests and provided a balanced curriculum.

Since 2010 AltMFA has been a free education programme with no entry requirements, and participants contribute with their time and energy. Responding to the increase in tuition fees there was a conscious decision to avoid the exchange of money, and up until last year any external input has relied on negotiation and payment-in-kind.

The bursary is the largest piece of funding the group has received. They applied because it specifically connected with the programme’s values and gave them the space to explore new ways of working. 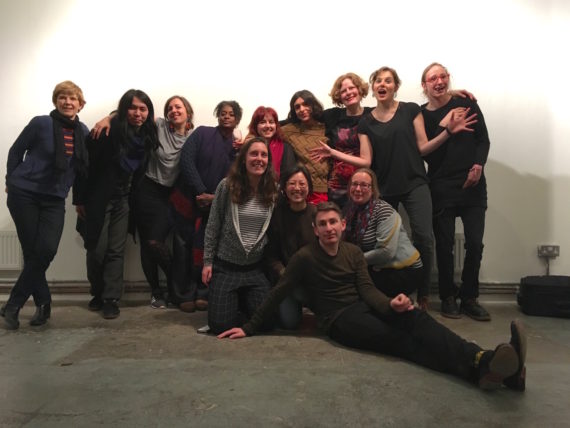 Co-founder Louise Ashcroft, who studied at the Ruskin and Birkbeck College before setting up AltMFA, says that the a-n bursary allowed them to “pull on the vast resources of knowledge that we are really lucky to have in London”.

A significant outcome of the bursary is the publication This Might Be The Future, an archive of work made by AltMFA students in response to the The Future programme’s visiting speakers. “It was a great reason to have an event, to share learning in different ways with another audience,” says Ashcroft.

At the publication’s recent launch at Guest Projects, this sharing happened through clay workshops, sculptures balanced on a table, performances where the audience are the performers, animations, and a buffet table with future-themed snacks including meatballs made from sustainable cricket meat.

The requirement to make responses as part of the funding meant members could experiment with new ways of working that were not part of their usual practice. After presenting her response Esi Eshun, who gave blindfolded tours of the Thames shore as part of AltMFA’s ArtLicks event in September, noted that the performances were truly diverse, ranging from the humourous, the participatory and the political. 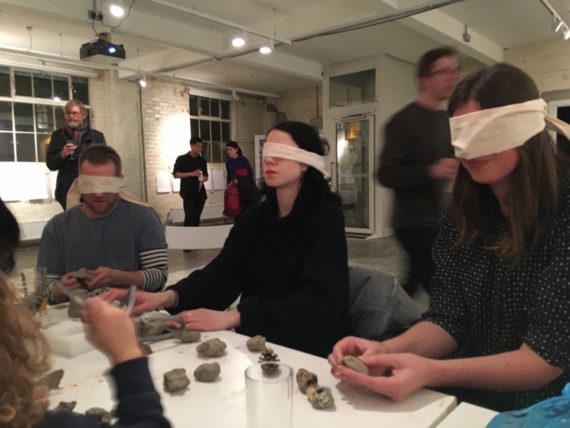 This is also true of This Might Be The Future, where limericks, tarot readings, and scripts for performance are playfully jumbled together. The contrasting approaches of each artist brings a sense of anarchy to the pages. This unfolding chaos is an appropriate representation of AltMFA’s DIY approach, as Ashcroft explains: “We are an art school that shows its guts and is too many cooks but, what you make is loveable, even in its slightly chaotic form.”

For Ashcroft, This Might Be The Future is a “clear reflection of our values in an object” and it is hoped the zine gives others interested in alternative art education a flavour of what AltMFA is about. A publication by another alternative art school, The Mountain School of Arts in Los Angeles, provided the inspiration to shape AltMFA.

Despite The Mountain School being more establishment orientated than what they had in mind, it gave an example of how an alternative MA could be organised. Growing by word of mouth, AltMFA started to meet every Monday night where participants could socialise, present their work and listen to ongoing concerns in each other’s practices. Since 2010 over 50 artists have been part of the programme, with a current active group of around half that number. 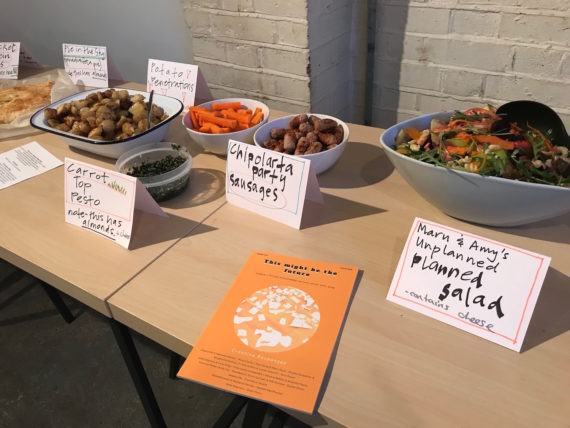 Alternative art schools, such as School of the Damned and The Syllabus, are growing in popularity. Deborah Mo discovered AltMFA after finishing her Fine Art BA at Kensington and Chelsea College and found the programme was what she needed post-graduation.

AltMFA has no beginning or end for participants. Members will even start conventional MAs while part of the group; Ashcroft embarked on an MA at the RCA while contributing to AltMFA. Members are able to dip in and out when they have the time and energy. For Ashcroft and the others it is important for AltMFA to “depend on what people need at what time in their practice”.

This ethos applies to how projects are organised. This Might Be The Future was edited by Eldi Dundee, alumni of Central Saint Martins and Chelsea College of Arts, because she wanted to take up the challenge. Similarly, the a-n funding gave the group paid administration time, which meant members who were keen to have arts administration experience on their CVs could get it.

When asked what is coming next, Ashcroft chuckles and answers: “More chaos!” A mini exhibition perhaps, maybe some time for members to get back to their individual practices, and a discussion about how to facilitate the occasional speaker. She adds: “An art school needs to be a mixture of this planned thing and a kind of chaotic and self-inventing monster.”

Read AltMFA’s This Might Be The Future on issuu 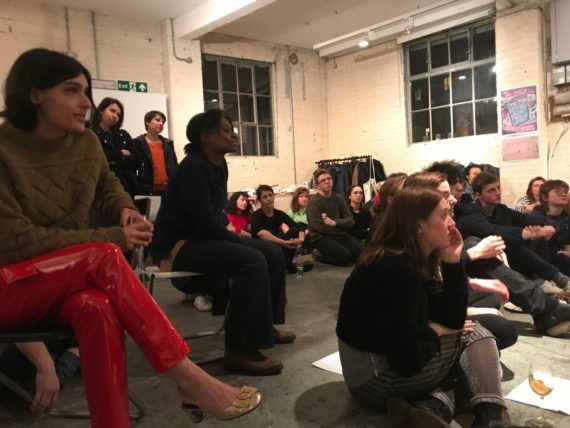 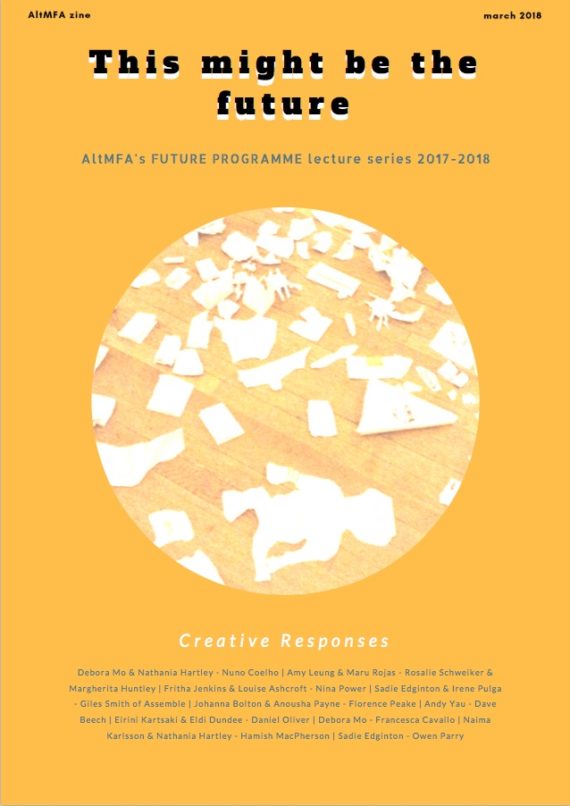 Laura Davidson is a writer based in London and one of eight a-n members selected for the a-n Writer Development Programme 2017-18. For more information on the writer programme, and to read more of the latest cohort’s work, visit the 2017-18 programme’s blog on a-n.co.uk or use the a-n writer development programme 2017-18 tag