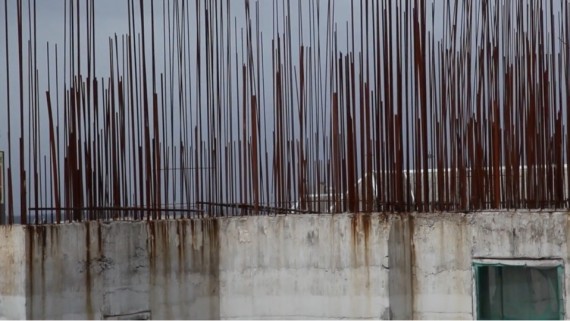 The new prize is aimed at artists who are working digitally with video, sound, and online. Lunn was chosen from a shortlist of 10 after over 200 artists entered the open submission competition.

The award is presented in partnership by London-based arts organisation Sluice_ and Berlin’s ascribe, an online organisation that addresses issues around credit and copyright for screen-base artists.

Commenting on Lunn’s work, Levine said: “Amy scored consistently highest across the board with all judges. Her film looks apocalyptic, it shows building sites left empty and half built due to austerity-led stalled investments, leaving vistas of semi-completed imagined city dreams. The film is quiet, subtle and totally mesmerising.”

Lunn receives prize money of £500 and her film will be shown at Sluice_2015 on Sunday 18 October at The Bargehouse on the Southbank, and in December at The Hospital Club, London.

Sluice 2013: more of a happening than an art fair – Dany Louise reports from the 2013 event