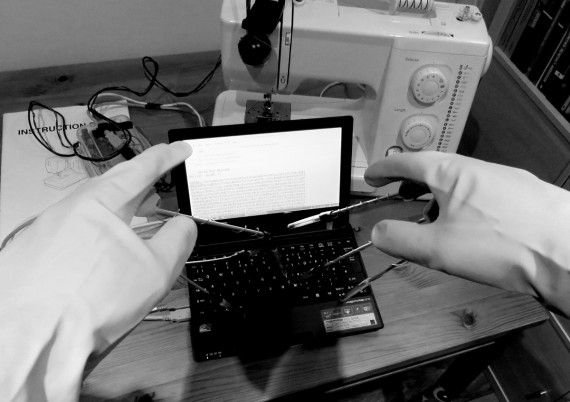 Students are protesting again to demand free education; they march and occupy their universities but there are no street barricades. Compared to 2010, when students demonstrated against the introduction of the £9000 tuition fee, this year has been quiet.

It was during a recent demonstration that I remembered a talk by urbanist Judith Ryser, which I attended some years ago at This Is Not a Gateway. Ryser spoke about the Paris student riots of 1968 and how relatively easy they had it back then: free education, free travel, social housing, maintenance grants…

And yet, they revolted against a political system which they felt was ignoring the real concerns of young people, rejecting what was regarded as a conservative education system producing out-of-date knowledge with no critical reflection. Looking around the room she asked: now that everything is so much worse, when will it reach boiling point?

At around the same time as those Paris protests, in London Joseph Berke gathered a group of academics, writers and artists to plan a different kind of revolution. Inspired by the Dialectics of Liberation conference held the previous year at the Round House in Camden, they planned a new type of institution – an Antiuniversity.

From a small building on 49 Rivington Street in East London, the Antiuniversity offered courses by iconic figures such as CLR James, John Latham, Juliet Mitchell, RD Laing and Stuart Hall. It aimed to break the structures forced by institutions such as schools and universities, providing “an alternative to the contemporary university with its ‘battery student’, gobbling information fed to him to produce eggs for the system”.

The Antiuniversity of East London only lasted nine months and – apart from the prospectus – not much is known about the courses that actually took place there. It did not lead to a complete overhaul of the academic system, but it created a legacy. And almost 50 years later, it now inspires a new generation of students, artists and activists.

The Antiuniversity Now! festival is a collaborative experiment to revisit and re-imagine the Antiuniversity of East London. With Emma Winch and Alex Brown from Hackney Museum, I set up the festival in response to the creeping marketisation of education and in opposition to what we regard as the politically motivated and intentional submission of young people through debt.

In particular, we believe that the increasing cost of education, alongside cuts to benefits and public services, has a devastating effect on artists and cultural workers. Huge educational costs and years of unpaid labour as ‘volunteers’, followed by precarious work, increasingly mean that only the wealthy can now enter the arts. Cultural institutions are becoming safe playgrounds for the privileged. The art sector is experiencing a campaign of social cleansing which will take it back three generations.

We wanted to offer a creative and political alternative based on self-reliance, mutual support and solidarity. We set to challenge academic authority and class hierarchy through an open invitation to teach and learn any subject, in any form, anywhere.

And we must have touched a nerve – we anticipated about ten London workshops and ended up with 60 self-organised events on subjects ranging from Black Power to urban mining, DIY feminist practice to three-sided football, cultural theory to sound art, a sex strike workshop to a guided walk around a nuclear power station.

Antiunivesity hosts are experts and academics, students and enthusiasts, as well as a number of independent alternative art schools, running free sessions all over the country in libraries, galleries, artist-run spaces and outdoors.

About the author: Shiri Shalmy is an independent curator and artist based in London. She works on publicly-funded projects and commissions including touring exhibitions and events. She is an associate artist at Open School East and a co-organiser of the Antiuniversity Now! Festival. @ShiriShalmy