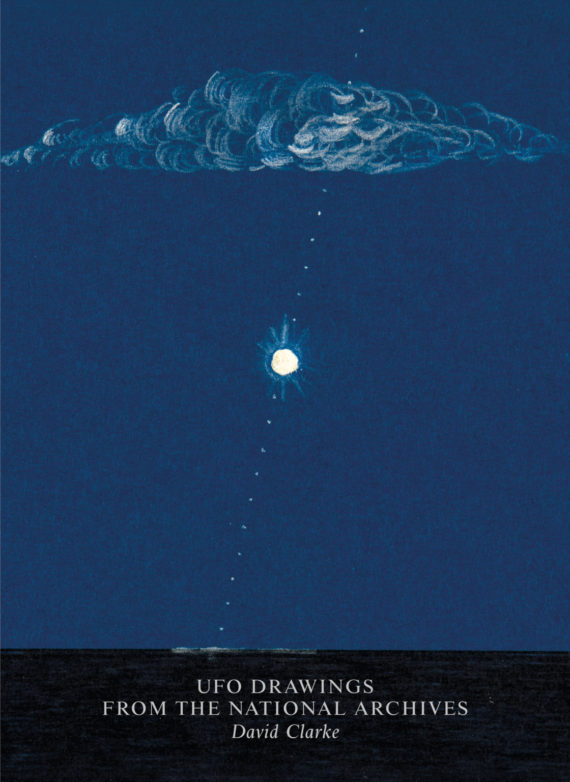 UFO Drawings From The National Archives, David Clarke (Four Corners Books)
There’s a colourful drawing of a UFO responsible for an Oxfordshire crop circle; the telepathically visualised drawings of a space craft on its way from Saturn to Earth; sketched-out markings of hieroglyphic-like signs and symbols. These drawings are just some of the 40 images that David Clarke, a research fellow in journalism at Sheffield Hallam University, has gathered from the Ministry of Defence files on UFOs. Clarke is interested in the social history of belief and superstition and in the 2000s was a pivotal campaigner for the release of these files, submitting numerous Freedom of Information requests. He was eventually invited by the National Archives to act as a consultant on the archiving and release of the 60,000 pages of correspondence detailing 11,000 reported sightings that had been gathered by the Ministry of Defence between 1962 and 2009. This publication of drawings submitted by members of the public, police officers or military personnel, along with Clarke’s well-researched descriptions, is a testimony to the power of imagination. It is a folk archive that is also, in its own way, a parallel government art collection.
fourcornersbooks.co.uk 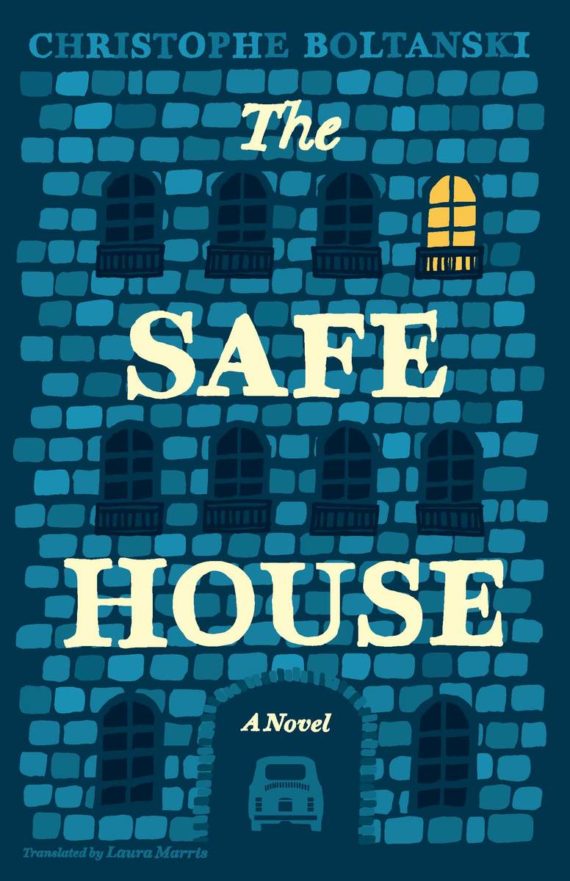 The Safe House, Christophe Boltanski (University of Chicago Press)
Room by room, author and journalist Christophe Boltanski – nephew of the artist Christian Boltanski – takes us through Rue-de-Grenelle, the segment of a subdivided Parisian mansion and former aristocratic home where he spent a large part of his childhood, sheltered and enveloped by the symbolic support of these walls and his fiercely protective grandparents. This is the story of his grandfather the Jewish doctor Etienne Boltanski who divorced his wife and publicly walked out of the family home as the Nazi occupation and Vichy regime took hold of Paris, secretly returning to a hiding space within the house where he remained for the duration of the second world war. Through the objects, furnishings and architecture, each square metre evokes the residual trauma and psychic legacies of this event. Translated into English by Laura Marris, Boltanski’s beautifully crafted passages convey a deep sense of care and regard for the house’s residents. We learn of his uncle’s first gallery and early work and of the inner strength of grandmother Myriam who chauffeurs the family unit when they travel in one of their two cars – which, as symbolic getaway apparata are of course depicted as extensions of the house. Phenomenal and phenomenological at once, this was a deserved winner of France’s 2015 Prix de Prix and by far the best novel I have read this year.
press.uchicago.edu 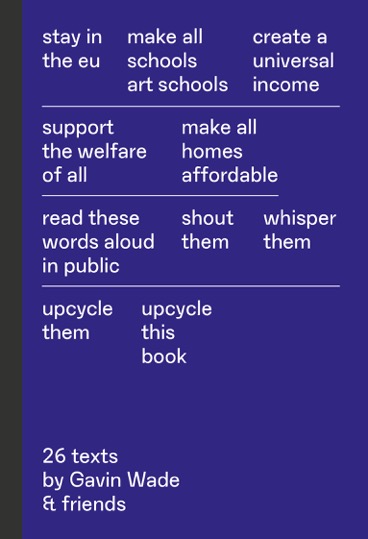 Upcycle this Book, Gavin Wade (Bookworks / Stroom den Haag)
Artist and Eastside Projects director Gavin Wade invites you to take the ideas, words or even pages from this book and creatively (and ethically) repurpose them. With a nod to Abbie Hoffman’s seminal Steal This Book, Wade situates his practice of 20 years within the grey area of the intellectual property debate, presenting his definition of an ethics of re-use. Bringing together a range of texts, interviews, scripts and drawings by Wade and several of his collaborators, the book charts his ongoing questioning of how art is displayed and who it is for. We get to revisit his brilliant, angry and thoughtful account of Tony T or Spectator T – the ‘category’ of audience member who hates art, especially when it takes over his space. From a real encounter to a fictional character and a curatorial premise, Tony T epitomises Wade’s deeply considered yet experimental approach, and desire to question his own and others artistic assumptions.
bookworks.org.uk 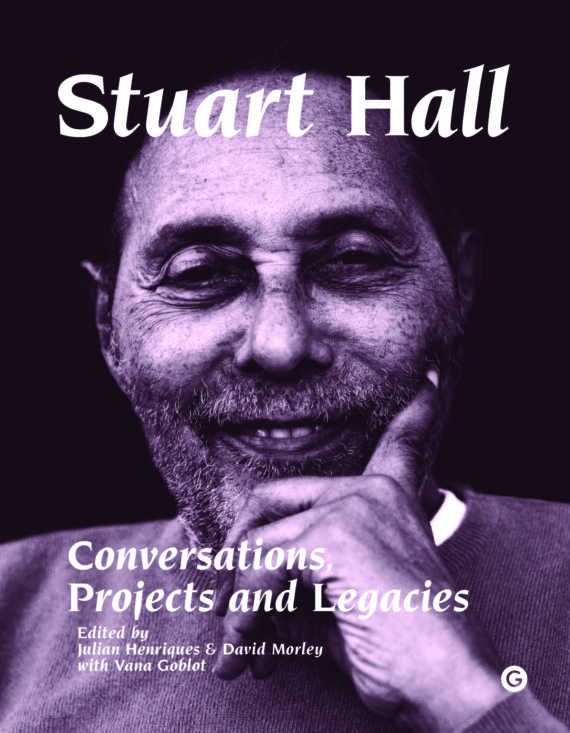 Stuart Hall – Conversations, Projects and Legacies (Goldsmiths Press)
Impressive in scope, this publication features 24 contributors across seven sections that delve into the career, ideas and impact of the late cultural studies pioneer and public intellectual, Stuart Hall. The papers are drawn from a conference held at Goldsmiths university in 2014, shortly after Hall’s death. They bring together a wide range of reflections and political contextualisations from his academic colleagues, collaborators and former students who recount his exceptional body of work and influenced a shift in public and academic debate. In 1978, Hall co-authored Policing the Crisis, which looked at the media’s influence in maintaining political systems; in his 1979 essay, The Great Moving Right Show, he coined the term Thatcherism. Among the essays, James Currran looks back over Hall’s early work, reappraising the forgotten yet innovative Popular Arts, written with Paddy Whannel in 1964, which brought about a new way of understanding and evaluating popular culture. Elsewhere, John Akomfrah speaks anecdotally about Hall’s impact on himself and other artists within Britain’s Black Arts Movement of the 1980s.
gold.ac.uk/goldsmiths-press

After Kathy Acker: A Biography, Chris Kraus (Allen Lane / Penguin Books)
During a talk at the ICA in September, author and Kathy Acker biographer Chris Kraus shared a video clip of Acker interviewed by theorist Angela McRobbie at the ICA in 1986, at the height of her notoriety within London’s punk and literary scenes. Ackers’ style is somewhat brusque, impenetrable and anarchic; as Kraus put it, she was presenting a persona. To her friends, Acker was in fact an intellectual and engaging conversationalist. As Kraus noted at the ICA, it is a different video of Acker interviewing William Boroughs at the October Gallery in 1988 that perhaps provides more insight into the character her friends describe. A biography on Acker is long overdue, and Kraus’ book is fuelled with an understanding of the scenes that the author operated in. Kraus was drawn to write about Acker having seen parallels in their careers and lives. Although they only briefly met, they knew and in some cases dated the same people. In sharp, witty prose, with an aura of knowingness, Kraus gives us an insight into Ackers’ dark emotional periods, bust-ups with friends and publishers, and her ground breaking role as a female underground author.
penguin.co.uk 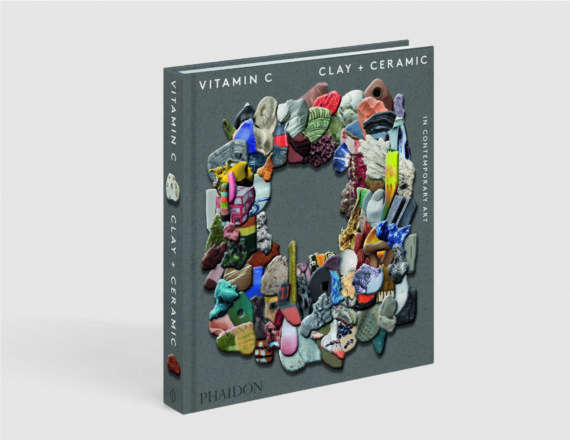 Vitamin C: Clay and Ceramic in Contemporary Art (Phaidon)
Expanding on its Vitamin series dedicated to painting, drawing, photography and sculpture, Phaidon has now brought together works by 102 contemporary artists who work with clay. Art world figures such as Whitechapel Gallery’s Iwona Blazwick, the Pompidou’s Christine Macel and Nancy Spector of Guggenheim Museum, New York have chosen artists who approach the use of clay from a contemporary art or genre-bending approach. Alongside long-established names such as Edmund de Waal, Ai Weiwei, Theaster Gates and Damián Ortega, there is Emma Hart‘s humorous glazed ceramic Boo Hoo Boob Tube, Alexandra Engelfriet’s large-scale performative land-based work, and Simone Leigh’s ceramic glazed female busts in the West African tradition that speak of and reclaim culturally appropriated forms and concepts of beauty. A personal favourite are the works of Adrián Villar Rojas, whose unforgettable dystopian universe transformed the Serpentine Sackler gallery in 2013. Clare Lilley’s introduction contextualises this critical mass of fine artists who have turned to clay.
uk.phaidon.com

Culture as Weapon: The Art of Influence in Everyday Life, Nato Thompson (Melville House)
Written shortly after his 2015 book Seeing Power, Culture as Weapon is in some ways an antithetical companion piece. Where Seeing Power speaks of inspiring projects by often socially-engaged artists whose works effect positive change or political agency, Culture as Weapon considers what happens when art in its broadest sense (we’re including advertising and PR alongside graphics and visual art) ends up serving negative causes. While the overall narrative may be familiar to those engaged in debates over culture-led regeneration or the advent of fake news, Thompson delves into and reinterprets a number of historical examples (often from the US) tracing a gradual sea change in how art is spoken about and regarded, and how this impacts on who and what may receive funding or support.
mhpbooks.com 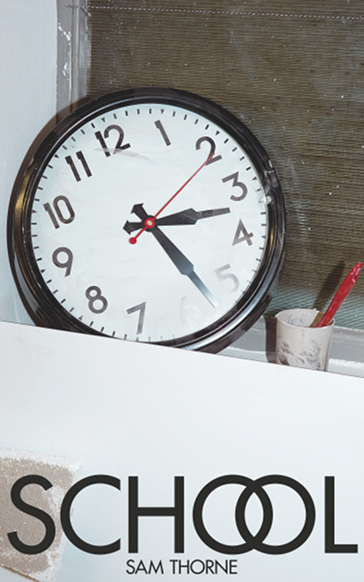 School: A Recent History of Self-Organized Art Education, Sam Thorne (Sternberg Press)
This compact, sharply written book packs a lot into its functionally designed 380 pages. Beginning life as a 2012 article in Frieze – Thorne, now director of Nottingham Contemporary, was at the time an editor on the magazine – School is primarily a series of 20 expansive and conversational Q&As with artists and others who have sought to rethink what an art school can be. There’s Tania Bruguera on her Havana-based Cátedra Arte de Conducta (Behaviour Art Department); Olafur Eliasson talking about his Institute for Spatial Experiments; Bik Van der Pol on their experiences at Sandberg Instituut Amsterdam. Closer to home, Ryan Gander talks about Fairfield International, and the founders of Open School East – of which Thorne is one – discuss their ideas of open art education. With a short introductory essay giving some historical context to the western idea of the art school and a ‘partial chronology’ of ‘self-organized schools since 1999, School is an engaging addition to the current debate around the future of fine art education. Chris Sharratt
www.sternberg-press.com