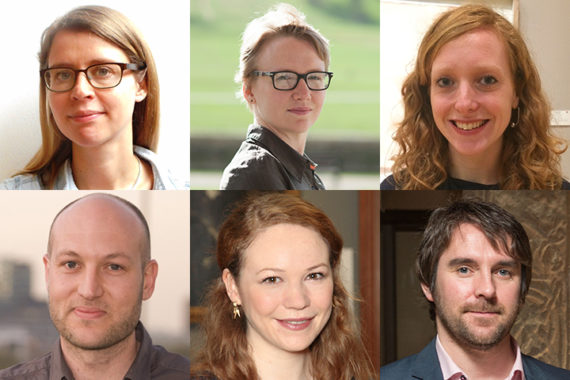 Art Fund has announced the latest winners of its £300,000 New Collecting Awards programme. Now in its third year, the awards provide a budget to each winner to invest in new avenues of collecting.

Award recipients also receive a specific funding allocation dedicated to their own professional development, to spend on research, travel and training costs, plus the ongoing support of Art Fund staff, trustees, and a mentor.

The winners include Mark Doyle, art gallery curator and collections manager at Touchstones Rochdale who has been awarded £65,000 to strengthen existing holdings of work by female artists.

Anna Rhodes, assistant collections officer at Buxton Museum and Art Gallery, has been awarded £40,000 to acquire 18th-century landscapes of Derbyshire on paper and in ceramics.

Bronwen Colquhoun, senior curator of photography, National Museum Wales, Cardiff will use her £65,000 award to collect work by American and European photographers working in the South Wales Valleys between the 1950s and 1980s.

Megan Barford, curator of cartography at Royal Museums Greenwich, London, has been awarded £50,000 to build a collection of contemporary cartographic material concerned with forced migration.

The other London-based winner is Louise Stewart, who is cross-collections curator at the National Portrait Gallery. She has been awarded £40,000 to develop a collection of popular, global and ephemeral portraits with a particular focus on pre-1600 material.

Stephen Deuchar, Art Fund director, said: “Our New Collecting Awards support the UK’s most promising, emerging curators by offering the much needed funds – and invaluable access to advice – to help them learn at first hand the art of building museum collections. I can’t wait to see what they collect and how they present them to their visitors.”

The announcement follows two previous rounds of awards; 17 curators in total have now benefitted from the scheme.

Examples of how previous awards have been put to good use include Charlotte Keenan, curator of British art for National Museums Liverpool, who was awarded £60,000 to build a fine art collection relating to LGBT culture and history.

Keenan has already purchased a multi-part installation by John Walter which will be included in Walker Art Gallery’s forthcoming exhibition ‘Coming Out: Sexuality, Gender and Identity’, marking the 50th anniversary of the partial decriminalisation of male homosexual acts in England and Wales.