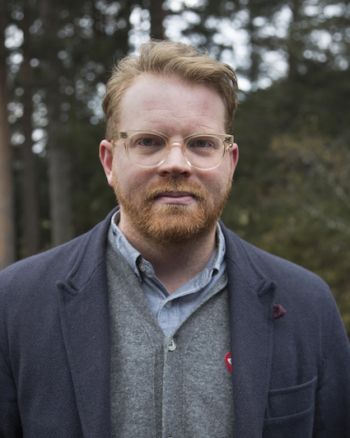 Martin Clark, director of Norway’s Bergen Kunsthall, is returning to the city where he first studied art as an undergraduate 20 years ago, to take up the role of artistic director for Art Sheffield 2016.

Clark curated his first exhibition in 1999 at the then newly opened S1 Studios, having graduated from Sheffield Hallam University. Since then, he has curated over 50 exhibitions at institutions such as Bristol’s Arnolfini, Bergen Kunsthall and Tate St Ives, where he was previously artistic director before moving to Norway.

During his tenure in St Ives, Clark oversaw a strong contemporary programme as well as presenting works by Peter Lanyon, Ben Nicholson and Barbara Hepworth, among others.

For Art Sheffield 2016 he will lead on the creative vision and curation of the city-wide event. Across six weeks, this festival of contemporary art will bring together new commissions, exhibitions and performances, with events taking place in venues and off-site locations.

“Sheffield has a distinctive and proud cultural history spanning art, music, performance, film and theatre,” said Clark. “For me it has always been a place of possibility and ambition, a place that marries a rigorous and critical international perspective with a strong local identity. I am very excited to be invited back to work again with the institutions and individuals that make up this city’s vibrant cultural life.”

Speaking on behalf of the Art Sheffield Consortium, Louise Hutchinson, artistic director, S1 Artspace, said: “We are delighted at the prospect of working with Martin. With his first-hand knowledge of Sheffield, he brings a unique international perspective to the festival. Martin has proposed an ambitious artistic programme which we look forward to announcing shortly.”

The forthcoming edition of Art Sheffield takes place 19 March – 30 April 2016. The programme will be announced later this year. www.artsheffield.org

Art Sheffield 13: a festival instigated by a work of art by Richard Taylor