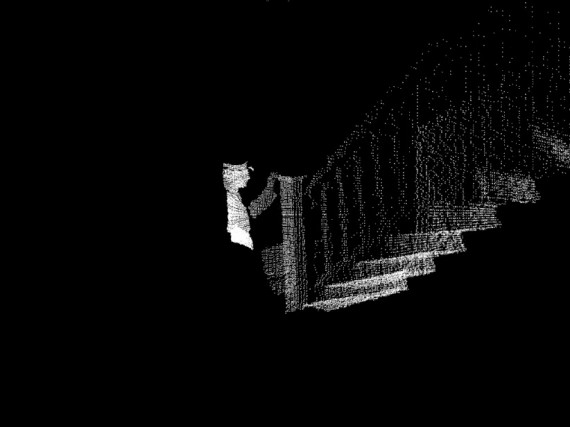 “We go to a lot of academic conferences and quite often it feels that artists’ work is clearly being framed and spoken about, but you don’t tend to hear so much from the artists themselves.”

Artist and Edinburgh College of Art lecturer Kristin Mojsiewicz is one third of Brass Art, conveners of Folds in Time: Artists’ Responses to the Temporal and the Uncanny, a one-day conference at the Freud Museum.

For Mojsiewicz and her collaborators in Brass Art – Chara Lewis (Manchester School of Art) and Anneké Pettican (University of Huddersfield) – providing a platform for the artists’ voice is key, and has informed the structure of the conference.

“We wanted artists to really talk about what happens when you are invited to engage with a space, because that’s what motivates us – being able to share those spaces with the viewer,” says Mojsiewicz.

Most of the conference speakers have a past involvement with the Freud Museum, having exhibited there or published writing in relation to it. Keynote presentations from art historians Dr Patricia Allmer – on the mobile unconscious in relation to surrealism – and Dr Alison Rowley – on humour and laughter in Sarah Lucas’ Freud Museum exhibition in 2000 – will bring specific theoretical contexts to the day’s discussions.

“We are bringing together artists and writers to look at the way [that their work] harnesses aspects of the uncanny and the unconscious, in terms of how we navigate both physical and imagined spaces,” explains Mojsiewicz.

The conference is part of the museum’s summer-long Festival of the Unconscious, which includes the exhibition The Unconscious Revisited at the Freud Museum. Brass Art’s contribution to the show, which also features sound work by Disinformation and a new film by Melanie Manchot, is a new work created in response to the museum.

Freud’s House is the second in a trilogy of videos, Shadow Worlds | Writers Rooms, which sees Brass Art document their encounters with the homes of writers using a Kinect scanner – a device usually used in home gaming. With its domestic range, the Kinect has the ability to depict the architectural space.

“We weren’t filming in a traditional sense but we were capturing our own presence through lasers being fired into the space. Effectively the lasers are bouncing off objects. So what you end up with is this quite bizarre digital shadow play,” says Mojsiewicz.

“Because of the software that you use it with, you can actually rotate the data so that you feel like you are suddenly seeing through the back of something. On an architectural level, it feels as if you are seeing through walls and moving through spaces in quite a surreal way.”

Freud’s House is exhibited on a monitor with headphones, allowing the viewer to experience the intimate physicality of the binaural sound, recorded by electroacoustic composer Monty Adkins. The film has been funded by the University of Salford’s Commission to Collect Programme and will also be displayed, later in the year, as a large-scale installation at International 3 in Manchester.

“Shadow has been a continuing motif in our practice, this idea of the shadow being able to access places that you might not be able to go. It acts as your double, as your other and that can have quite malevolent or playful connotations,” says Mojsiewicz.

“It links with Freud’s writings about doubling forming an insurance against death – like a protection of the ego. The fact that Brass Art is a collaboration; you have to put your ego to one side in order to make work together.”

Folds in Time: Artists’ Responses to the Temporal and the Uncanny takes place on Saturday 4 July 2015, 9.30am – 5.30pm at the Freud Museum. A limited number of discounted bursary tickets are available for students and the unwaged.

Festival of the Unconscious continues until 4 October 2015

A Q&A with… SelgasCano, Serpentine Pavilion architects by Julian Vigo